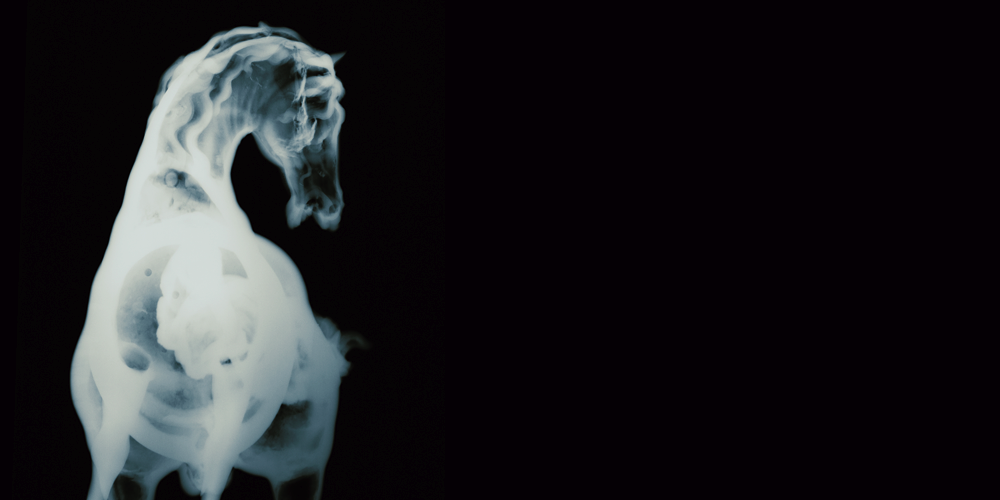 Staking Claim, a California invitational exhibition and full color catalogue, features sixteen photographers from California, all with unique styles. These sixteen photographers were chosen from over eighty nominations and were narrowed down by curator Chantel Paul by gallery and studio visits. Many of the photographers in the exhibit use a  physical and tactile approach to their photography instead of using photoshop. Matthew Brandt, for example, photographs lakes and then soaks his prints in the water of the lake he’s just photographed.  On the other hand some photographers in the series like Doug Rikard go a more digital route, using Google street view to set the stage for his images. Whether the images are created traditionally or through photoshop one thing is certain, these photographers have some serious talent. Resource spoke with Chantel Paul and got details about the creation of Staking Claim.

How did Staking Claim come about?

The exhibition is the second in a triennial series. Our first installment was in 2010. As an institution based in California, it’s an opportunity to look at work being created in our own state.

What went into the curatorial process?

The exhibition is an invitational, so it began by reaching out to professionals and colleagues- museum curators, galleries, art dealers to serve as nominators. Each individual could nominate up to three photographers. While the majority were on the West Coast or in CA, I also reached out to colleagues nationwide, targeting those that had a specific focus of contemporary photography.

Once the nominations came in, I began sorting through those photographers who were nominated. I received nominations for over eighty photographers and then began narrowing them down. I conducted gallery visits and studio visits with photographers that allowed me to ultimately choose the final group of sixteen artists who are in the exhibition. 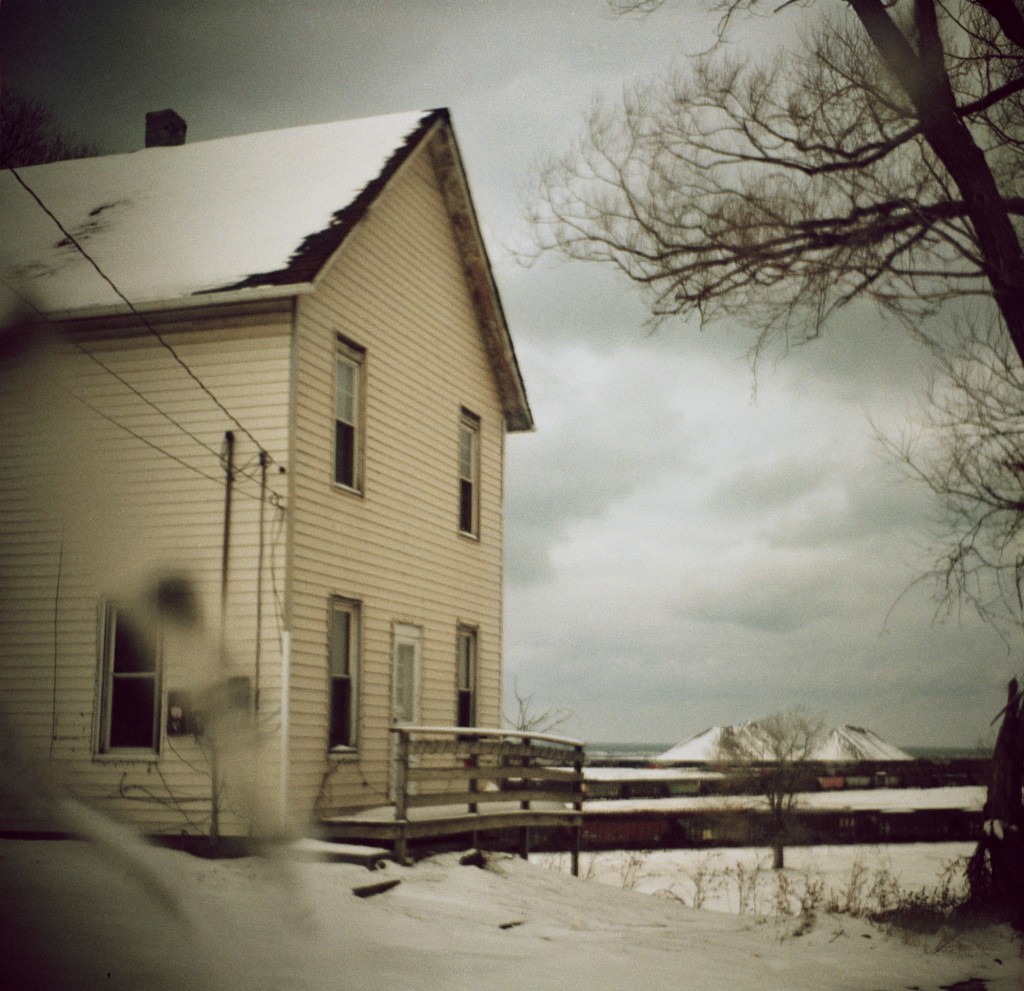 Untitled #9238-e, 2011, Todd Hido
Chromogenic print
Courtesy of the artist and ROSEGALLERY
It seems like the photographers in the book use more traditional methods to alter their photographs (darkroom, handmade cameras, etc.) was it a conscious decision to find photographers using these techniques or was it more of a coincidence?
It was more of a coincidence. I found that it was really interesting how physical and tactile so many of the approaches were, considering the accessibility of programs like Photoshop. However, there are artists in the show, like Doug Rickard, whose images are completely computer based from the use of Google Street View to the digital capture of his screen to produce each image. I really enjoyed the representation of the cross section of techniques from pinhole to large format to installation with found images. 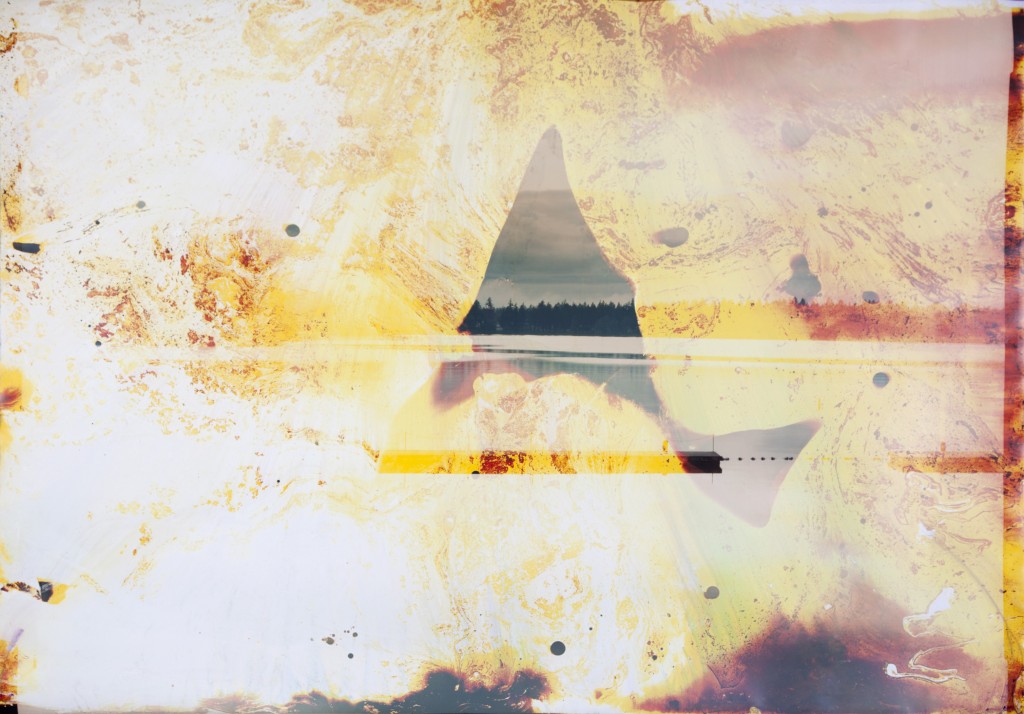 American Lake, WA G3, 2011, Matthew Brandt
Chromogenic print soaked in American Lake water
©Matthew Brandt, Courtesy of Gilad and Rachel Segal, Los Angeles
What separated these sixteen photographers from the others who were nominated?
The artists ultimately chosen for the exhibition embody the full spectrum of the medium and are are all in different stages of their careers. While I could have certainly included twenty or twenty-five photographers, I felt each of the artists who are now part of the show had very specific and meaningful approaches and view points. I definitely wanted a show that would represent variety, but that would also be small enough so that each artists’ work could be well represented. Permeation, 2012, Chris Engman
Archival inkjet print
Courtesy of the artist and Luis De Jesus Los Angeles
Was the show Staking Claim well received?
So far both the exhibition and catalog have been very well received. It opened to the public on October 8th, so it’s been about month. I’m looking forward to hearing more from visitors as the show is up through the end of January.