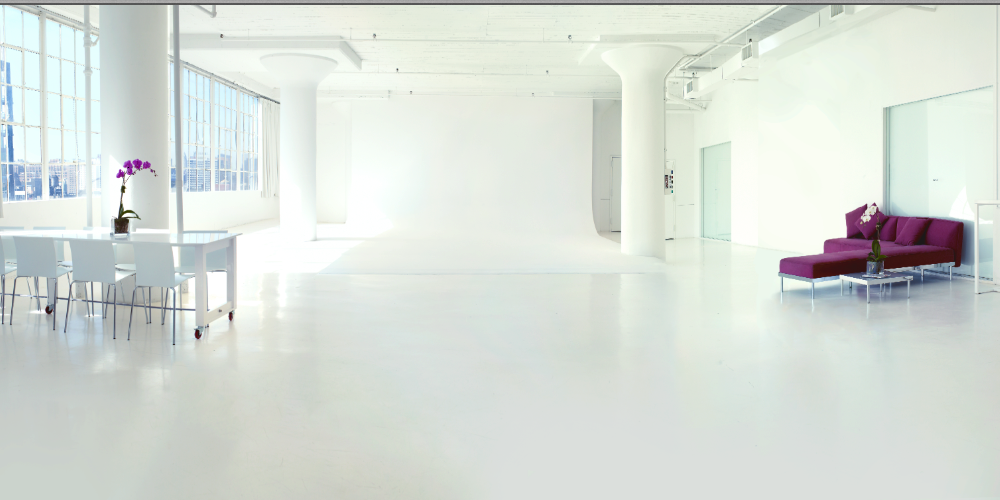 Words by Isaac Lopez I Photos courtesy of Jack Studios

Now, we could just have you sit there and read a bunch of really bad puns about Jack Studio’s name. “They DO know Jack.” “This studio is all ‘Jacked’ up.” “Jack ain’t wack.” Etcetera, etcetera. We’d never do that to you, I swear (never mind the fact that we just kind of did). All that would only delay us from telling you that the owner and founder of Jack Studios, Roy Schwalbach, is quite frankly the man—how many other people do you know can say they’re a model-turned-agent-turned-studio owner-turned-game-fisher-turned-eyewear-designer? We suppose you can call him a Jack-Of-All-Trades. (We’re really sorry.)

After being in front of the camera as a model and commercial actor overseas in the 1990s, Schwalbach conceded to being only a “legend in [his] own mind.” It was time to change career paths, and through a series of chance encounters, he came to New York and became an agent for various photographers, directors, and other creative types. 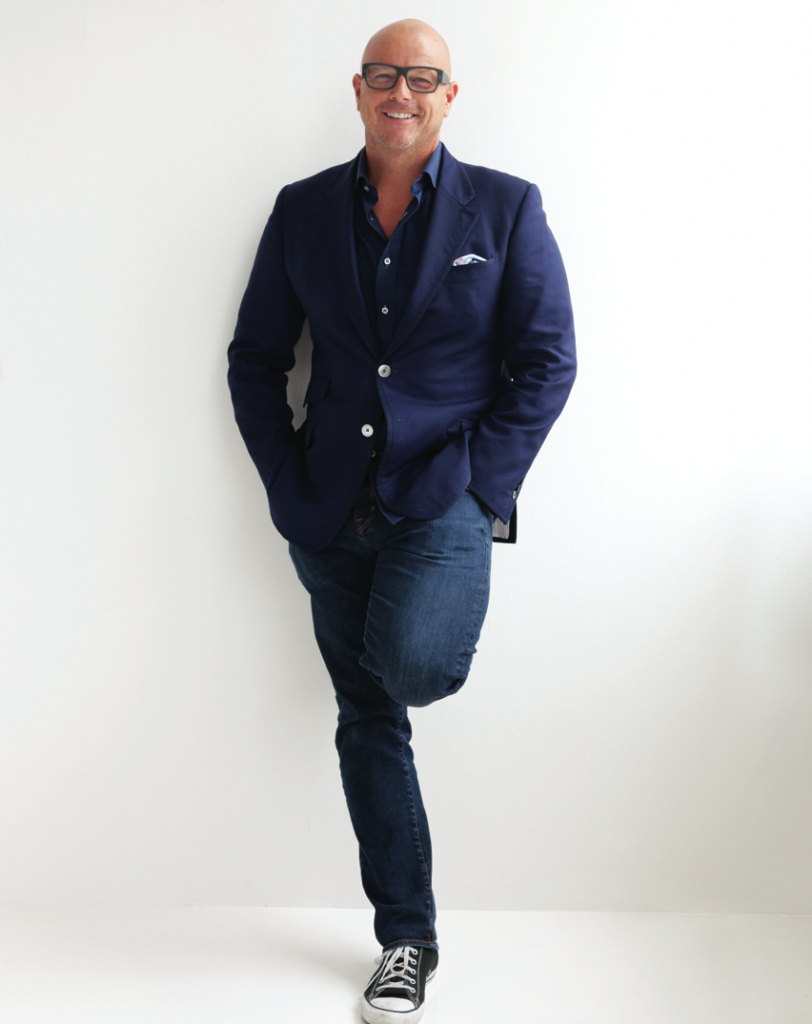 “The funny thing was that I didn’t know anything about the photo business,” Schwalbach now admits. “I just knew that I could go out and talk to people.”

In 1995, Schwalbach’s entrepreneurial, do-it-yourself spirit drove him to open up Jack Studios, a then relatively modest affair with only one space. He settled his new home in the Chelsea area of Manhattan, in the famous Starrett Lehigh Building, a colossal monolith encompassing an entire city block. Fashion behemoths such as Club Monaco, Tommy Hilfiger, and Hugo Boss call it home, though, when Schwalbach started up Jack, those guys were nowhere to be found.

“When I came, there was nobody here,” recalled Schwalbach. “In a way, I bought the entire business here—the building management used my studio as a showroom to bring Ralph Lauren and other big designers into the building. And now the building is full.”

When the need for an expansion came, Schwalbach was told there weren’t any available spaces: this was in the middle of the dot-com boom, and the building was inundated with small Internet companies. In classic Schwalbach style, he used his ingenuity to get around that problem.

“I was sitting in my office and looking around; I started thinking, ‘If I moved this wall ten feet, and I [demolished] my office and moved the lobby and the bathroom, I could make another studio, and I won’t have to spend one more cent in rent,’” Schwalbach explained. So he called a contractor, had a team of twenty people come by one Friday night to take sledgehammers to the walls, build new ones, install sheetrock, and paint the space. By the end of that weekend, his second studio was nearly completed.

Since then, Jack Studios—named after a chocolate Labrador Schwalbach had at the time—has become a full-service facility offering digital, grip and lighting, pre- and post-production, and more. The space is huge, with seven gorgeous studios totaling a whopping 50,000 square feet, amazing views of the city, a beautiful lobby, and the requisite espresso bar. Jack Studios is perhaps one of the cleanest studios you’ll ever set foot in as well. Now, you’d assume that having a spic-and-span space would be a given, but, according to Schwalbach, you’d be surprised.

“We take a lot of pride in the cleanliness of Jack Studios,” said Schwalbach. “You’ll never sit down on a wet toilet seat here. That’s disgusting! And it happens everywhere, not just in studios! For me, it’s one of my pet peeves.” 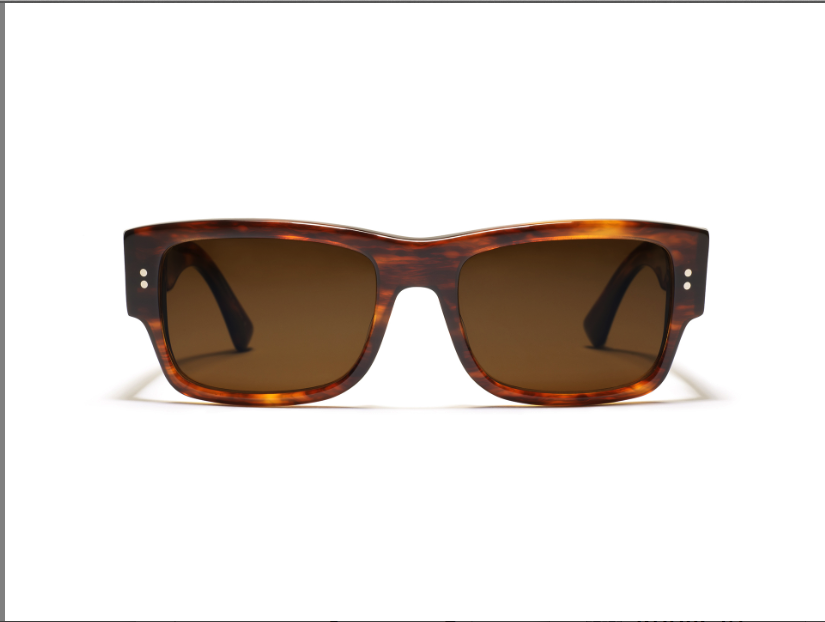 Come December 2012, an eighth studio will open up, topping off a pretty busy year for Jack. So, what else is in store for Schwalbach? A completely new and non-photo related endeavor: the launching of his own eyewear line, appropriately named Jack Eyes.

“While game fishing, I noticed guys would fly in with their jets, get on their $4-5 million boats, with their platinum Rolexes, all the while wearing really inexpensive delaminated plastic frames,” said Schwalbach. “They’d go to dinner with their beautiful clothing and watches, and they had on cheap glasses… It just didn’t fit their image.”

Seeing a business opportunity, Schwalbach teamed up with some eyewear designers he knew and got to work developing high-end, premium eyeglass frames. Jack Eyes is targeted toward high rollers who desire a finely crafted product—everything is handmade, from the frames in Japan to the leather casing in Colombia, and shows Schwalbach’s meticulous attention to detail.

“It takes sixty-one steps to make these frames. There are men and women working in Japan on a wheel, hand-carving each temple,” said Schwalbach. “It’s pure craftsmanship and the result is an amazing fit. Plus we chose a nice variety of designs and colors to fit into a good range of lifestyles.”

In between managing a successful photo studio, participating in competitive fishing, and launching a high-end eyewear line, it could be easy to assume that Schwalbach is all about work. However, as devoted as he is to his work—and trust us, he is devoted—there is one thing that takes priority above all else.

“The most beautiful gift in the world is to be a dad,” said Schwalbach, speaking of his four-year-old son, Luke. “He’s my life. I live today for my son, and I do all of this for him… Every day, I thank God for having that little boy, because he’s really made me a different person and given me a life beyond my wildest dreams.”

You can buy the fall 2012 edition where this article appeared here!