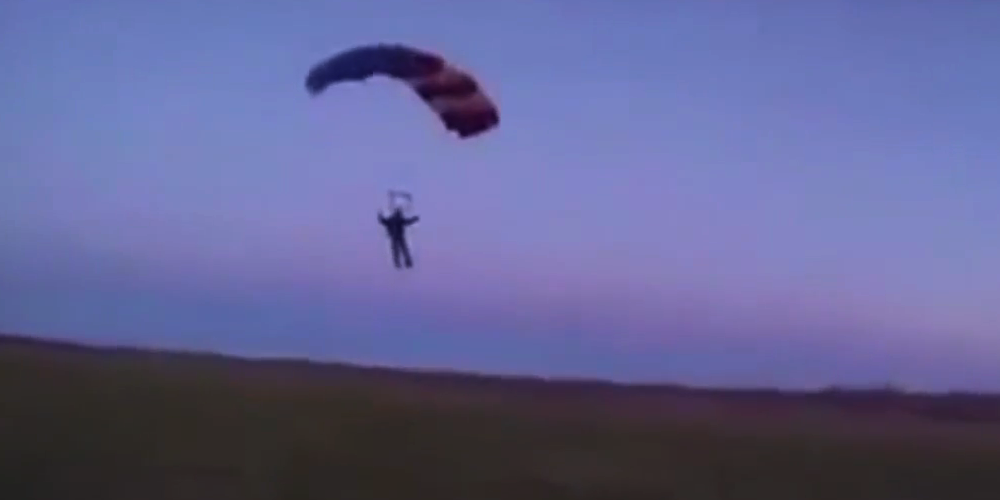 Two Planes Collided in Midair: Everyone Survived and It’s all Caught on Camera

Disaster struck on Saturday, November 2nd just before sunset.  Two planes collided in the airspace above Superior, Wisconsin at twelve thousand feet.  Plane crashes are usually thought of as a death sentence for those involved, so it is truly astounding that every single person in this plane crash survived. Not only did everyone survive, the whole thing was caught on camera.

The two skydiving planes were headed up for their last jump of the day when disaster struck.  Some of the experienced skydivers were stepping out onto the ledge of the plane when it became clear that the second plane was way too close.  In the video, the first plane looks as if it’s on top of the second plane before they suddenly crash together.  The skydivers involved were lucky that they were all prepared to jump, and that they were all experienced. The helmet cams that five skydivers were wearing captured what happened next.

All of the skydivers were thrown from the aircrafts, some issued guttural, horrified screams as they were pulled from the plane which burst into a fiery explosion.  The skydivers were planning on falling in a formation, but they were ripped away from one another, free-falling at 125 miles per hour.  Their helmet cams captured it all, from the initial impact, to their death defying fall among flaming debris, to their safe return to earth.  All nine divers were safe along with the two pilots.  One pilot was able to use his emergency parachute to land safely while the other pilot managed to land his plane despite damage to the propeller and wings.

The images captured on the helmet cams are horrifying, and show just how lucky all eleven involved in the crash are.  These images are indescribable, so it’s best if you just see for yourself how close these brave people came to death.