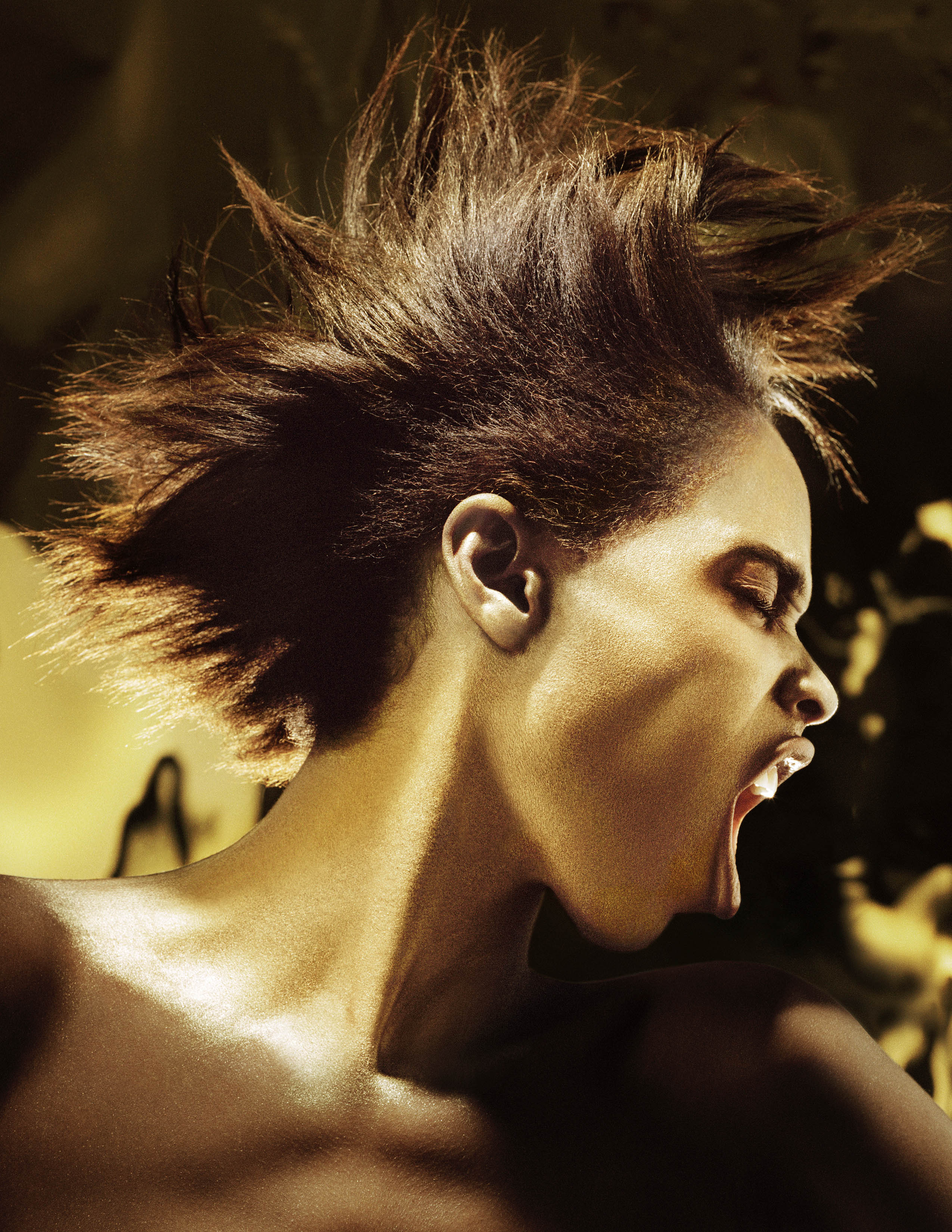 By Lizzie Leitzell – Photo and diagram courtesy of Bruce Soyez-Bernard

Please describe what the shot was for.

It was not a commission; it was a test to show people what I could do. For my book I needed images of a black woman with beautiful hair. I love testing and I test a lot—I like to challenge myself and deal with difficult lighting, especially in studio. I had the idea to use a metallic laminate background. It’s very tough to light so I wanted to see what I could do with it.

What obstacles did you come across in the lighting setup?

I had to cover the whole studio in black to block everything that could have been reflected on the background. I also had to find the perfect ratio of lights because if it reflected too much it would have been all white, just like if you light a mirror. And if I didn?t put enough light, it would turn very dark and green while I wanted to keep the gold effect. Lighting was definitely very challenging.

Metallic laminate sheets are very light and move a lot. They are like flexible mirrors. They kept on moving, reacting to the air coming from the studio?s open door, so every shot is different. I had to shoot a lot to get the right image. I think I shot four rolls—forty pictures total. I didn?t want to close the door. I thought it was fun to have these little accidents. I really trust accidents in photography—they are part of the process. 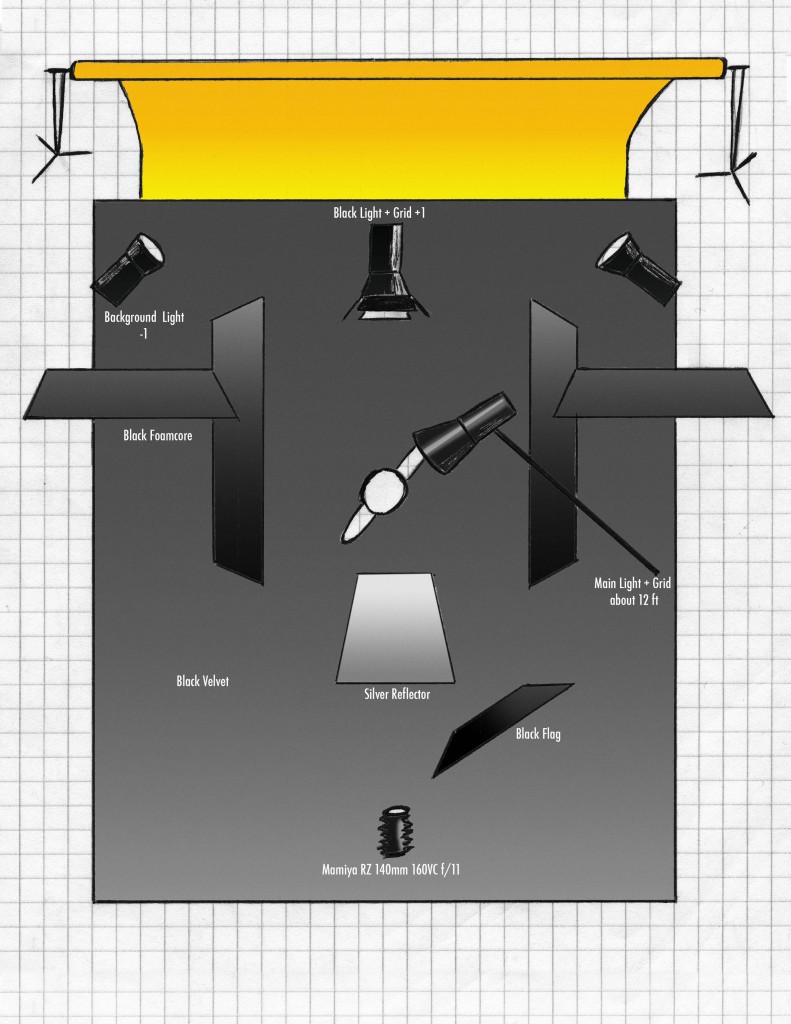 What type of lights did you use?

I use Broncolor as flash strobes and had four lights. There were two strobes for the background, one on each side. I had one back light for the hair, and a little white line around the mouth and lips coming from the back. The main light was about twelve feet from the floor, with a medium grid, no gel, and with a little angle so I could light her cheeks, forehead and neck. I put a small silver reflector underneath, about thirty inches away from her chin. I like the silver reflector because it gives the image a little crispness —some punch.

What camera did you use?

Do you shoot all film?

I love shooting film. I?m very old school that way. I love working with film because it?s more natural. Digital is too cold for me.

What film did you use?

I really love 160VC [Vivid Color] from Kodak for beauty images like this, shot with strobes in a studio.

Was there any retouching?

Nowadays everything is retouched. Since I?m old school, I?m trying to get perfection on film. I want what I see on film and I do not want to retouch too much. I?m not the type ofguy who is going to spend three days on one picture and change everything. The light has to be right from the beginning. So retouching consisted of cleaning and color- correction—especially on the gold makeup: it turned out not gold enough, so I had to pushed it a little bit. That?s about it.

Any words of wisdom to young photographers seeking a future in beauty or fashion? Be patient and keep trying. The world is full of talented people but very few succeed. Very few make anything out of it. If you really want to make it, be patient and perseverant. 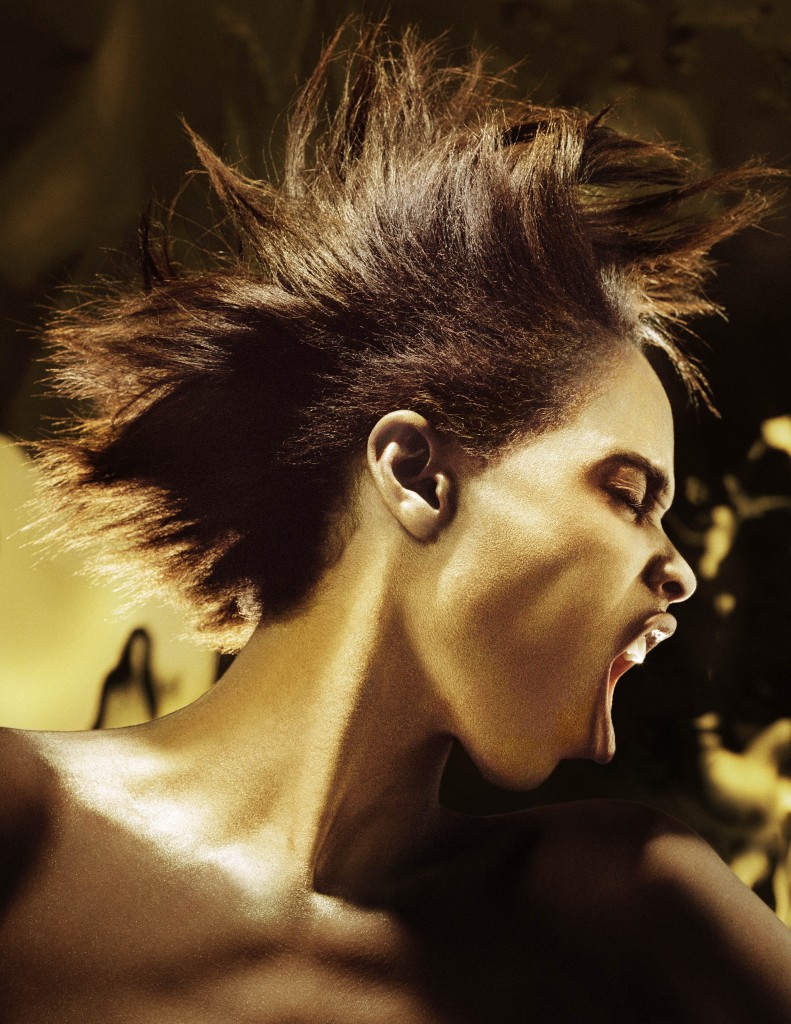 This article previously appeared in the Summer 2009 issue of Resource, which is available here.