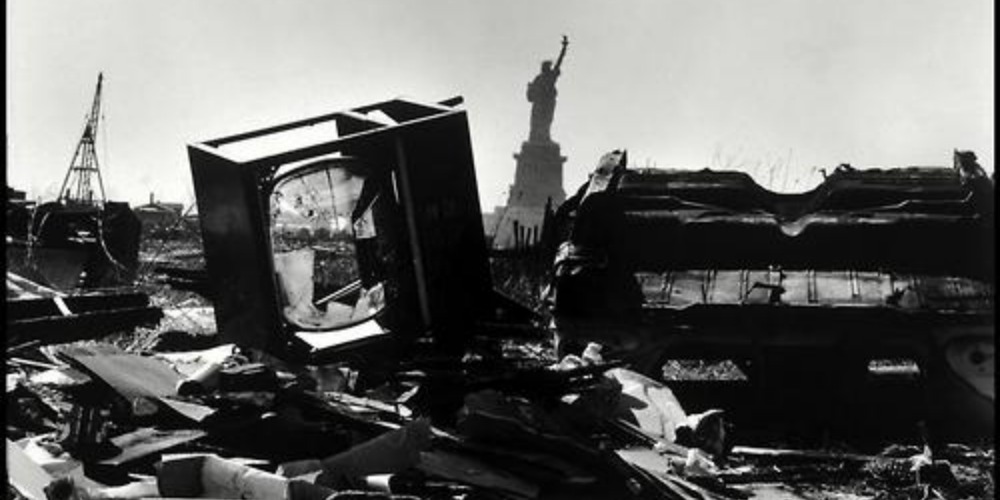 There is nothing more intrinsic to New York City life than street photography. More than any other city on planet earth, New York has been fertile ground for photographers looking to go guerrilla style with their cameras. In her documentary Everybody Streeti’ll , Cheryl Dunn captures the long and storied history of this art form through her uniquely NY lens. Attempting to get the word from the artists’ mouths, Everybody Street is an exploration of changing times and fast living in the craziest city known to man. We caught up with Cheryl to talk about her ideas on street photography and what it means to the greater whole of the city of New York.

Tell us a little bit about Everybody Street and how you got the idea to tell this story?

The original film was a commission from a museum. I make films about artists: I felt that personally I wanted to talk to people and get ideas in their own words. I wanted to make a film that was about living photographers who got into the streets and made bodies of work about the streets of New York. They were obsessively documenting the streets during the second half of the last century. After the original run in the museum, I went back out and made it a feature length film over two or three years. 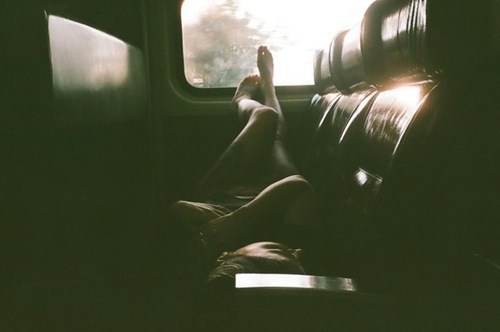 It is said in your film that photography helps bring order to chaos. What is it about New York City that compels people to do that?

What compels people to bring order to anything? I know for myself, if I were to never leave New York, I would go insane [laughs]. It’s so frenetic and there is so much tension. There is this combination of people on top of people, and the way in which you maneuver on the space on the sidewalk with these giant skyscrapers. A photograph is a moment in time, and that’s an order of sorts. What compels photographers to go into the streets and do this for their whole lives in some cases is that moment of surprise. It’s like opening a present. For me it’s a total adrenaline rush. 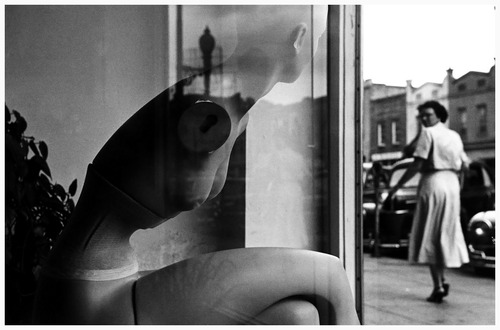 So much tradition is embedded of New York City street photography. Why was it crucial for you to present the history of this culture?

For one, it’s the town that I love and that I’ve lived in my whole adult life. It is the cultural capital of the world. Historically in the last century, it’s been where every artist who was inspired to really say something came to do it. With that came an incredible mirror of culture and society. Having that record really informs us, and I think the history is really important. I wanted to be able to talk to the people who were there to get their stories and their processes through their own words while I could. These are photographers I grew up knowing and was inspired by. Street photography is not about going out and looking for a certain thing. You’re not going to tell a specific story. In most cases, you’re putting yourself out there and you’re observing what is naturally happening and unfolding before your eyes. It’s an important record. 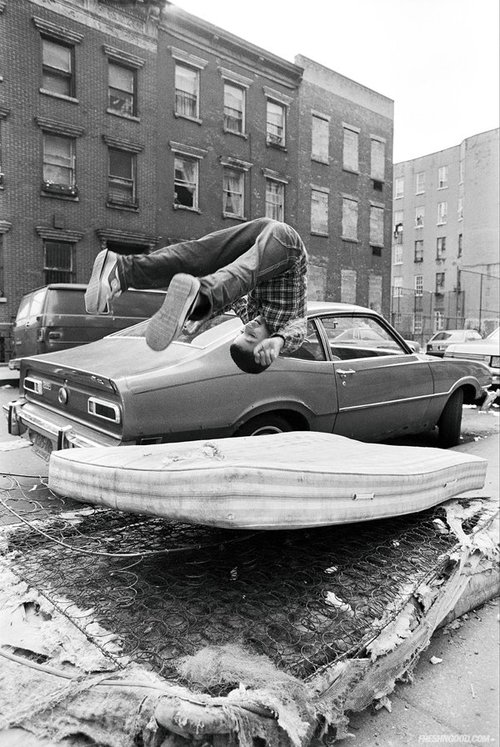 With that knowledge, what direction do you see NYC street photography heading toward today?

I know that a lot of people are doing it. I think the population in New York City has increased exponentially in the last twenty years ago. People are wondering if you can still find these characters and moments in the city. I say yes. There are a lot more people on the street; maybe you have to look harder for the certain kind of thing you want to find. Humans are intrinsically the same. These moments are still out there. You maybe have to dig through more tourists to find things that are interesting to you but it’s an exciting time because of technology. Everyone can participate in this. 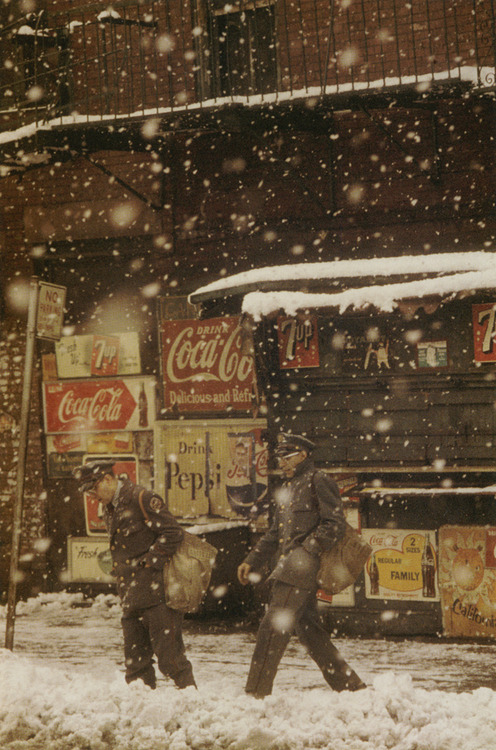 The title of your film alludes to participation for everyone in the creation of this art. Do you see this form of photography as something that helps build a community?

Yes, certainly. Clayton Paterson says in the film that his work is about community. In New York there is a separation of classes but we all live in the same piece of land and it’s not very big. I named it that way because the streets do belong to everyone. It’s a place where everyone can use and legally go and say what they want to say, protest and sell stuff. I used to document and make films about graffiti. It’s a fight for the streets, to have your voice heard, to put your mark. Ultimately, you’re speaking to a community. The streets are fair game. 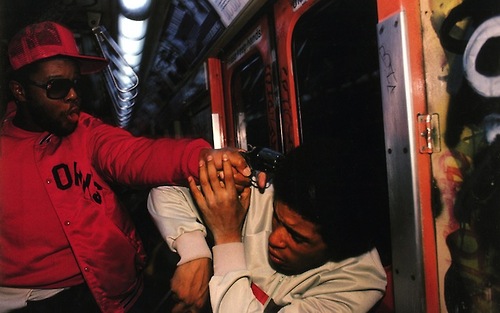 With so many perspectives offered in your film on the topic, how are we able to reach an underlying essence of street photography?

I chose people who were quite diverse. I think there are so many aspects to a street photographer. The intrinsic thread in all these different types and styles is the passion for doing it. You can be happy for that one afternoon–maybe you took a great picture but tomorrow you have to go out and do it again. They all have this drive and passion for going to the streets and doing this work. Everyone as a viewer of the movie takes something different away. I think that the take away is seeing the diversity in the photographers and seeing the diversity of what these people are capturing. Street photography is not telling you what to think–it’s showing you something. 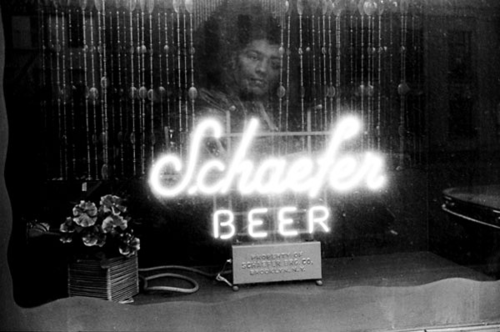 Was it always a goal of yours to create this conversation between street photographers?

For me, documentaries organically unfold. If you start a documentary saying, “I’m going to make a film about this,” I think you’re going to miss out. You can have an open structure, but you have to be open to a direction that might unfold before your eyes. I was compelled to reach out to these people because I was inspired by their work. What would happen after that, I had no idea. What was tricky in making this film was weaving in all the stories to make it interesting over ninety minutes. I needed to create a rhythm that was more then chapters in a book so to speak. The dialog emerged. 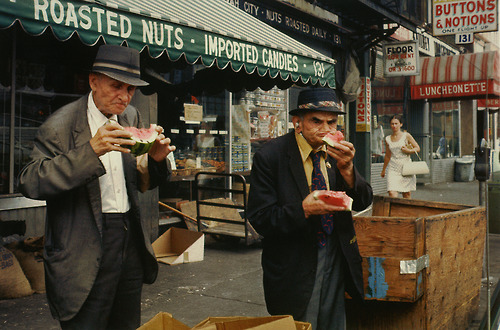 In what ways does photography or filmmaking give the artist the opportunity to place themselves in situations or locations that they might not have experienced otherwise?

If you get an assignment, go to this place and document something, you’re thrown into a world and that’s what’s so exciting about it. It’s a form of discovery. It’s an adventure. Bruce Davidson says at the end of the film (and its one of my favorite quotes) that “the street is like a nerve ending.” The street leads you if you’re open. I love that. I love having adventures with things and being led there. People are racing from point A to Point B, so to stand on the street all day and to look at things is a luxury. When I can do that, I call that a lucky day. 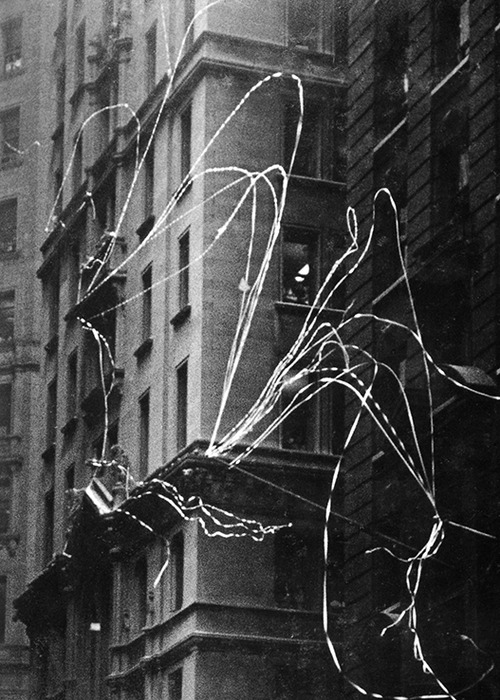 What do people reveal about themselves when someone takes their picture?

People reveal different things. I would say that there are photographers in the film who ask permission to take people’s picture but two thirds of them don’t. I see a situation or a scene, that’s the shot I want and I try to get it. Often, someone sees you do that. I try to be respectful and tell them, “I like your style,” but then they pose for me and that’s not the picture I want. The scene completely changes and that person looks totally different because they see the camera pointed at them. The camera is a very, very interesting tool, which it affects people in different ways. Something happens between you the photographer through the machine and the subject. It’s unique from situation to the next. 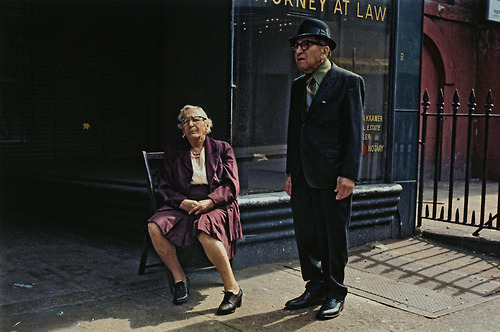