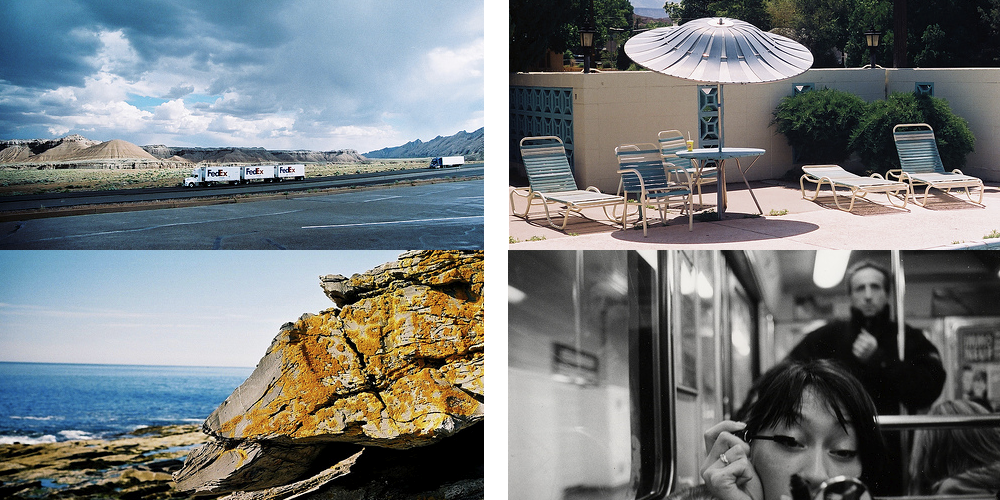 Text and photo By Stephen Kosloff

I’ve become obsessed with taking pictures in recent years. Maybe you are too or know a friend or family member who’s on the same boat; there’s never any telling who’s next. In June I put an ad on Craig’s List seeking professional help selecting images for the re-launch of my current website, which suffers from amateurism, irritable bowel syndrome, and other maladies. This is a chronicle of my Craig’s List odyssey, or, at least a down-payment.

My interest in photography is strange to me because I’ve always identified as a writer. I majored in English at U.C. Santa Cruz and worked for newspapers for three years in Japan and Cambodia. It was probably in Cambodia, working as a reporter for The Cambodia Daily, where the mania for photography first set in. One afternoon I saw an Olympus Mju camera at the Central Market and bought it on a whim. A few weeks later I was assigned to cover a speech by one of the two prime ministers. The press was flown to the outlying province in a helicopter. It was my Apocalypse Now moment in the jungle, minus the Viet Cong and the Wagner. I brought my camera and wound up taking a shot of two women crouching in the dusty school yard where the speech took place. They were holding a framed portrait of King Sihanouk, maybe from the 1940s. It’s the first photo I’ve ever published, and it’s still one of my favorites. Behind the two women, who seem pleased to be photographed, a number of other peasants are squatting. Only after I got the film back did I notice that several of them were scowling at me. To me, it’s ironic that their scowls made it a better picture. 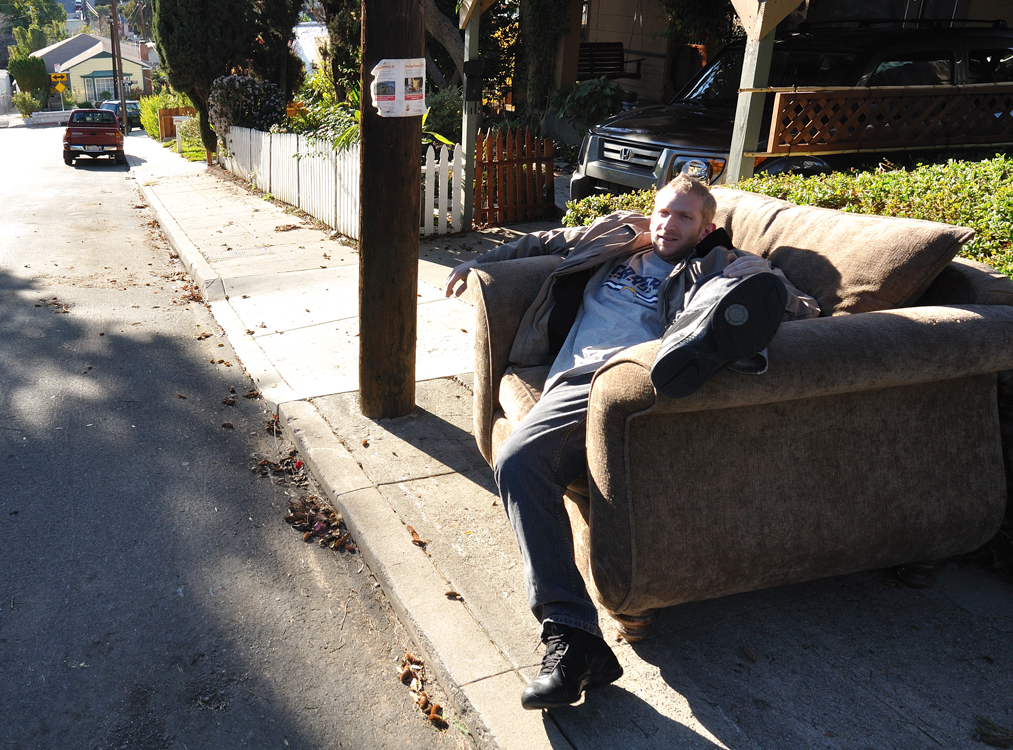 I moved to New York in 1997 still very much a writer, but in 2004 had a co-worker show me how to use a Pentax Spotmatic my grandfather had given me. In 2005 I pitched an article about a sixty foot whale that died and washed up on the beach in Southampton and took the accompanying photo, my first photo credit in a US publication. At that stage, however, I was still less invested in the photo than in

the article. That balance shifted dramatically in 2007, however, on a trip to Utah. In Salt Lake City I bought a cheap wide-angle lens. Shooting the hallucinatory landscapes at 19mm was like a revelation, and since then, in terms of my neuro- wiring with photography, it’s been non-stop Wagner, wall-to-wall Viet Cong.

I recently landed gigs shooting events for Gawker.com and Time Out, but I knew I needed a professional website. Hence, my ad on Craig’s List. My headline said something like “Be my photography mentor for $50 an hour.” My throat seized up a little as I typed “$50”, but I wanted to recruit serious people quickly. I wanted to plunge into a cascade of lucrative photo assignments, and quench my thirst for designer clothing, yachts, and beach-front properties. My goal was to meet photo editors of major magazines, agents, or gallerists. I got around thirty-five responses, including one from a man who wrote that he goes to the gym frequently. I’m sure his deltoids are large and rugged, like a Western landscape. I wound up meeting with five people: Alexia Politis, a commercial photo-shoot producer; Roark Dunn, who heads his own creative services company; “Jane,” a senior photo editor at a major national magazine who asked to remain anonymous; Lizzie Fischbein, an agent at a photo agency; and Jordan Schaps, a former photo editor at New York Magazine who teaches at SVA. I also had two friends who offered to look through my work when I mentioned the Craig’s List post. Ise White is a stylist for fashion shoots, and Stephanie Markham has worked as a photo editor at major magazines and is the director of the Fovea Gallery in Beacon, NY. 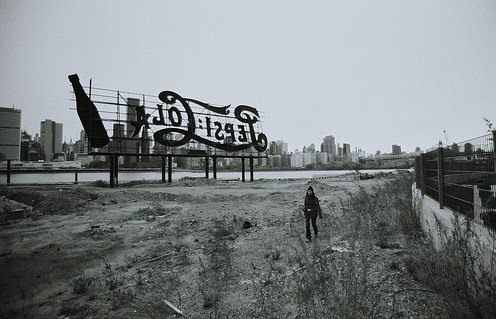 I saw phase one of the process as the heavy lifting, churning quickly through a lot of work, trying to whittle my “maybe” pool of photos into a solid selection. At $50 an hour, I couldn’t afford leisurely philosophical chats about specific pictures; I needed a simple “yes” or “no” on as many pictures from as many consultants as possible.

I met first with Alexia at the New York Public Library. We looked through my shots on Flickr, a pool that ranged over the weeks from 275 to 390 pictures. I put

Alexia’s initials below the photos she liked—my landscapes, mostly. In the end, she wound up initialing a total of forty shots.
My second meeting was with Roark Dunn at his apartment in TriBeCa. We did a quick run-through of my work, but the most interesting development came at the end, when he casually suggested I pitch an article about my Craig’s List project to Resource. Good idea! 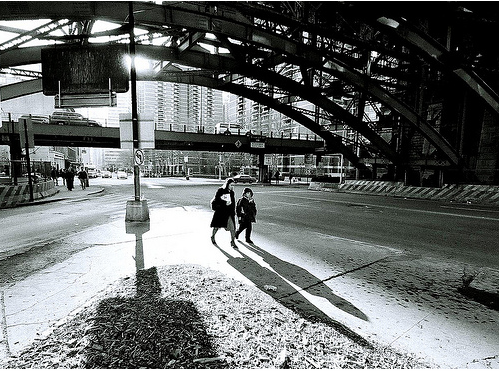 The third meeting was with “Jane,” the magazine editor. We met at an obscure café in mid-town called Starbucks. I loved that place and intend to go back. Jane was the first current photo editor at a major news publication I met with. I was nervous and half expected her to walk in carrying a sword. To my surprise, she was the most enthusiastic of the people I’d met with until that point. It was nice to hear a pro say good things about my work, but it also brought to mind Woody Allen’s saying of not wanting to belong to any club that would admit him as a member. I considered asking Jane if she could make some disparaging comments about my work or my personality to make me feel better, but decided against it. Jane deemed ninety-one of my images to be web-worthy.

The fourth meeting was with my friend Ise at her apartment in the far reaches of the East Village. Ise selected forty shots she liked. As she looked over my work, Ise was the first person to hint at technical advice. She said I needed to focus more on the key elements within the photograph. I filed this advice in a reptilian corner of my mind, to ruminate on later.

Next up was Lizzie Fischbein, the agent. We met at a café in SoHo before work, and she picked fifty-four shots. Lizzie took up Ise’s train of thought on my technique but was more specific: stop shooting so much wide-angle. I have a 14-24 mm lens, and for the most part it’s all I shoot with. It sounded like a good tip, but I was resistant. I like wide-angle photography because if you want a tighter focus on a subject, you can just move closer, or crop. I find that, especially in a city where quarters can be cramped, 50 to 70 mm lenses often let you tell only part of a story. Ise and Lizzie must have been on to something though, because Jane subsequently made the same comment after looking at more of my work. I guess it’s time to dust off the 50 mm lens. 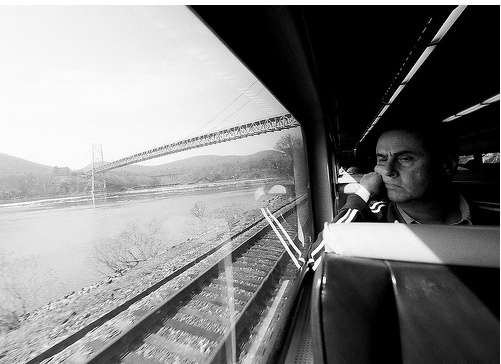 The next meeting was with Jordan Schaps. “I’ll be the guy with the neck-brace,” he said over the phone. We met in a café in the West Village. Jordan was the most hesitant to judge single shots individually. He humored me though, and we got through a portion of the pool and agreed to meet again. He asked me to group the photos so the sequencing made some sense aesthetically. His reservations about the single-shot evaluation made me question my methodology. If I were to do these meetings over, I would group my work prior to showing it, perhaps alternating a dozen color shots with a dozen black and whites. I think it would help keep the viewers engaged and more closely mirror the way they look at work every day. Jordan and I met again a week later, and in the end he was the most enthusiastic about my pictures. He selected roughly ninety shots, about the same number as Jane, but after seeing only two-thirds of the pool.

The last judge was my friend Stephanie Markham. We didn’t have time to meet, but she went through my pool online and chose sixteen shots.
After everyone’s vote, I broke the pictures into sets for each reviewer (i.e. the Ise set and the Jordan set) and by the number of votes they received. There were six photos that five people liked, twenty-eight photos that four people liked, forty- seven photos that three people liked, and ninety-three photos that two reviewers liked. Based on everyone’s feedback and a few executive calls, I’ve narrowed the pool down to a hundred images, forty-five to sixty of which will appear on my site. 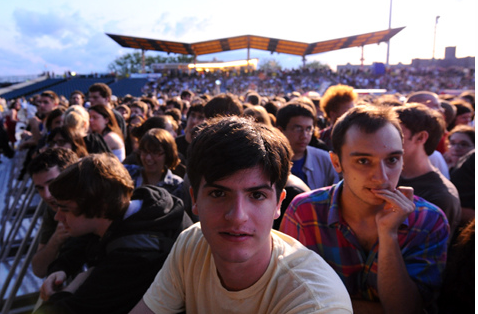 One of the benefits of this exercise is that I’m more confident in judging my work, because I’ve seen how disparate peoples’ tastes are. The chances are that if I love a shot, at least a few potential clients will like it too. I do wonder what kind of impact these meetings will have on my growth as a photographer. There is no guarantee that any of this will lead, directly or indirectly, to a break. My gut tells me that these meetings may lead to more work, but will not directly result in a big break. Which is fine, because my goal was to get a website up, and I’m confident that it will happen. Stay tuned.