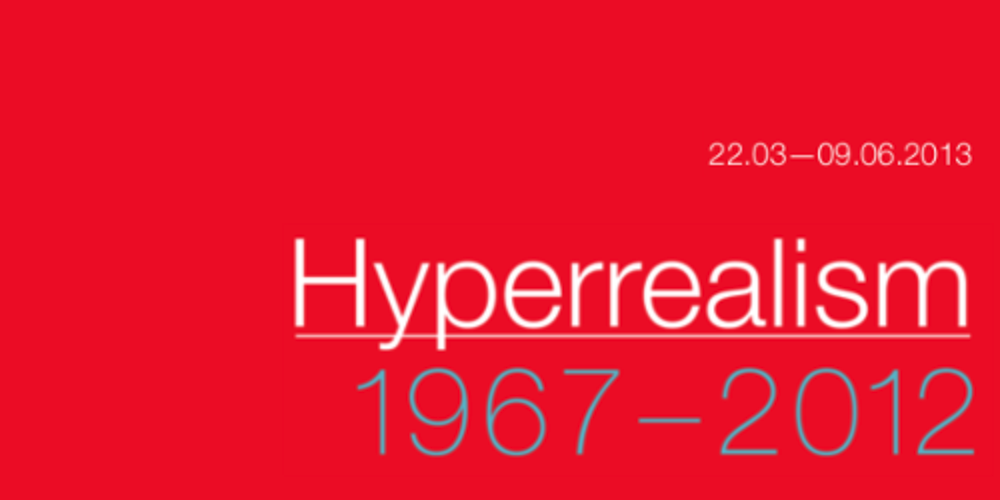 The Museo Thyssenn – Bornemisza in Spain hosted an exhibition entitled Hyperrealism 1967 – 2012 from March 22 to June 9, 2013. The exhibition was the first of it’s kind in Spain, tracing the origins of Hyperrealism all the way to present day. In 1969, Louis K. Meisel created the word, “photorealism,” defining photorealists as “artists who used the camera unreservedly as an aid to painting and transferred their images to canvas by mechanical, semi-mechanical or technical methods in such detail that the high resolution gave their paintings the illusion of being photographs.” The exhibition will travel  to the Birmingham Museum and Art Gallery, UK from November 30, 2013 to March 30, 2014.

Hyperrealism 1967 – 2012 was a wild success, featuring thirty photorealists, five sculptors, eight other artists and three photographers.  Speaking of the artists involved in the exhibition, Louis K. Meisel said, “there are technicians and there are artist, and there are photographers who are technically brilliant and have vision. With the photorealists, they’re using this camera, they learn the technical aspects of the camera so they can take the pictures of the images they wanted to make paintings.”  The artists involved in this exhibition use photographs to create paintings so vivid and detailed, it’s hard to believe they aren’t photographs. They don’t only use the camera to document life, “but also to analyze perception and the ways in which photography has changed our relationship with what we regard as objective reality.”

The artists in this exhibit aren’t just copying photographs though. Bernardo Torrens explains that he tweaks his images from the photograph, saying, “I don’t copy exactly the photos, I use the photos as a model and I change a lot of things because the reality isn’t always what I want to do in my case, so I change things.” Going on to say, “If you see the photos you see a lot of difference, when the brain and the hand works it changes reality.” The photorealists use their photographs as a guide to create images filled with detail.

Speaking to the shows success, Meisel went on to say, “No critic has to explain this to anybody, thousands of people have seen the show here…who knows what’s going to come from a great show, that gets great attendance, in a great museum.”