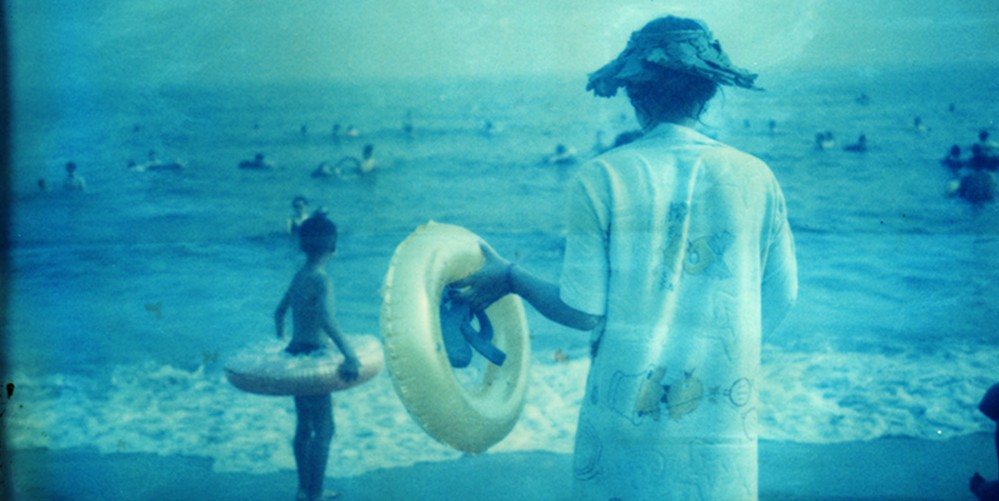 At first glance, the photographs in Lukas Birk’s new book, Polaroids from the Middle Kingdom: Old and New World Visions of China, look old, relics of a bygone era dredged up from a dusty box in a forgotten storeroom or some uncle’s attic. Cool blues tinged in yellow lend the images an underwater feel, as if we are submerged in the past, only permitted to look around for as long as our lungs hold out, until we must return gasping to the surface of the present. In fact, these images are brand-new, all vibrantly modern and captured within the past few years. There is something of an old attic treasure to the collection, however, as the nostalgic feel comes from the expired Polaroid film Birk used to capture each shot, working from a trove he discovered at his father’s house. For the Austrian-born artist, this blending of old and new serves as a metaphor for modern China, a country in constant flux, so caught up in a headlong rush of development that each day brings the country a new face, with the scenes of the day before gone as quickly as they came. Birk, a self-proclaimed “multimedia artist, explorer and organizer” who settled in Beijing in 2007, sat down with Resource to talk about the quicksilver neighborhoods of his new home, telling stories in visual prose, and the questionable authenticity of the Instagram effect.

This is your second major publication (after Kafkanistan). What was the experience of working on this book like?

It was a very organic process. I had the urge to tell a story, a story that related to my feeling of living in China at a certain time. Through luck I found a way to express exactly that and step-by-step the collection of images grew. When Marta Hallett from Glitterati saw the images she said, “Let’s do a book!”

What makes the Polaroid film you used for this project so unique? Why was it a good fit for documenting China?

The film actually expired in 1991. Usually films that are old are totally unusable, as the chemicals are dysfunctional or evaporated. Due to the right storage temperature and humidity, however, this film left the image in a layer of green, yellow or sometimes blue tone. Reds were very rare and that gives the images a touch of old, as if they were taken a long time ago and faded with the years. I always had a sense of nostalgia, even melancholy, in China. Not necessarily for old things but just for the things I liked and saw right now. The fast pace and rapid change lent an uncertainty to every corner I walked. My favorite noodle place might be gone tomorrow, or a street with trees might be all concrete, or I wouldn’t recognize a street anymore because a hundred trees had been planted over the weekend. This rapid change made me nostalgic for the possibility of change. And the film material captured exactly that. I could look at a photograph I had just taken and imagine that it must have been a long time ago, and most certainly was very different now. 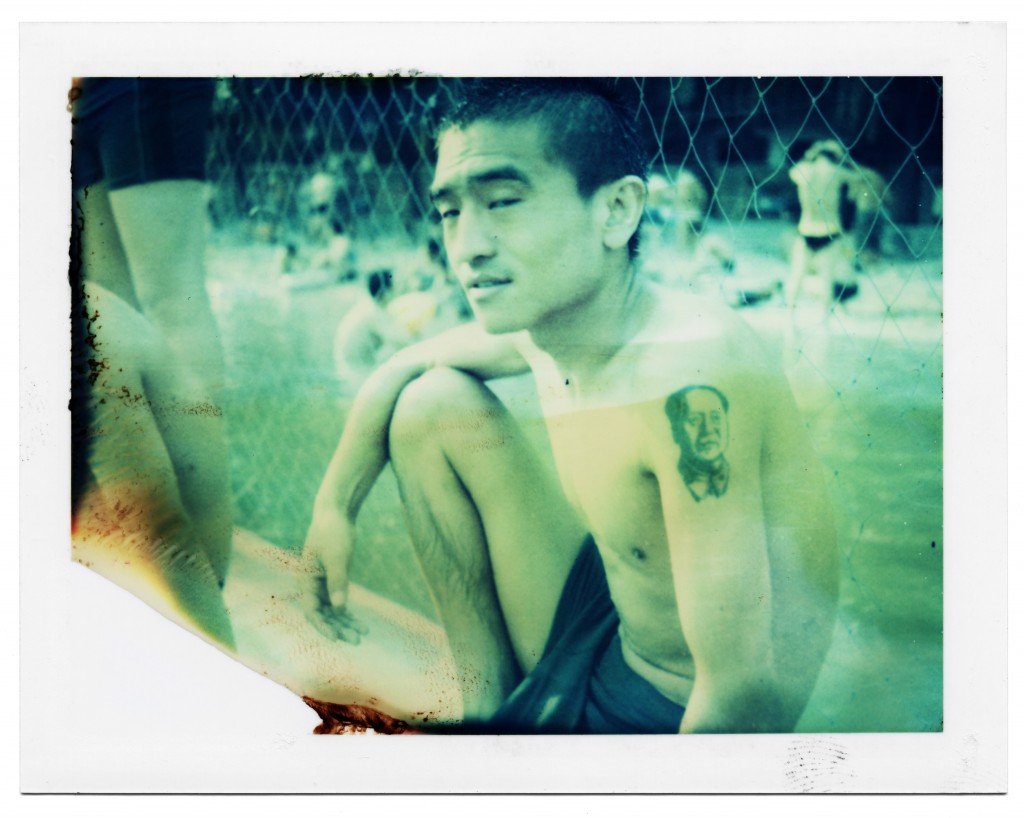 Do you think there’s something about a Polaroid, which immediately captures and crystallizes a moment, that prompts an immediate, inherent nostalgia, often for a moment that is barely past?

Well, we could say the same thing about a digital photo that you can view on your phone right after taking it. The Polaroid, at least in the West, represents a time. You see a Polaroid camera or photo and you know it is from another time. Even if the photo is crisp and clean and taken five minutes ago, you still know that this technology is from the past, and that already attaches a certain nostalgia to it. Plus, with a Polaroid, you actually have a tactile object, in comparison to the screen on a digital camera. I think tactile objects trigger different memories in us.

Much of your work focuses on peeking behind the curtain of East Asian cultures. What do you think Western audiences can learn or gain from seeing your work?

I think all my work, though very different in artistic language or topic, is about telling stories. The narratives to these stories derive directly from my experiences in the different countries I work and travel in. If there is something to be learned from it, it depends very much on what the viewer wants to know about a place and how he or she interacts with the visual prose I produce, just like reading a book about a country or experience. 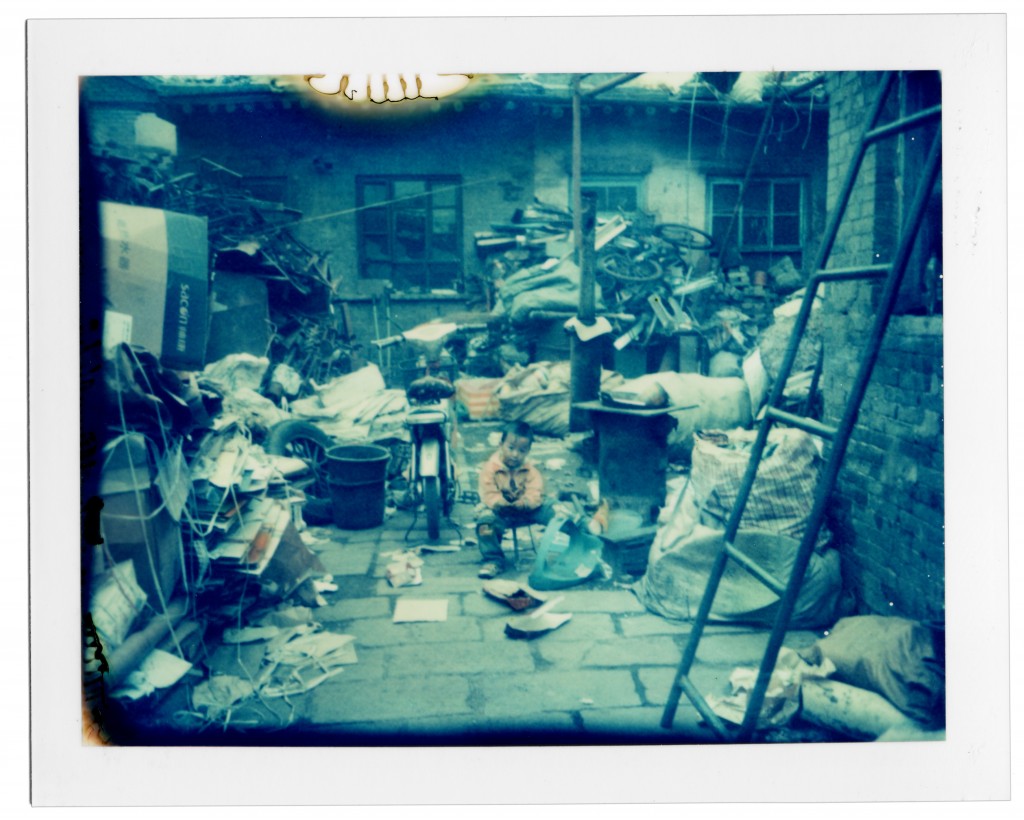 What first brought you to China? What kept you there?

An invitation to do a workshop in Beijing. And it was definitely the energy and possibilities that kept me there!

What makes you nostalgic?

A lot of things. Circumstances trigger memories trigger nostalgia. Though this pre-nostalgia I felt in China has left me. 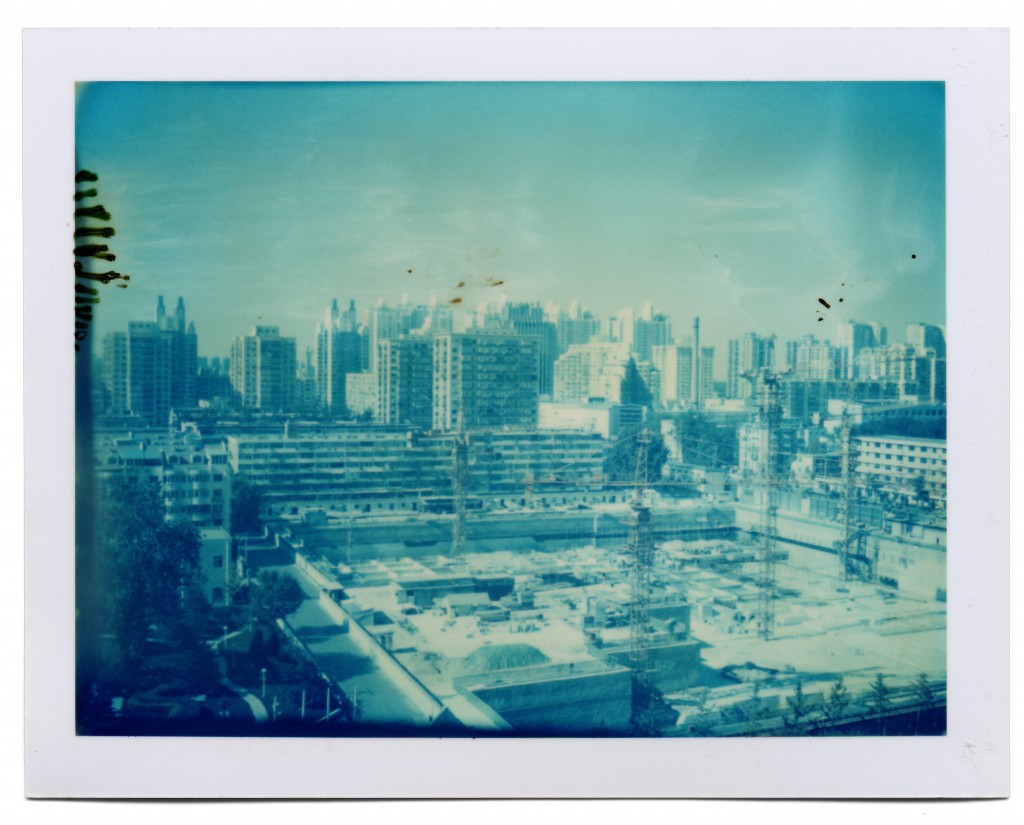 In the foreword to your book, Katherine Don calls your work an act of authentic “agedness and nostalgia,” as opposed to the “contrived nostalgia” of things like Instagram. Do you think there’s such a thing as fake nostalgia?

I cannot decide what’s real or fake for others, but we have a lot of aesthetic trends these days that inspire “effects” of old and nostalgic things. Can effects trigger nostalgia? Maybe. Polaroids from the Middle Kingdom has effects in it—analogue organic effects—and if they trigger the nostalgia that I felt while taking them, then, yes. The difference I think is that I am not trying to imitate something through a digital filter. The same series taken with a digital camera and later altered digitally would not trigger the same feeling in me. 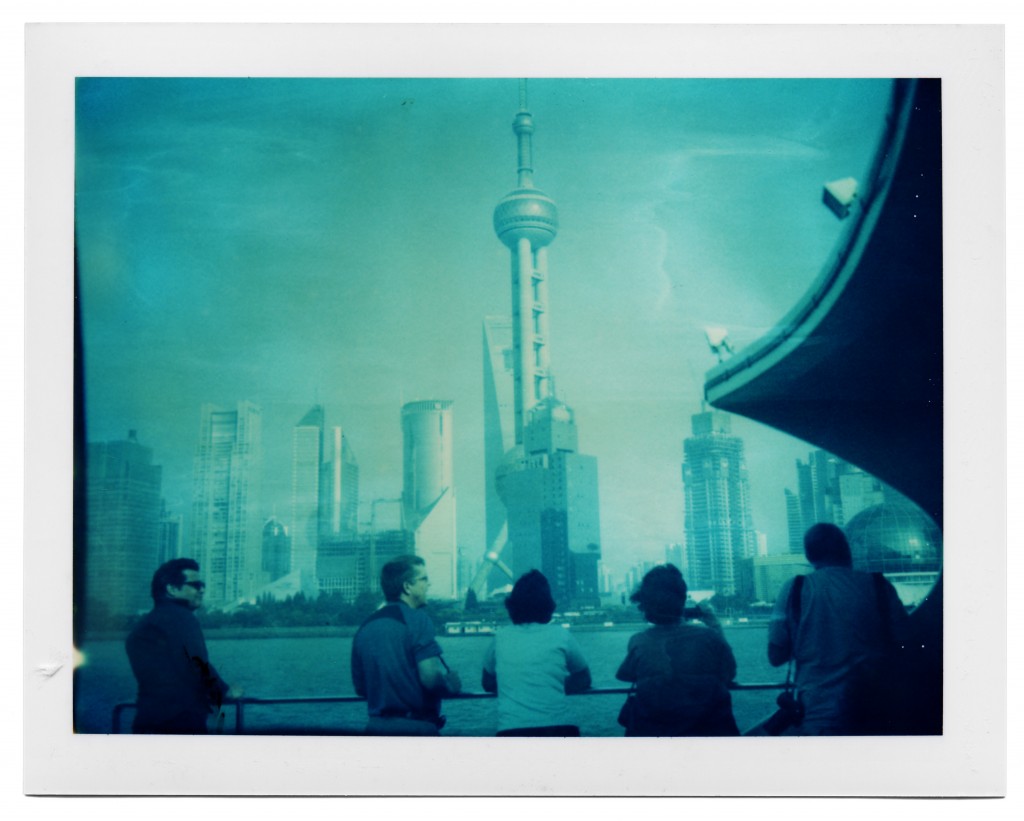 Why do you think people today feel such a compulsion to make things seem older than they are or to revive their pasts, whether through Instagram filters mimicking obsolete film techniques or with endless “throwback Thursday” photos?

Well I think we have to ask if people in, let’s say, the 60s aspired to keep elements from the 20s or 30s alive. If this is the case, then I think it might just be human nature to hold on to the comfort of the past, even if it is just the way an old image looks and feels. I do think though that we are losing certain tactile encounters through the extreme use of digital media. Somehow we have to compensate for this tactile gap. To make something look old might be such a compensation. 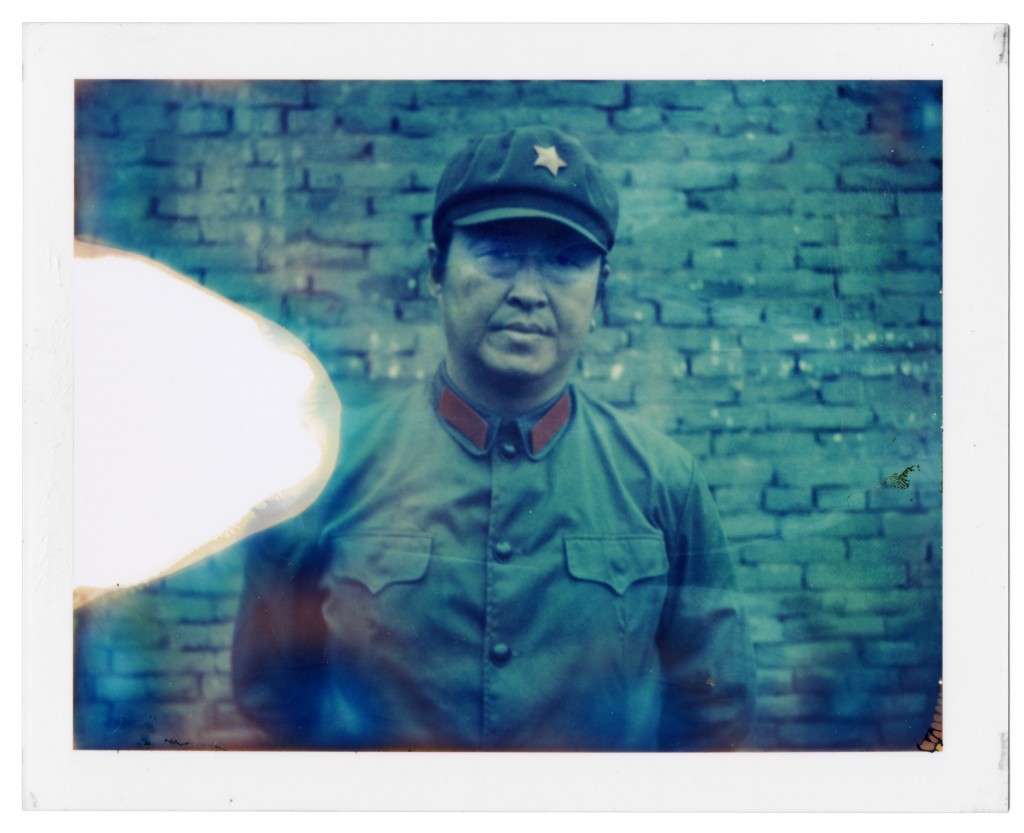 Don also compares your work to other artists who have used the Polaroid medium, including Andy Warhol and Christopher Makos, who is a personal friend. Who would you consider your greatest influences, artistic or otherwise?

Very often it is not the artists’ work that inspires me but the way the particular artist is living his life. I guess I am most inspired if somebody can distil his life authentically into art without needing to fill in the gaps by invention of aesthetics, concept or pop. Probably my inspirations come more from literature than visual art.

Your work is difficult to categorize, ranging from landscapes to portraits to experimental work. What do you think binds your various projects together?

I am a traveling artist. So I would say: the journey. 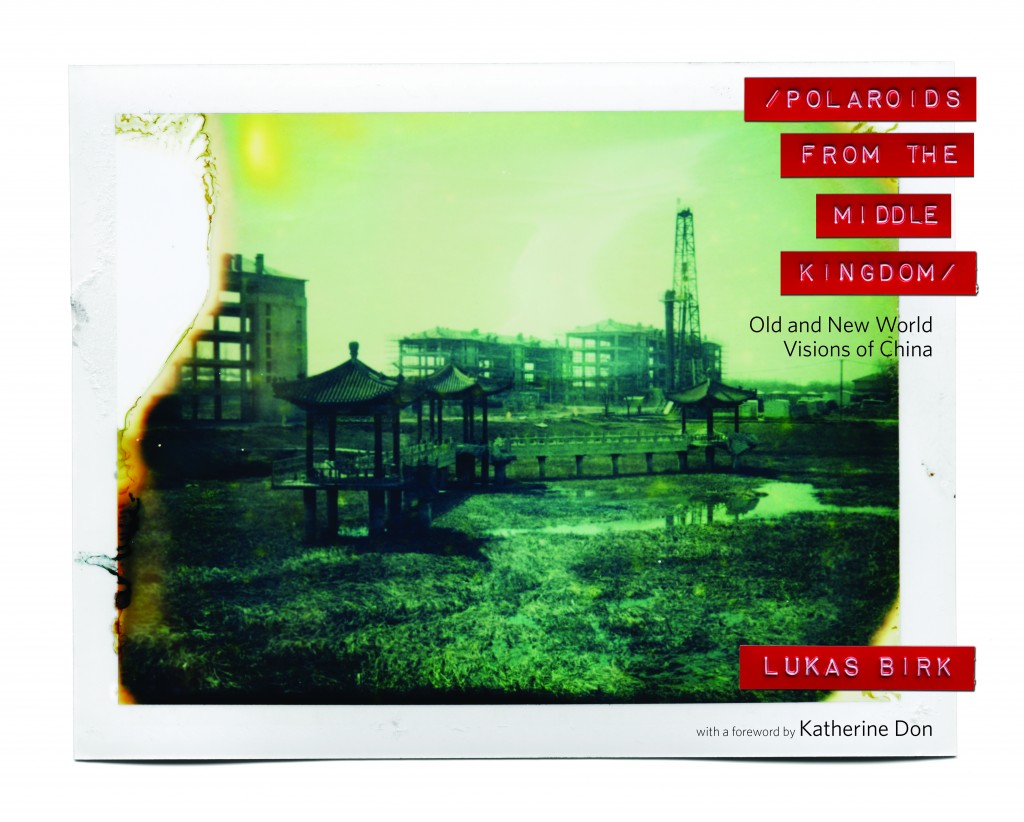 From Polaroids from the Middle Kingdom: Old and New World Visions of China by Lukas Birk, ©2013, published by Glitterati Incorporated