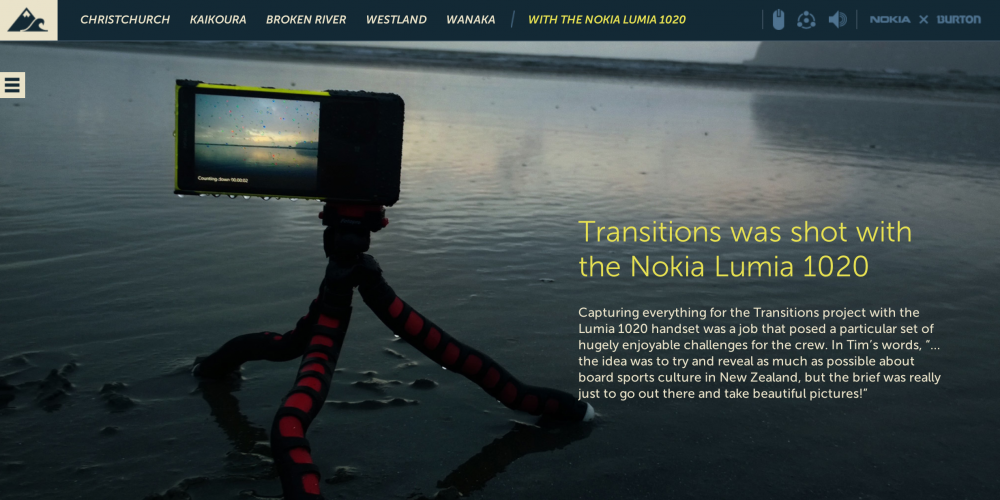 Nokia Lumia 1020’s website, Transitions, is unlike any website out there.  The website, a documentation of a journey six riders (surfers and snowboarders) took around New Zealand’s South Island in September, is fully interactive, with high quality images and video, all recorded with Nokia Lumia 1020.  All of the images on Transitions were taken in six different cities in New Zealand, by a team of six.  The destinations, Christchurch, Kaikoura, Broken River, Westland, and Wanaka, although all situated in the South Island of New Zealand, are drastically different, as the website clearly shows through stunning visuals. Nokia x Burton made the Transitions website possible, sharing the stories of the riders and all the people they met along the way.

The tragedy of the earthquakes that hit Christchurch is shown along with the beauty of the place and the strength of it’s people. Destruction and reconstruction is showed in the photographs captured of Christchurch.  Kaikoura, often described as “where the mountains meet the sea,” is known for it’s beautiful landscape, and is displayed in vivid images on the Transitions website. Broken River, known for it’s unique skiing experience, is shown through breath-taking imagery, even including a video of the view up the Tyndall Tramway, a unique “Inclinator” lift. While Westland is known for it’s “glorious, roomy isolation,” Wanaka is known for it’s excellent skiing, and is a renown ski town. Both Westland and Wanaka are photographed by the Nokia Lumia 1020 and displayed on Transitions in all of their glory. 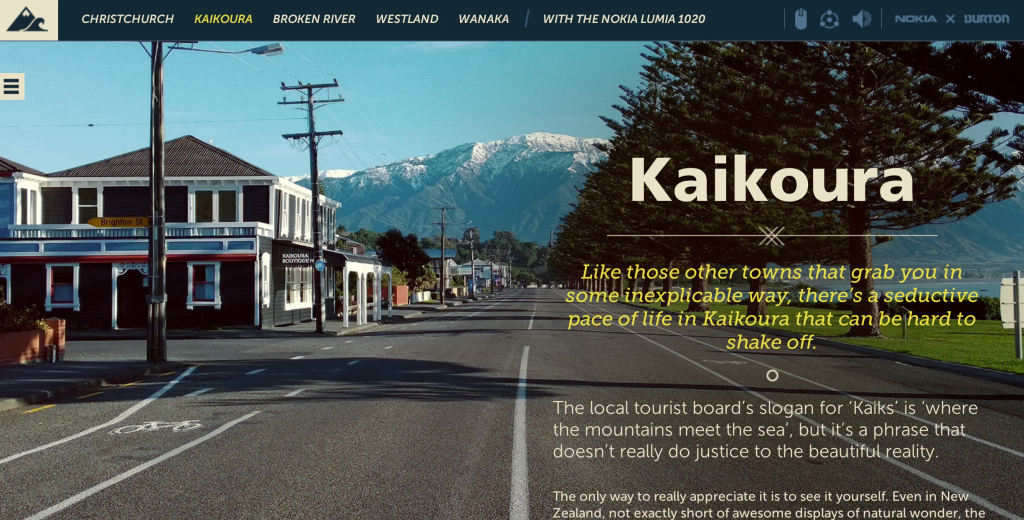 Tim Maher, Leandro Righini, Valtteri Hirvonen, Matt Barr, Ed Leigh and Stuart Wells contributed to the project in different capacities, each helping to make Nokia x Burton’s site a visual trip.  The website is intuitive and easy to maneuver, keeping viewers scrolling through different medias, all shot by the Lumia 1020. Everyone involved with the project spoke highly of the Lumia 1020. Tim, the director and a photographer on Transitions said, “The Nokia Lumia 1020 was the only camera I took with me to New Zealand, and the results speak for themselves.” Summing up the goals of their project, Tim went on to say, “the idea was to try and reveal as much as possible about board sports culture in New Zealand, but the brief was really just to go out there and take beautiful pictures!” After looking through the Transitions website in it’s entirety, I’d say that Tim and the rest of the team reached those goals, capturing gorgeous images, sharing the culture of New Zealand, and creating a  unique and cutting-edge website in the process. 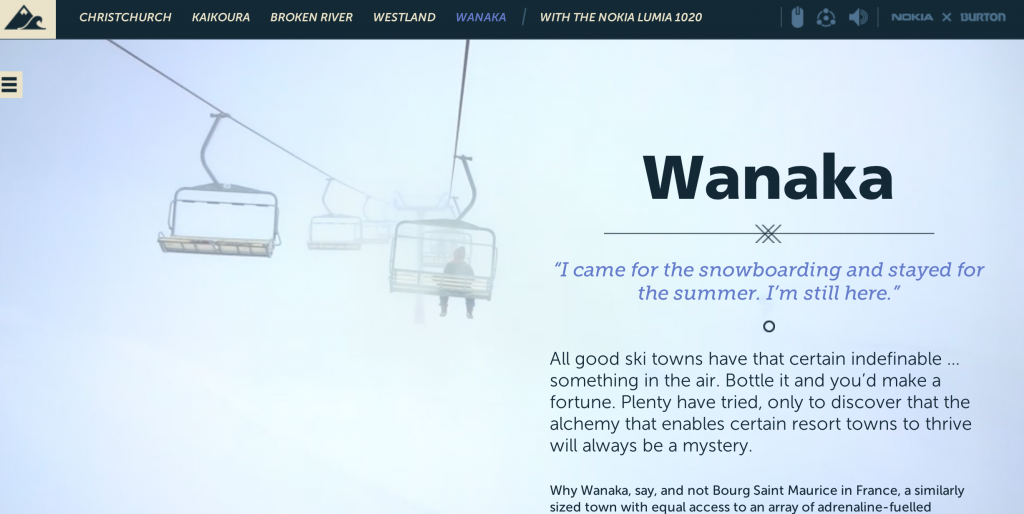