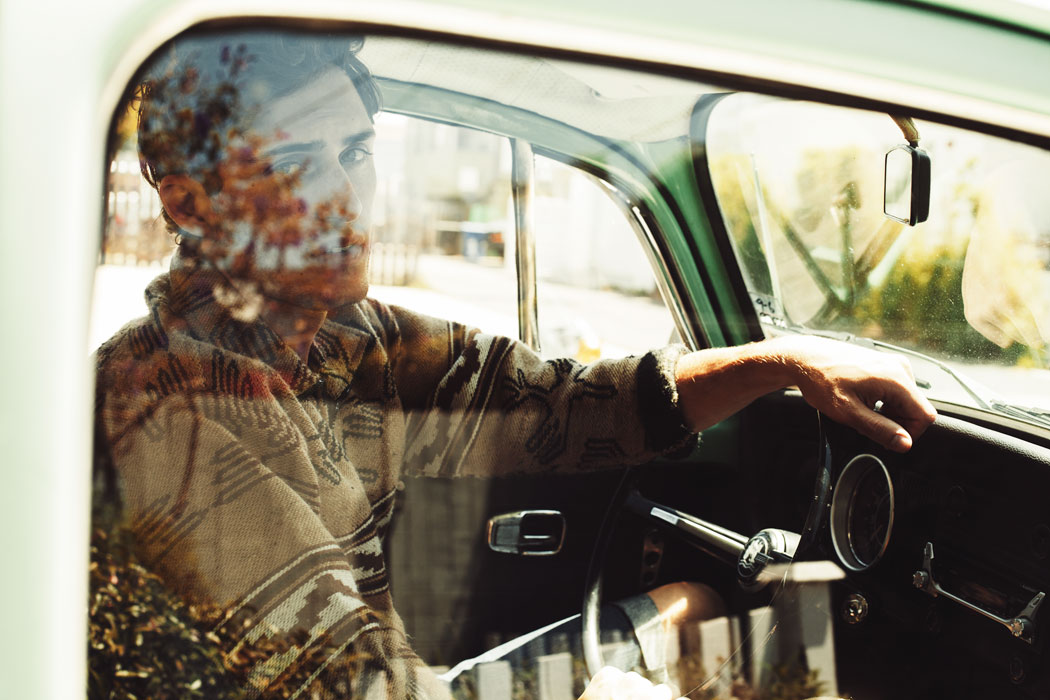 An Interview with Aaron Feaver

A browse through LA-based fashion photographer Aaron Feaver’s body of work makes it hard to believe he only decided to seriously pursue the profession four years ago. His images draw emotion and display a depth in a way that has taken others many more years to achieve, if at all. It would probably be sufficient to allow his photography to speak for itself, but Feaver also lets us in behind the scenes, drops some advice and offers his unique perspective of the craft. So if you can’t quite pinpoint what you’re feeling as you absorb his portfolio, simply take the photos as an example of what it looks like when someone clearly loves what they do.

Emotions in your images are very important. How do you direct your model in order to evoke the mood you’re trying to create?

It really depends on the shoot. Sometimes I go into it with a clear narrative concept and I know exactly what I want. Even in those cases, though, things change as we’re working and the final result could be far from what I had in mind.

Usually I show everyone involved some reference images so there’s no confusion about what we’re after. It helps to have a regular team to work with, so, for instance, the makeup artist knows the kind of look I prefer without me having to be too specific every time.

As far as getting emotion goes, it really depends on the model. Some models can show different emotions easily, and on command, and others take a lot of direction. Either way works, but you definitely have to work harder with the more closed-off models.

A lot of times I want something different than what the model is used to, and that can be hard. They have a certain way they like to look, and it’s a struggle to get them to try something different, where they might not know how they’re going to look. For me, a great model is one who trusts me to get a good picture out of them, even if it’s way outside their comfort zone. 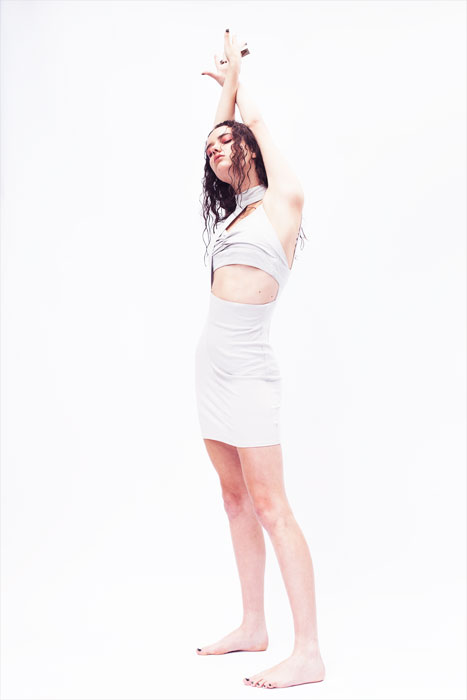 In terms of the setting, props, positioning and expressions: how much of the image is based on the subject/client personality and ideas versus your own direction and vision? Where do you find the balance?

Again, it differs from shoot to shoot. Obviously clients have something they want to see, and I can’t just show up for a job and do something totally different. That said, it’s nice when I can pitch an idea for a job and everyone’s happy with the result.

Editorial shoots for magazines are usually unpaid, but I also usually have complete freedom to do what I want. Sometimes editorials get rejected by magazines, which is always a drag, but at least I got to do something my own way.

Basically, jobs are done to keep the client happy, and editorials are done to keep me happy. It’s a fun cycle where I have to shoot enough jobs to pay the bills, but I have to shoot enough of my own concepts to keep myself inspired AND produce enough creative work that potential clients will see that work and want to hire me (even if, in the end, the job they hire me for isn’t anything like my creative work). 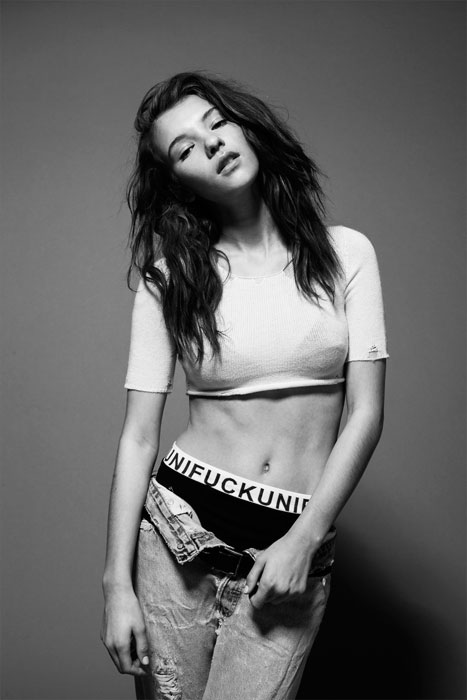 Do you usually already know what it’s going to look like before the photo is taken? Or does it come to you somewhere along the way? Which do you prefer?

I usually have a pretty clear idea of what I’m after, although that may change during the shoot, and the end result might differ drastically from what I originally intended. I have to go into the shoot with some idea of what I want, but I also have to be flexible enough to acknowledge when things aren’t working and I need to try something else.

When I started taking photos I relied a lot on happy accidents…photos that I didn’t intend but that nonetheless came out great. That’s fine when you’re taking pictures for fun, but you can’t make a career out of it. 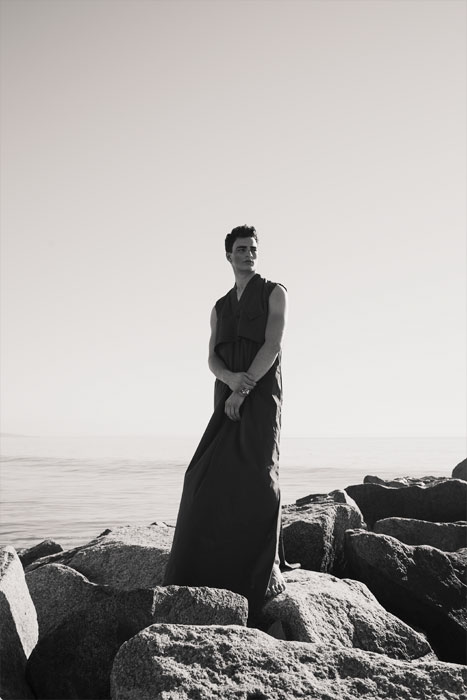 How did you get into photography?

A friend got me a job at a little mom and pop camera shop in Portland when I was in college, and I learned a lot about all kinds of cameras and film (this was back before digital was taken seriously). I only took photos as a hobby for years, until maybe 4 years ago when I started taking pictures of people and first started thinking about it as a career.

When was the moment you first realized – hey I’ve made it, I’m a professional fashion photographer!

Oof, I don’t think I’ve realized that yet. I’ve been able to use photography to pay the bills for the last couple of years, but I’m definitely not to the point where I don’t have to hustle for every job. When I can do every shoot just the way I want and I don’t have to worry so much about where the next job is coming from, then maybe I’ll realize I’ve made it. 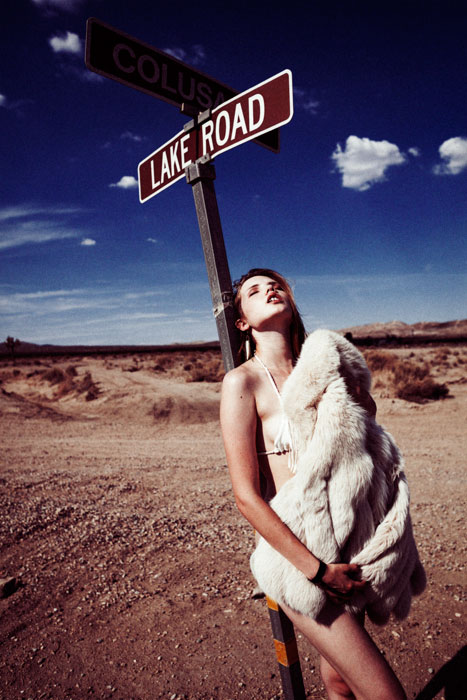 You say you still shoot film – is that for personal projects or for assignments?

It’s for both, although I definitely shoot more film for personal projects. I started out on film, and I love it, but in the end it’s just the photo that matters to me, and anything that gets in the way of making that photo just slows me down. With digital I can take a photo and see it instantly, and it lets me fine tune the final image to get just what I want.

I used to carry half a dozen cameras on a shoot. Medium format film, 35mm SLRs, 35mm point and shoots, Polaroids, Fuji Instax, digital, etc. It’s fun to play around with all those different cameras, but in the end you’re left with half a dozen different aesthetics, and that’s nothing you can work into an editorial for a magazine, let alone a job.

Why do you think film still maintains its appeal in this digital age?

But, yeah, take some expired drugstore film and run it through a plastic toy camera and you’ll get a look that’s nothing like digital, and I think that’s the appeal. You get the vignetting and the grain and the blur and…well it’s Instagram and Hipstamatic and all of that.

Obviously there’s also a craftsman appeal to using film, in the same way people are into letterpress or brewing beer or anything else that’s old-timey and takes a lot of hands-on physical work.

Don’t get me wrong, I like all those things, too. If I was doing photography just for fun I’d still be experimenting with different expired films, developing all my own black and white, playing with cross-processing…the works. But it’s just not super practical if you’re doing it for a living. 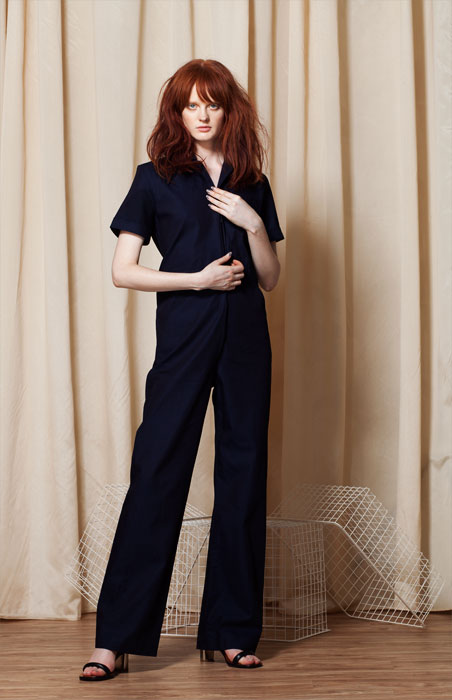 You have a great client list, especially for someone who has started out not too long ago. What would you tell other photographers who are trying to get to where you are now?

I’d tell them to use a digital camera and to stop retouching their photos. Taking pictures on film can be a crutch…you get it back from the lab and it looks amazing and you think it’s because you’re an amazing photographer but maybe it’s because, hey, film looks pretty good. It does half the work for you.

The same is true for Photoshop. You can take a really shitty photo and turn it into something amazing. In fact, you can hire people to do it for you, and then go around taking all the shitty photos you want and have someone else turn them into gold.

But if you take all of that away, you’re just dealing with the photograph you took. It’s probably going to suck at first, but if you practice enough it’ll get better and better until you can take a digital picture and have it look amazing right out of the camera. It’ll force you to pay attention to the light, the exposure, the composition…everything that you learn to compensate for afterwards with Photoshop.

When I first got a digital SLR I was shocked. I expected it to make things easier for me, but the photos looked terrible, and it took a lot of work on the computer to turn them into anything I liked. I’ve probably taken 250,000 digital photos since then, and things are a lot better. It’s practice, and it’s paying attention to the actual image you capture and figuring out why it isn’t working.

Later, after you’ve taken those quarter-million practice photos, you can go nuts with curves and selective color and Alien Skin and VSCO plugins and everything else and try to find an aesthetic you like. But if you never learn how to make a good raw photo, right out of the camera, you’re always going to be trying to figure out a way to fake it. 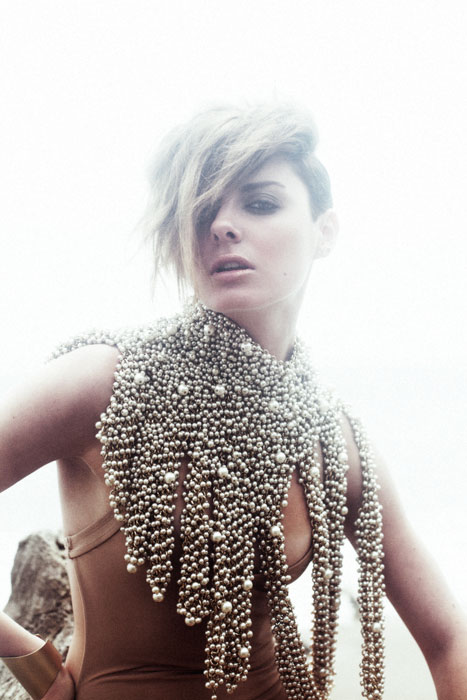