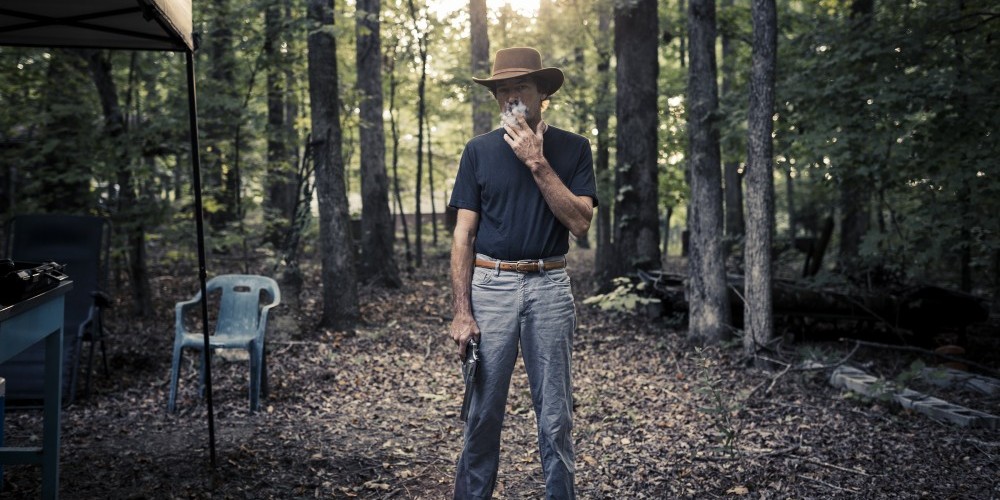 Tamara Reynolds and her “Southern Route”

Photographer Tamara Reynolds grew up in the South and wants to share her love for this too often misrepresented region. With her series Southern Route, she does just that, capturing images from the South that may get ignored. In this exclusive interview with Resource, Reynolds tells all, from how Southern Route got started, to how she captured her breathtaking images and what she hopes to convey with the series that is so close to her heart.

How did you come up with the idea for Southern Route?

It was a project that took shape rather than something I committed to before venturing out. After a year I felt I had a body of work that could be shown. It is a result of my experience in my everyday life traveling and the result of my life growing up southern. To quote Emmet Gowin, “There are things in your life that only you will see, stories that only you will hear. If you don’t tell them or write them down, if you don’t make the picture, these things will not be seen, these things will not be heard.” To me, these things will be forgotten, lost or might never be understood. 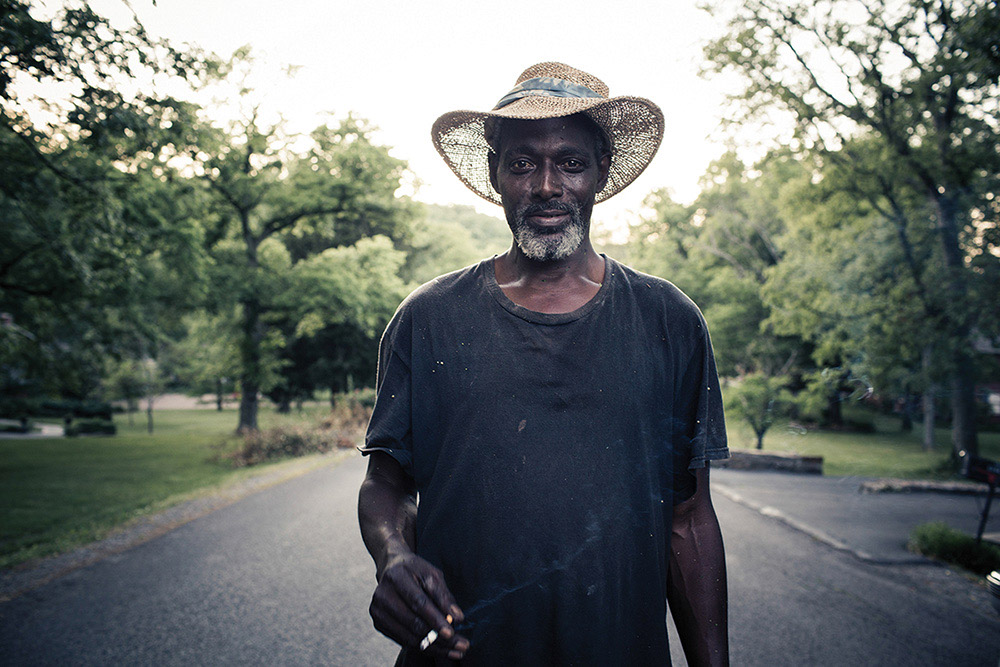 What’s the message you hope to convey with Southern Route?

I want to show the south that can be overlooked, unappreciated or denied. What imagery results, if I let go, makes sense in my project being that I am a southerner shooting a southern story and thus ultimately “my” life perspective. 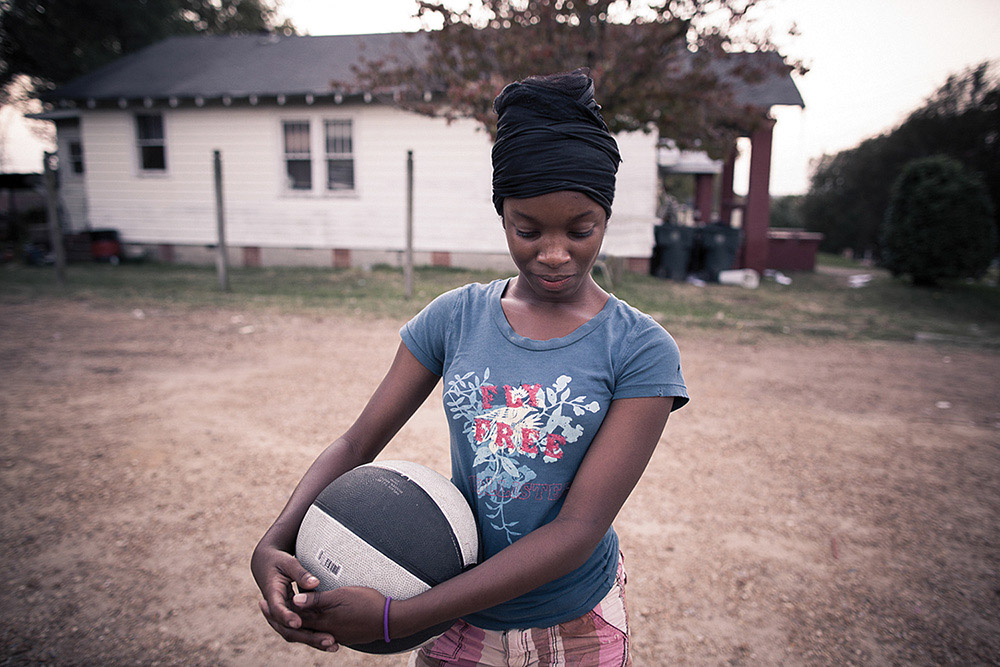 What went into your research for this series?  How long did you spend exploring small towns in the south? How did you go about finding these places?

I travel a lot by myself and I try to stay off the main roads as much as possible. I have a destination but I meander toward it. I sometimes pick a place because of one thing (such as the harvesting of the cotton in the Delta), but I stay open to the possibilities along the way. I did watch a Yale Online Lecture series on Civil War and I read a few southern non fiction books and online publications to keep in the southern mind set. I also watch documentaries that intrigued me about places in the south to explore. 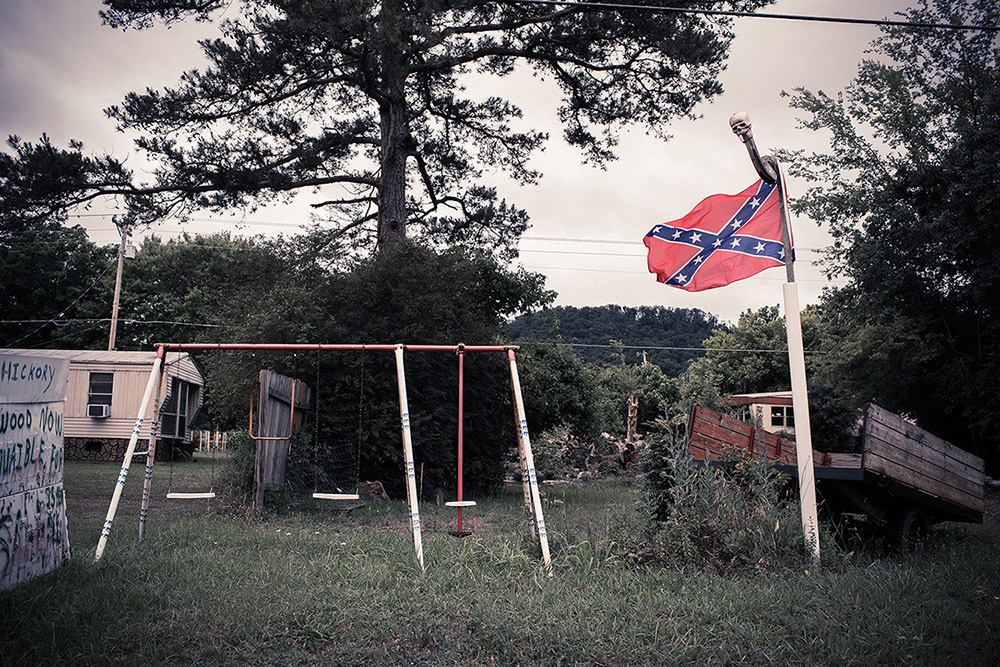 So far, has the reaction to the series been positive?

I will say it usually is going to be people who have an artistic sensibility about them and are open minded. I have found too that many of those who relate are those who were born around the same time I was. My work ran on the DailyMail.co.uk and the response was generally anger and negative. It might offend those who are looking at the images as a mere cross section of the south and not an artist’s invitation to dialogue about what she personally experienced. 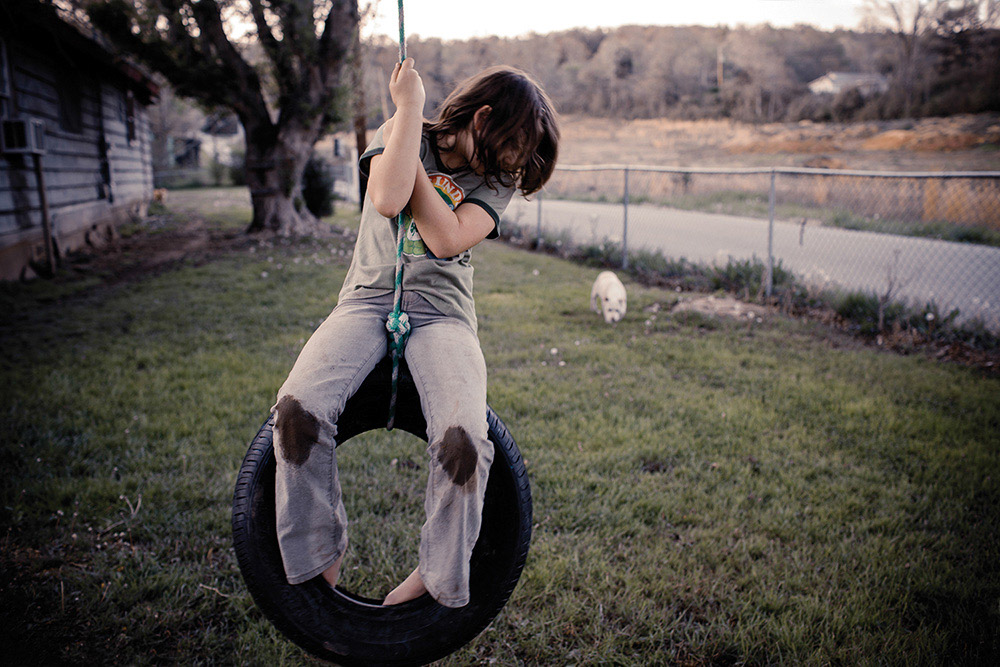 How did you find your subjects for Southern Route?

Typically I was drawn to them in one way or another. I did not purposely go out and set the project in motion. I was responding rather than purposefully setting off toward a goal to reach. So with that said, I let my eyes and soul guide me. 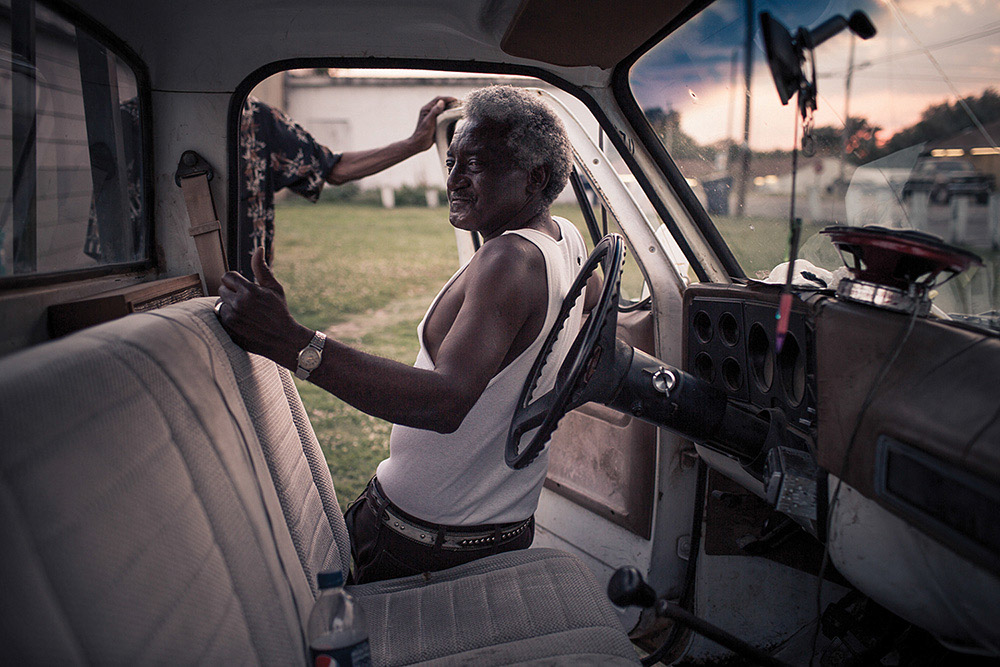 Are the shots candid or posed? How much staging, if any, did you do?

I shoot candidly if a story is happening in front of me. In some cases, I pose the subject if I feel the mood of the image must be represented more intensely. Sometimes the subject is so striking that directing them might give the viewer the compelling experience I am having. Or without any regard to the viewer, I want to see what this person would do and look like as a photo. I have always been a collector of things–I guess this is just another way I collect. I collect the experiences and these images become my keepsakes. The images work to jar my memory of the person and the conversations we had. I remember my life a lot of times through the photos I take. I don’t know if that is so good. Am I living the moments of my life through the photos I take or am I really experiencing the moments? Sometimes I wish I didn’t have to shoot but I just can’t help it. It is like photography has become my “why”. I normally would not meet all the people or go to all the places unless I was compelled to shoot. It is such a conflict in this way for me at times. 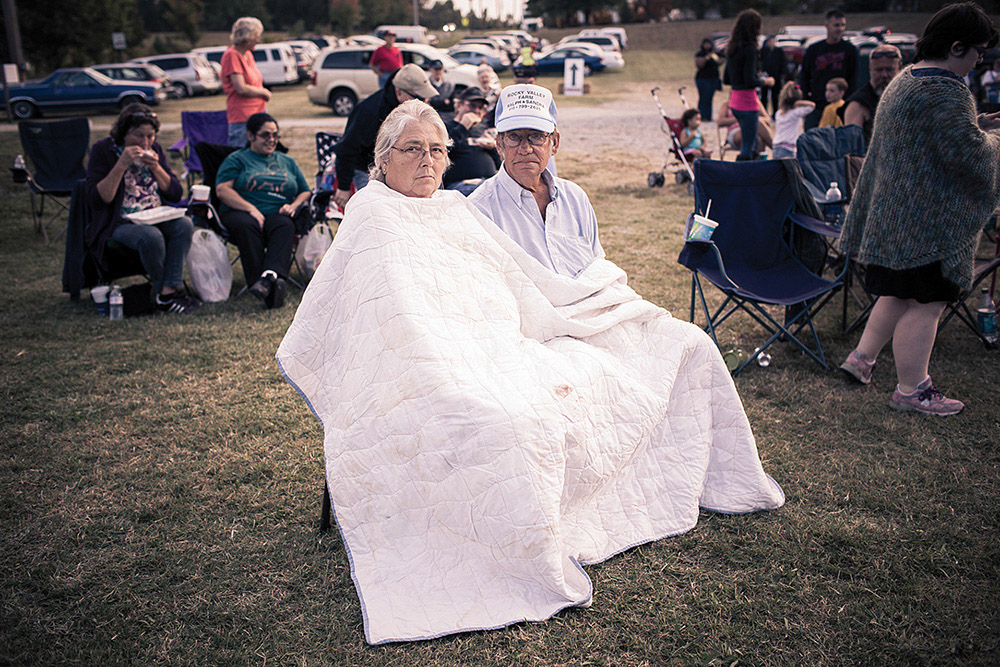 A lot of your series explores the South iconography as you photograph Memphis, child pageants, families, and local businesses. As a Nashville-based photographer, do you feel a responsibility to represent your region and culture?

I feel compelled to collect what I am afraid will disappear without ever being seen. I am showing the work in hopes that others will see the south typically overlooked, under appreciated or wrongly viewed. As early as I can remember I have been an explorer of places and people. And having grown up the youngest of my family struggling to be heard, I find I am still doing it with my photography. 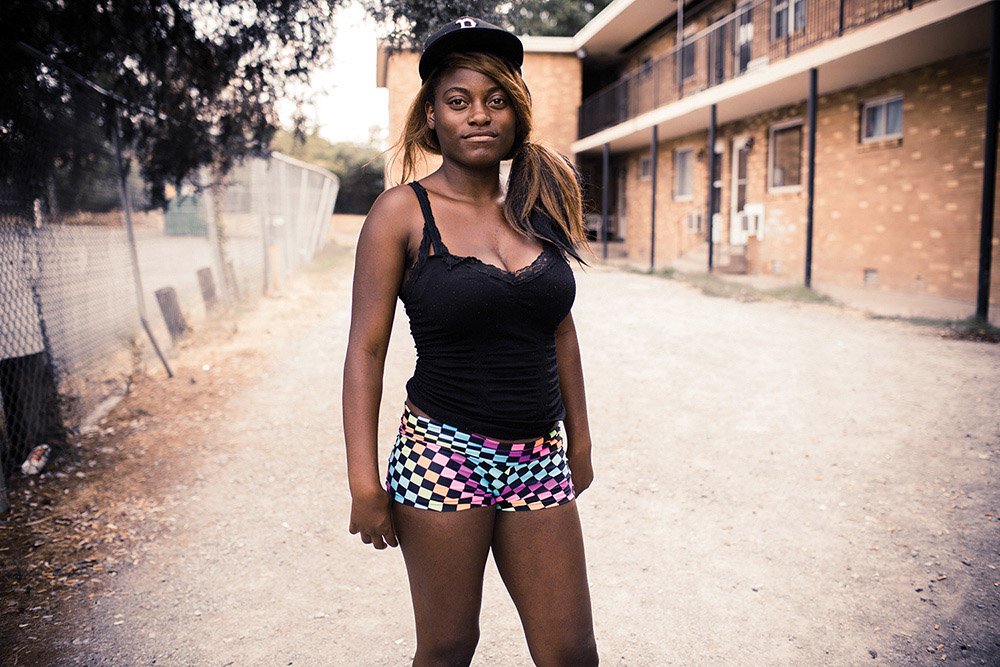 You said that this series helped you appreciate your home “despite its failings,” but you also said that it helped you’ve learned about the positivity that exists in the South. Can you talk about this a bit, how has this project opened your eyes to the positives and negatives of southern culture? Have your feelings about the South changed since you began this project?

I do know that I am embracing my southernness with more love and appreciation. The more I learn and explore, the more people I meet and talk to in my home region opens my eyes more to the truth of it.  I think that by learning first hand I can express to others that “lack of knowledge” keeps us in shame or in denial or in fear. It is by learning and accepting the truth of it, not denying, or defending against it that one finds freedom from the shame and ultimately finds the love. 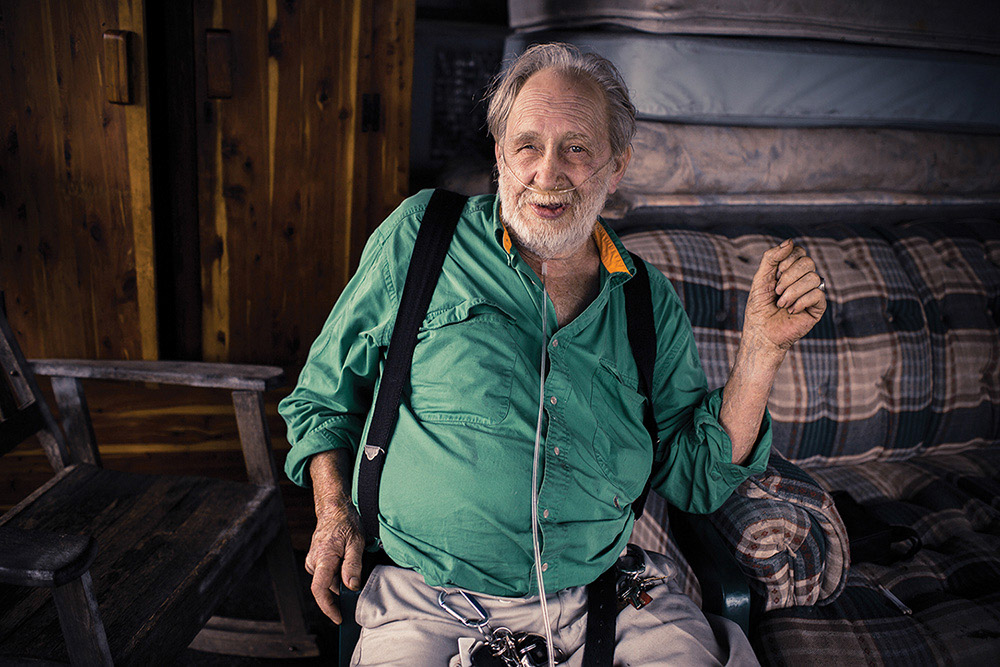 Where do you typically find your inspiration for new projects?

I can really get motivated by seeing a place. Recapturing something I feel I’ve lost triggers a project. I guess it is a gut feeling like anxiety that will prompt a project. Or like this project, I was needing to involve myself with the south so I could know it and love it.

What’s in the future for you?

I am going to a particular place in the south to explore. I am in the process of reading about it now. I don’t want to say anything about it yet, but it is a place I am afraid is disappearing. 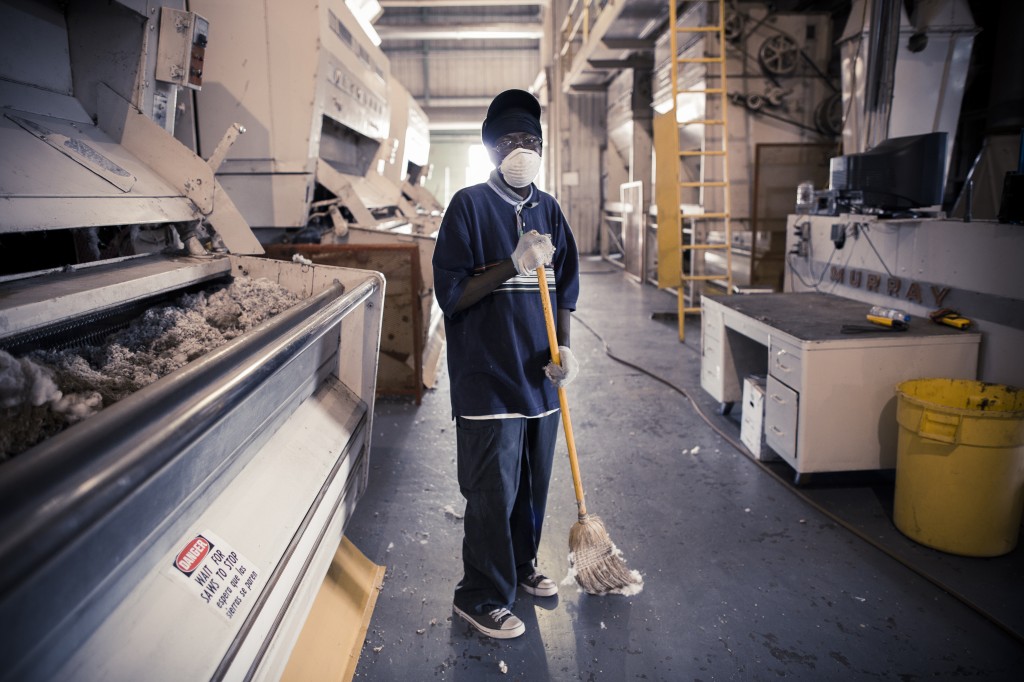