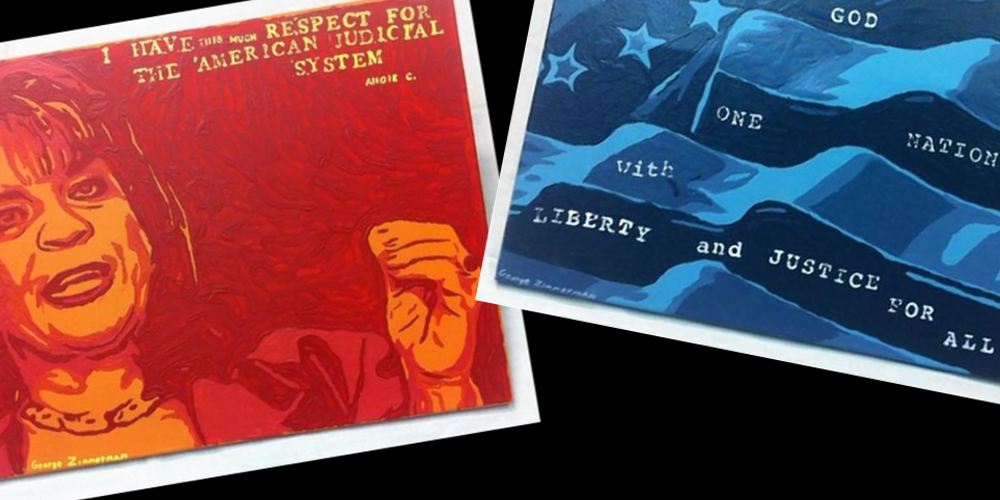 To say that George Zimmerman has a penchant for getting in trouble is an understatement. In early 2012, the now infamous 30 year old man was prosecuted for shooting and killing young Trayvon Martin in Florida. Since his acquittal last summer, Zimmerman has been spending his time with creative pursuits.

Just two months ago, Zimmerman painted a blue stylized photo of the American flag with the words “God, One Nation, with Liberty and Justice for All”. Although it was immediately and unsparingly shot down by critics, the artwork incited a bidding war between 90 buyers on eBay. It was eventually sold for a whopping $100,099.99. Later, it was discovered as a copy of a photo taken from Shutterstock, which Zimmerman never acknowledged. 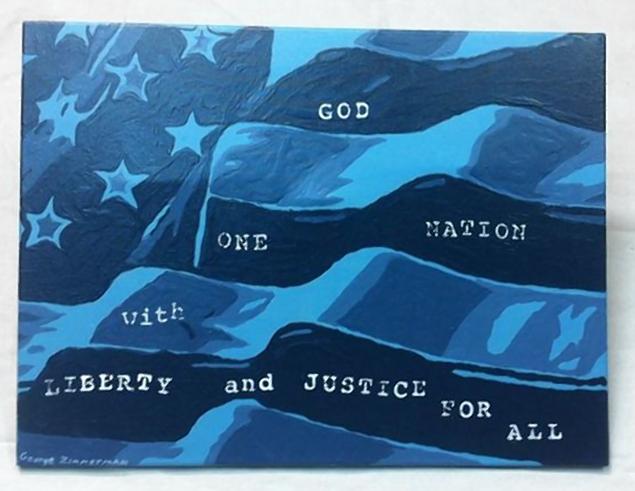 “Everyone has been asking what I have been doing with myself,” Zimmerman wrote to bidders. “I found a creative way to express myself, my emotions and the symbols that represent my experience. My art work allows me to reflect, providing a therapeutic outlet that allows me to remain indoors.”

Only, his therapeutic outlet keeps provoking more predicaments. Zimmerman’s latest painting was revealed on Twitter by his brother, Robert Zimmerman. It is an orange-and-red remake of a photograph of his own prosecutor, Angela Corey. She appears to be pressing her fingers together in mid-sentence. The words “I have this much respect for the American judicial system” are painted above, as if to say that the Florida prosecutor has no regard for the same system she is a part of. Corey is not known to have ever uttered those words. 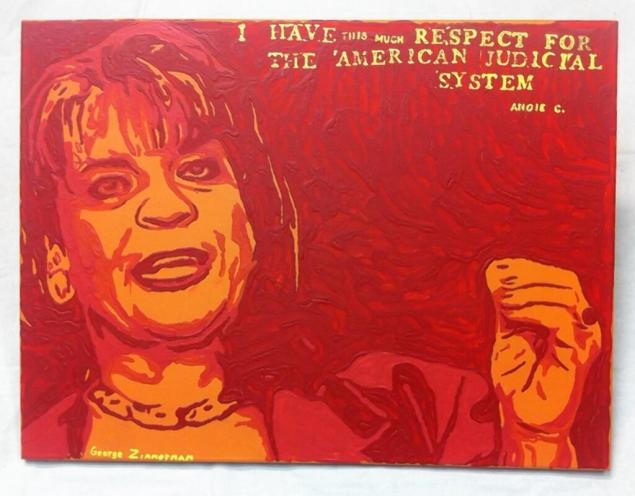 The other issue lies in the proper crediting of the image’s ownership. The photo was taken by freelance photographer Rick Wilson for the Associated Press (AP), at the exact time Corey charged Zimmerman with second-degree murder. Once again, Zimmerman has used a photo, taken by another, and turned it into his own artwork. The legal implications of such an act could prove hefty once processed. Like the case of Shepard Fairey’s Obama “Hope” poster, it is a matter of respect for the original source. 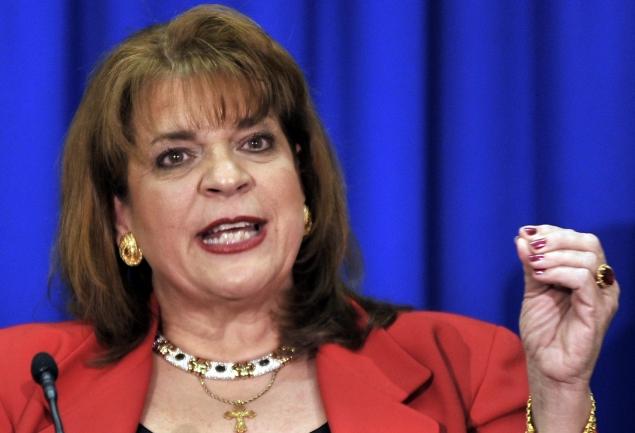 On another note, we must consider what this story means for creativity and the industry of art as a whole. Zimmerman is among a list of people who have killed and whose paintings are widely viewed and studied for that reason. John Wayne Gacy produced nightmare-inducing paintings of clowns and dwarves. Charles Bronson painted revealing pieces about his life in prison. Henry Lee Lucas, Ottis Elwood Toole, Keith Hunter Jesperson… the list goes on. Sure, these creations can provide us with a peek inside an ill-famed man’s mind. In fact, their work can be found in many websites dedicated to featuring only criminal art. There are galleries and installments showcasing their compositions and substantial amounts of money made from their sales. But we also know that while these notorious men produce sought-after pieces without much artistic skill, there are artists out there struggling to make their work known, to no avail.

If George Zimmerman makes another colossal $100,000 sale with the clearly plagiarized “Angie”, it’s a slap to the face for the real artists who produce originals. There are artists whose lifelong work isn’t valued as much simply because their records are clean and they don’t have stigma to support them. Moral of the story? Being deemed a murderer is a surefire way to get the world to hate you, and at the same time give your artwork the attention you think it deserves. 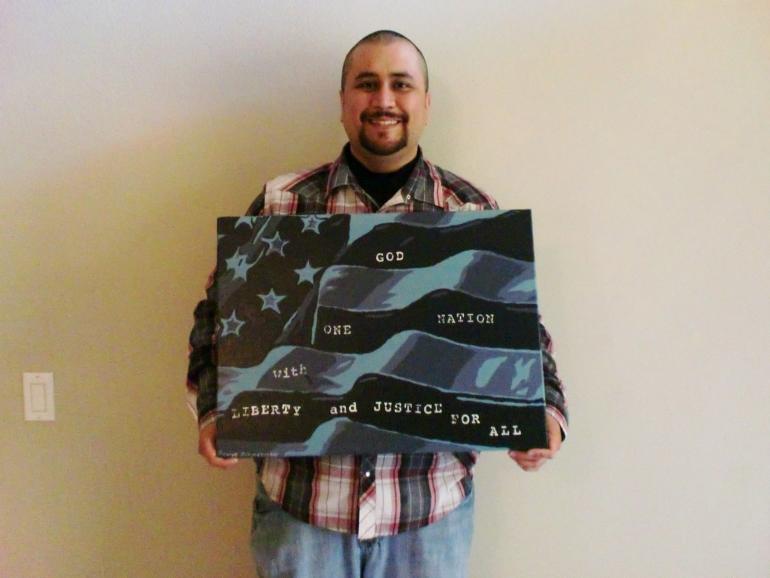