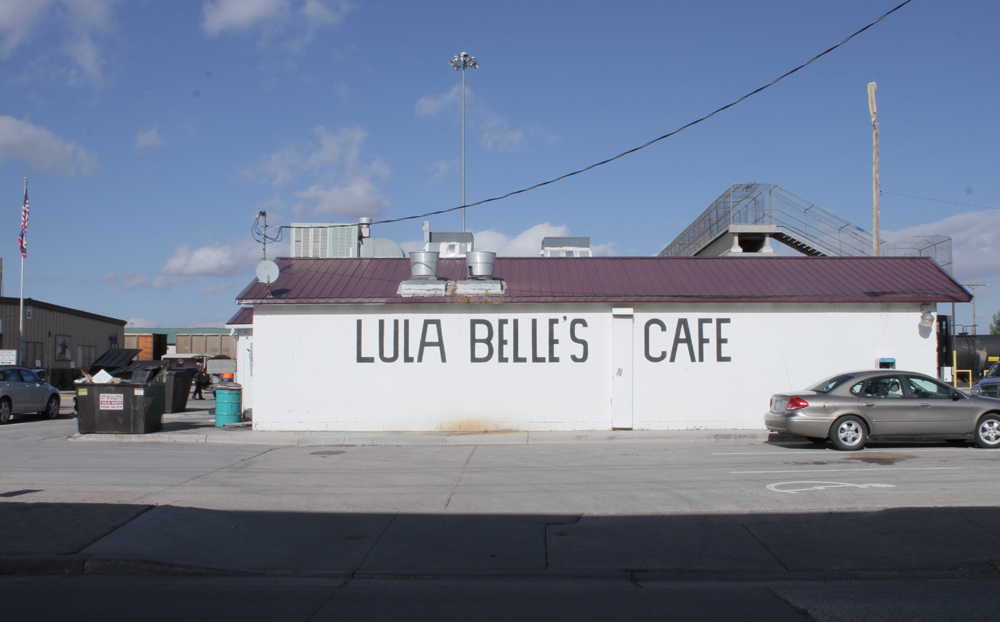 “American Waitress” was shot over a two-week road trip traveling from New York to Los Angeles. As a foreigner who has lived in the U.S. a long time, I have a continued love for Americana; I decided to take the opportunity of this trip to capture the iconic and inevitable part of every cross-country drive: the roadside diner–and more importantly, the waitresses who work at them. 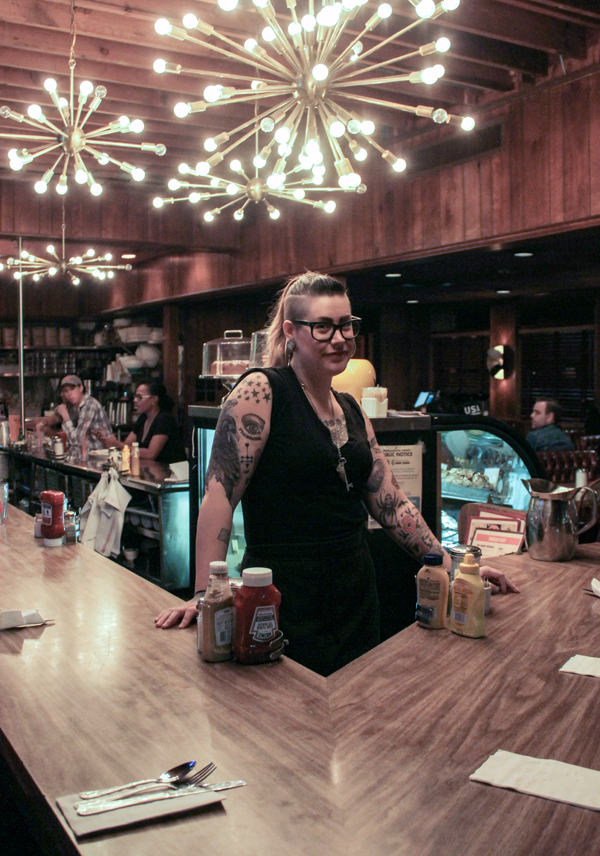 The American diner waitresses of my childhood were from movies and TV; they had sassy glamour, big hair and called you “sweetie” while they re-filled your coffee. I decided to give the real-life waitress who happened to serve my table each morning no direction and minimized interruption to only one or two quick shots capturing them as they were in between serving tables. 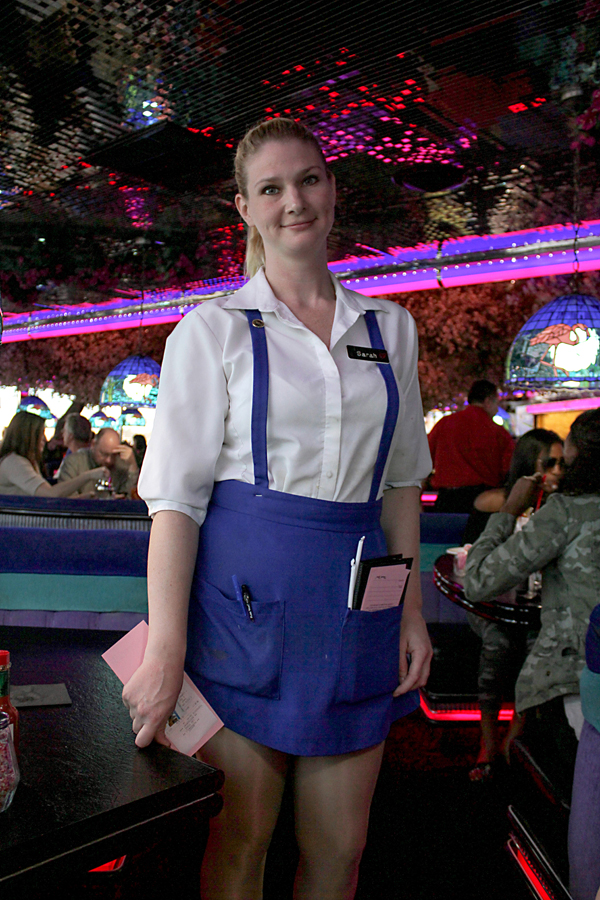 I was interested to see how the waitresses would change as I left the cities and entered the less visible and more remote parts of the country. In those few minutes photographing them, I met some waitressing “veterans” who had stayed in the same town and job all their lives, chatting with all who pass through, year in, year out. And I met girls in their late teens who use the flexibility of the job to save money and travel to the next town. They became the best part of the road trip, as without fail each one automatically smiled politely for the camera, asked me where I was headed–and of course, if I needed more coffee. 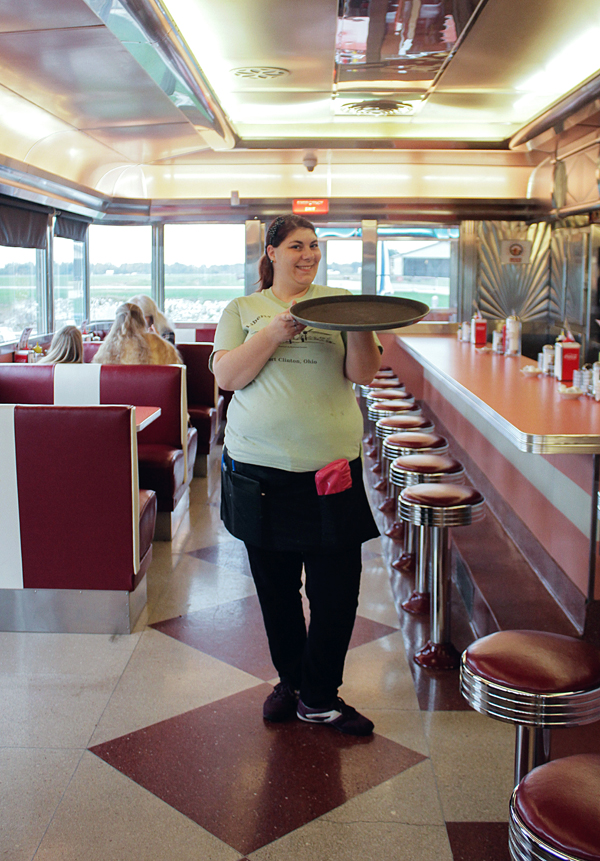 Growing up in London and Jakarta, Claire J. Donoghue studied realist photography while at University of the Arts London and continued to work in the industry with well-known photographers and artists. She lives between Brooklyn and Los Angeles and continues to photograph and make videos about hidden stories and creative people.