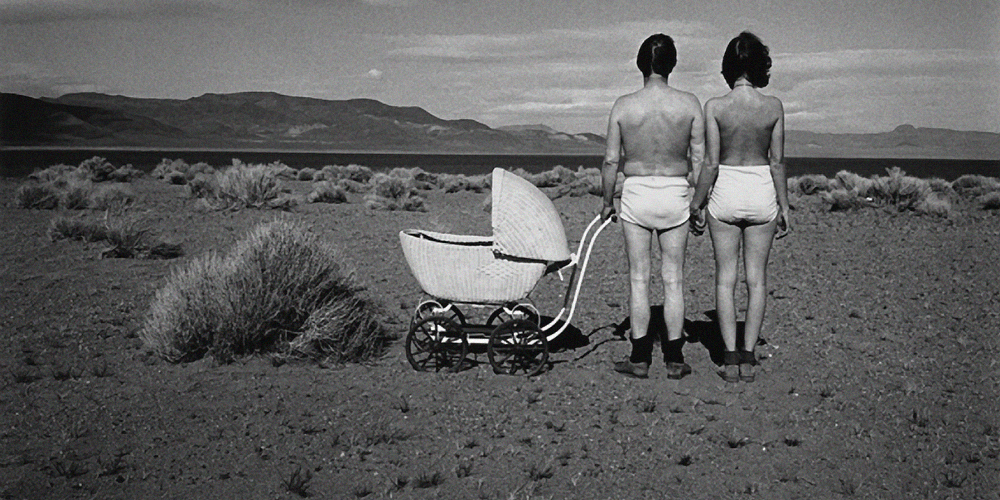 Every other year, photographers, curators, publishers, magazine editors and collectors descend on Houston throughout the month of March to be a part of the Fotofest Biennial, one of the largest international photography and portfolio review events in the United States. Last weekend, I spent five days at Fotofest Biennial meeting artists and reviewing their work. While this was my second time participating and something I had been looking forward to for months, I wasn’t always familiar with what this experience was like. A colleague once explained portfolio reviews to me as “speed dating for photographers.” I’ve got 20 minutes to connect with each artist, hear about their projects and see their work. I saw hundreds of images and a lot of compelling and incredible work. Rather than wax poetic about the process step-by-step, I’ve chosen three artists to highlight, whose work stood out to me. 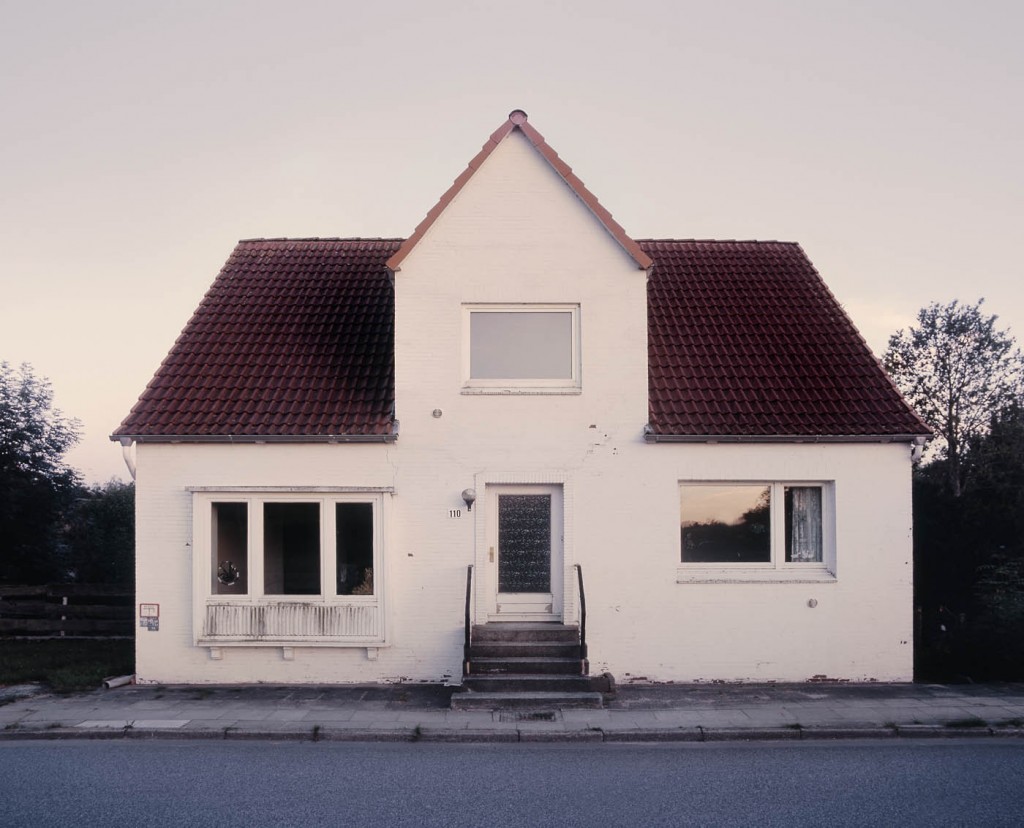 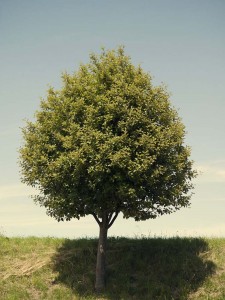 Norma, a series by Roger Eberhard, captures the pristine homes on Hasselwerder Straße in Neuenfeld, Germany, juxtaposed with their manicured landscaping. The quintessential picture of suburbia, these houses were purchased by Airbus in 2004, displacing the original owners and have been maintained by the Hamburg Senate. For this series, Eberhard’s palette is deliberate in its subdued hues and even light. Each house has been photographed at dusk, while each tree has been photographed at noon. 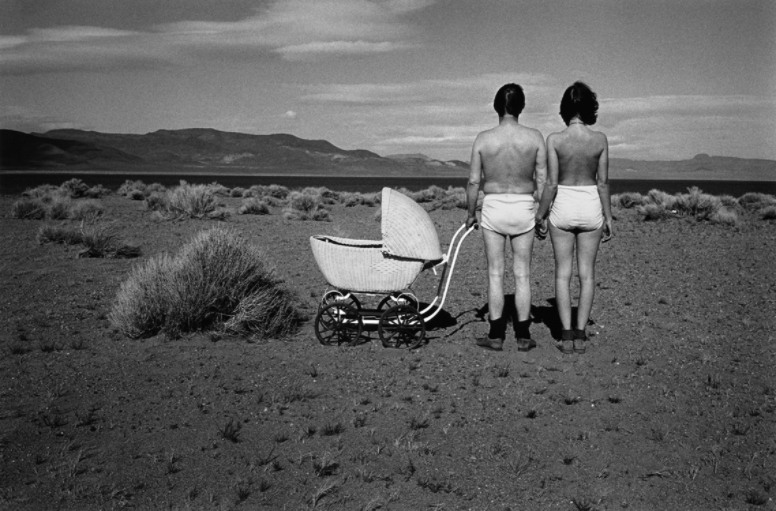 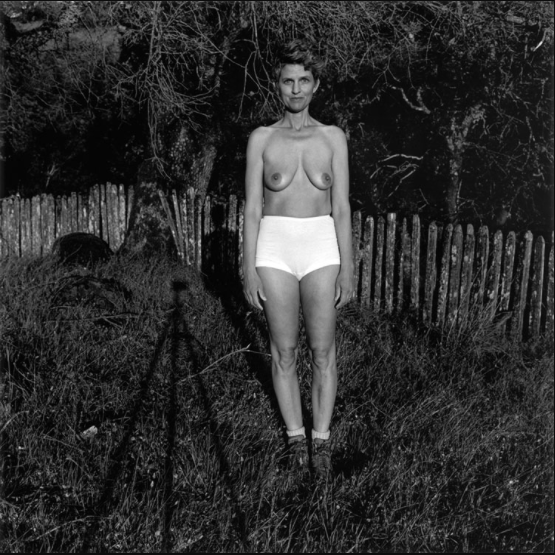 Lucy Hilmer’s self-portraits for her series Birthday Suits chronicling the past 40 years, beginning with her 29th birthday, are cheeky and captivating. Her ability to face the camera each year, in her uniform of “lolly pop” underwear, socks and shoes, with grace and wit makes these self-portraits transcend the specific and begin to represent “every woman”. Hilmer happily invites us on her journey through time with poignant photographs that chronicle her ups and downs. 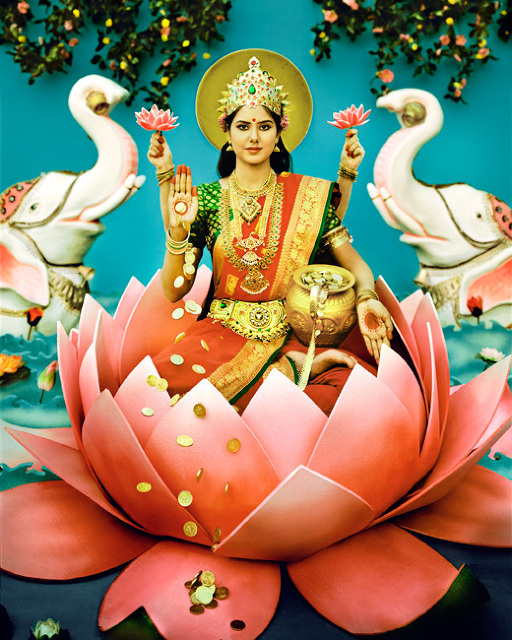 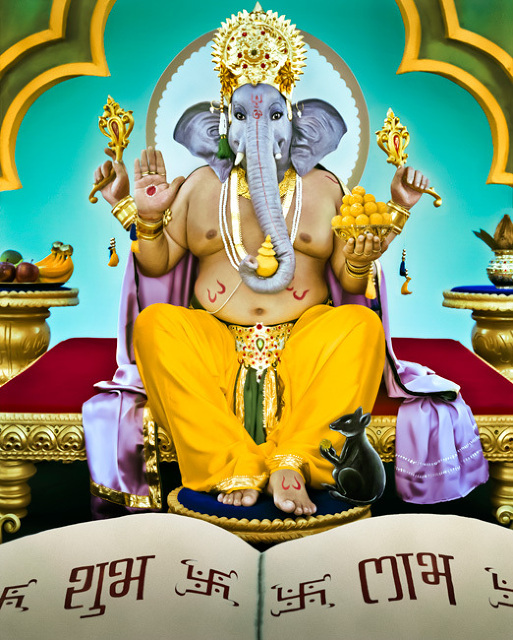 Darshan, a series of elaborate portraits from photographer Manjari Sharma, was directly inspired by her move from India to the United States and her experience of settling in among a great shift in culture. Sanskrit for “apparition” or “glimpse”, Darshan is most often used in association with Hindu worship. As a way for Sharma to coalesce her experiences and memories of India with her move, she turned to photography. By creating portraits of individuals taking on the persona of Hindu Gods, she presents photographs as a portal for possible spiritual connection.

Note about the Author: Chantel Paul is the Assistant Curator at the Museum of Photographic Arts (MOPA) in San Diego. She has curated a number exhibitions at MOPA, including Kevin Cooley: Elements (2013), Staking Claim: A California Invitational (2013) and its accompanying catalog, Unusual Suspects: The Paintings and Photograph of Holly Roberts (2012) and Eyes of a Nation: A Century of American Photography (2012). Ms. Paul co-curated the NEA funded traveling exhibition Streetwise: Masters of 60s Photography (2011), along with the accompanying exhibition catalog.

Prior to her work at MOPA, Ms. Paul served as the Director for the Morrison Hotel Gallery in La Jolla, CA. She has worked with artists and archives ranging from Herman Leonard, Henry Diltz, Jim Marshall, and Autumn DeWilde, among others. As Director of the Morrison Hotel Gallery, she helped coordinate exhibitions with the Southeast Museum of Photography and the Brooklyn Museum of Art.

MOPA has a great blog you can follow here.

Chantel Paul has recently started a monthly column on ResourceMagOnline.com. We’re excited to have her on board!