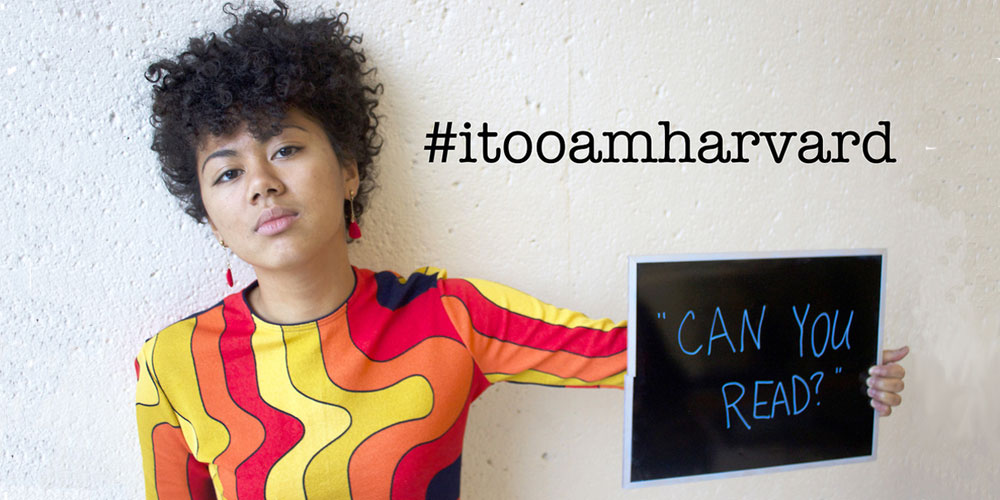 “I, too, am Harvard”Anthem for Black Students a Tumblr Photography Project

A group of African-American Harvard students have been frustrated with the attitude of the larger “White” community on campus. They decided to confront the institutional racism that they face through a photography project posted on Tumblr.

It’s a way of standing up, speaking out, claiming the campus to be theirs as well, to say: We are here. The Tumbler series is part of a larger campus campaign against racism at the institution. It started as a collective campaign in response to an article called “Affirmative Dissatisfaction,” written by a white student and printed in the Harvard Crimson in November 2012. 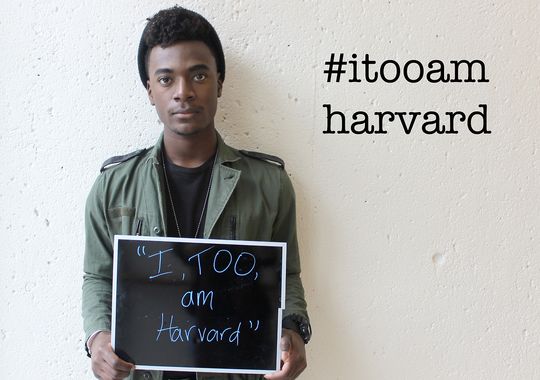 ©Carol Powell, I, too, am Harvard

Around spring break last year, Mastuda-Lawrence conducted 40 interviews of black students at Harvard as part of an independent study. The interviews and reactions were used to form the play, “I, too, am Harvard” that premiered on March 7, as apart of Harvard’s 16th Annual Dr. Walter J. Leonard Black Arts Festival. Although it highlights the plight of few students on the campus, the whole community has still a lot to tell. 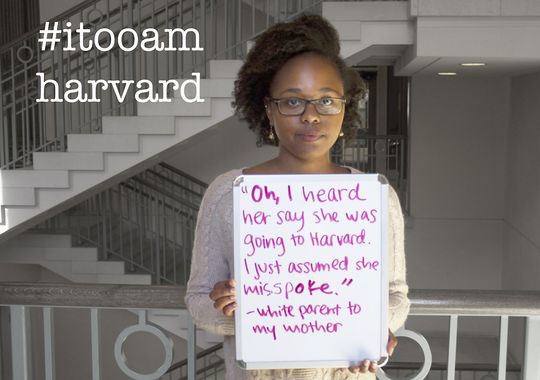 ©Carol Powell, I, too, am Harvard

Carol Powell, a fellow Kuumba member, captured 63 black students from the Harvard campus holding boards with messages and racist remarks they have heard on campus. Mastuda-Lawrence related one of her own experiences as a black student in the famed Ivy League college. Strolling along with black friends through the Harvard Yard one night, they were confronted by two white male students that appeared drunk. One of them came right up to her face and yelled, “Can you read?”

Since the launch of “I, too, am Harvard,” the team has been contacted by many black students from other campuses as well and now wishes to launch a nationwide movement. Looking to build a movement, Mastuda-Lawrence stated that “The play isn’t an end, it’s a beginning.”