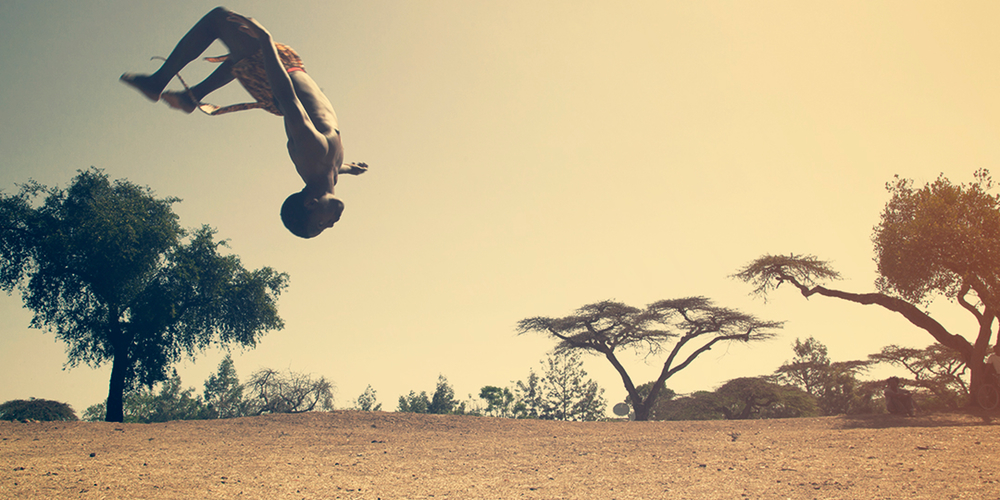 Aria IsbertoMarch 7, 2014
Photographer and globe-trotter Kiritin Beyer‘s latest project is a documentary of her trip to Africa with painter Parris Jaru. Jaru calls it his artistic odyssey. We watch his murals blossom into life – paintings he creates on walls and surfaces in places not many people ever get to see. The soft music guides our emotions and his words guide our thoughts.
Beyer recorded the entire journey and the output is as beautiful as the artwork. Although this is just the beginning of her adventure into film, “Imagi(nation) is Creation” is a quiet wonder, an artistic experience and a lesson for us all.
“Art has no frontiers. Art breaks languages, barriers and institutions. Art is free, has no nationality, identity, type or style. I got so accustomed to painting within the confines of four walls, while feeling a need to capture a deeper expression. I imagined taking an artistic odyssey towards inspiration, culture and imagination. Traveling to me has always been an exploration of the spirit and a challenge to assimilate. My desire was to share my creativity with the local artists, and murals made sense – connecting me with local artists on this journey.”
– Parris Jaru
[vimeo id=”79436219″ width=”620″ height=”360″]
How did you and Parris Jaru meet?
He is a pretty famous artist and I felt honored to work with him.
Just kidding, Parris is my boyfriend. 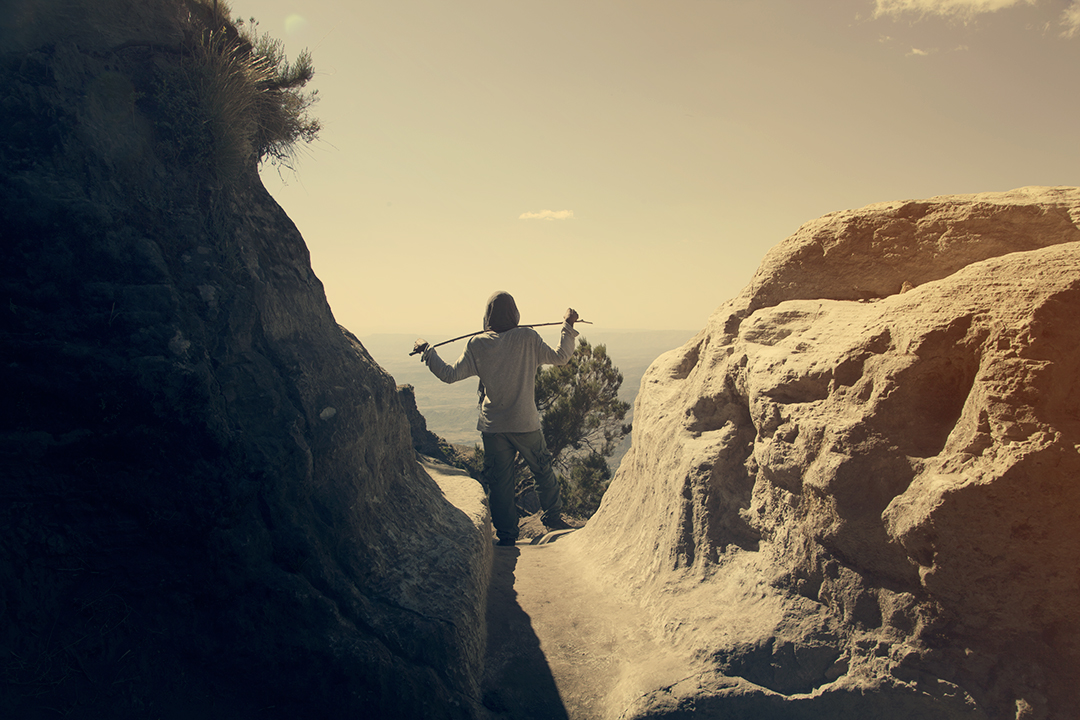 What made you decide to do this project and how was it planned? Well in advance or spontaneously?
Africa was the last continent on my list of places to travel to and I truly wanted to discover the land and culture. I planned and organized photo projects, but once I arrived there, nothing went as I expected. The concept of time and distance between our western world and Africa are on opposite poles.
Getting in touch with local people took me days, and to simply access a village was hardly doable because you had to cross no man’s land (desert). I began to realize I was just going to go with the flow and everyday would be a discovery. 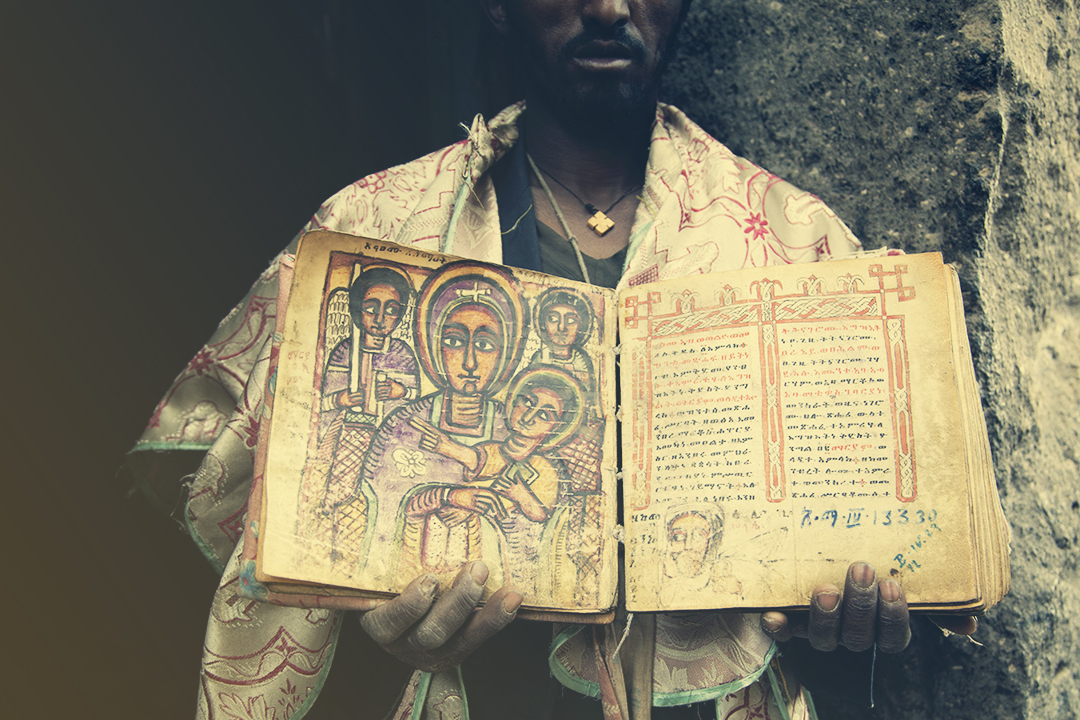 How did the idea come about?
The video idea was totally spontaneous.
As a painter, Parris wanted to share his art with the local peoples and I decided to record those moments. It ended up being an amazing project and a wonderful human experience. Instead of just passing by and snapping photos, we collaborated on an art project by creating murals (wall paintings). Before starting the project, I was often asked for money in exchange for taking pictures wherever we went. Those situations always made me feel uncomfortable. As a tourist many people saw me as a walking ATM machine (“Ferangi”). I realized how an artistic exchange can open doors without value and cost. To our surprise, after Parris completed a mural we were often offered a free place to stay out of gratitude.
We traveled from Tanzania through Kenya to Ethiopia and met astonishing, inspiring and artistic people during our journey. 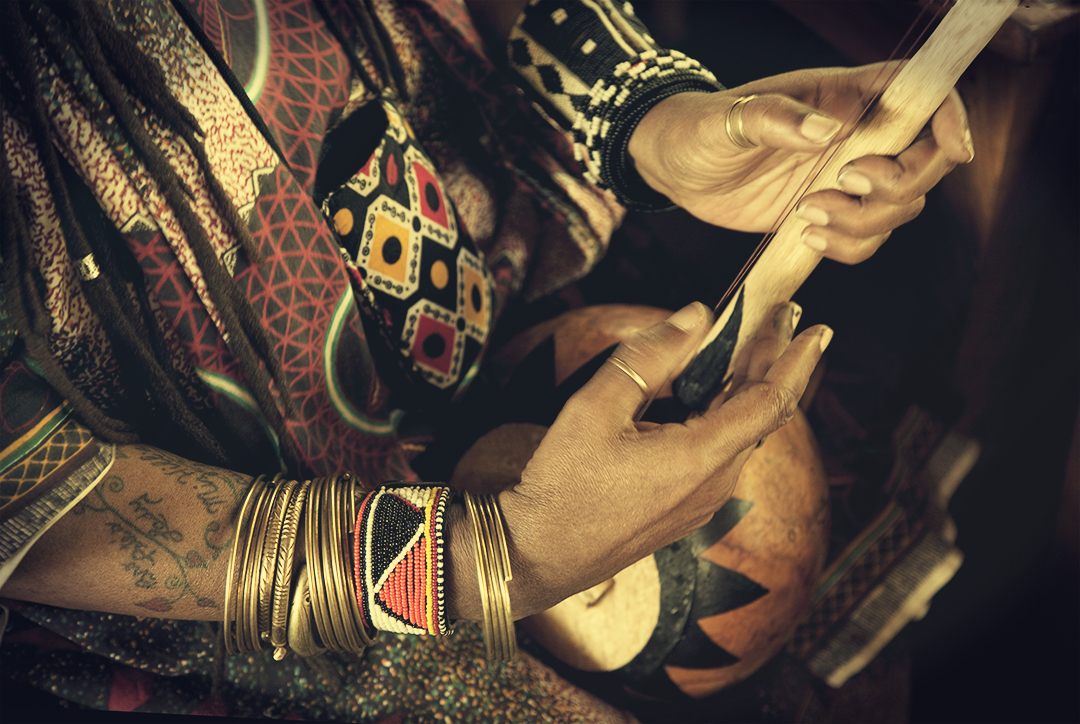 Is there something crucial to your art you learned along the way?
My biggest lesson during my trip around Africa was to have patience behind the lens and to take it step by step.
How long did the editing process take? Which program did you use?
I used Final Cut. I was a total novice but the newest version was pretty simple to learn and apply. It took me on and off two months. 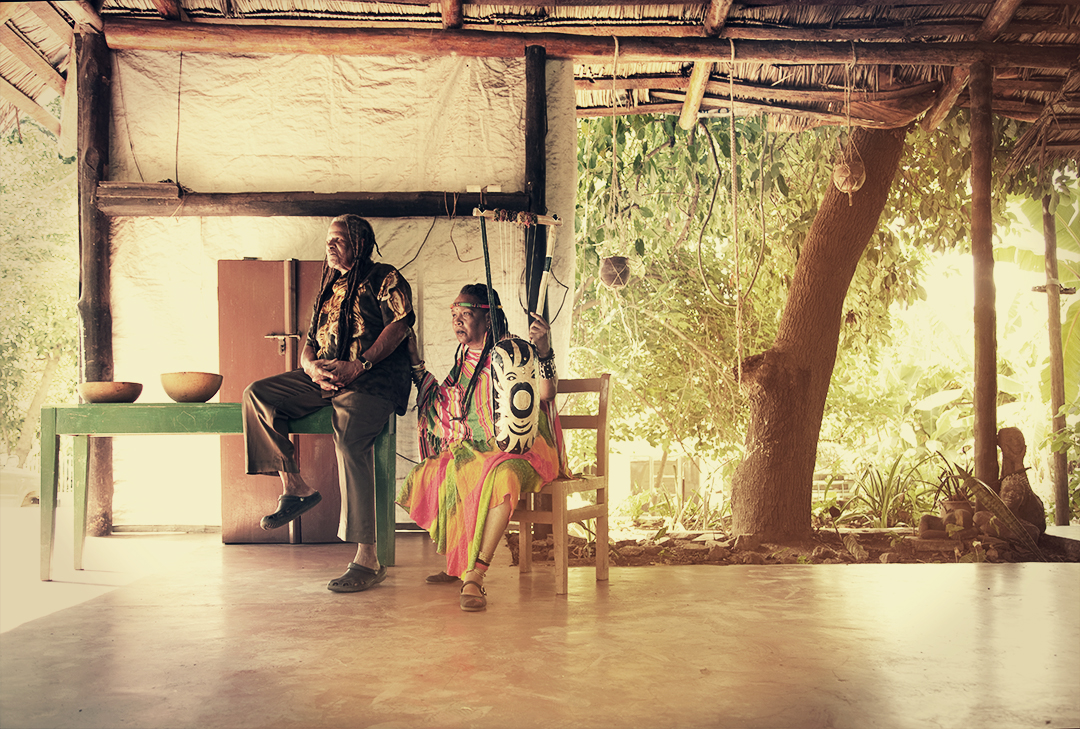 How long was the entire journey? Can you share some experiences?
We spent two and a half months traveling by local buses from villages to cities and across deserts. I could share hundreds of stories. I have to say that most of the stories happened during our bus rides. I didn’t see many tourists taking the local transportation in Africa and now I know why. Parris and I decided to take the bus from Nairobi to the border of Ethiopia. We left Nairobi on a lovely road and three hours later we found ourselves in the middle of the desert, or should I say, the middle of nowhere. I wonder what path the driver was following because there was no path. For the next 20 hours all that we saw was desert, a vulture flying around the bus and broken tires along the road.
When we crossed the border of Ethiopia, all of a sudden everyone wanted to become my friend. Sitting in the back of the bus, people turned their heads and smiled at me. I thought I was blessed! How nice are the Ethiopians! They stood up and handed me tons of bags for me to hold on to. I was pleased to help them until we stopped for customs. The patrol saw me seated on a big pile of bags. I then realized I was helping smuggle cloths across the border. 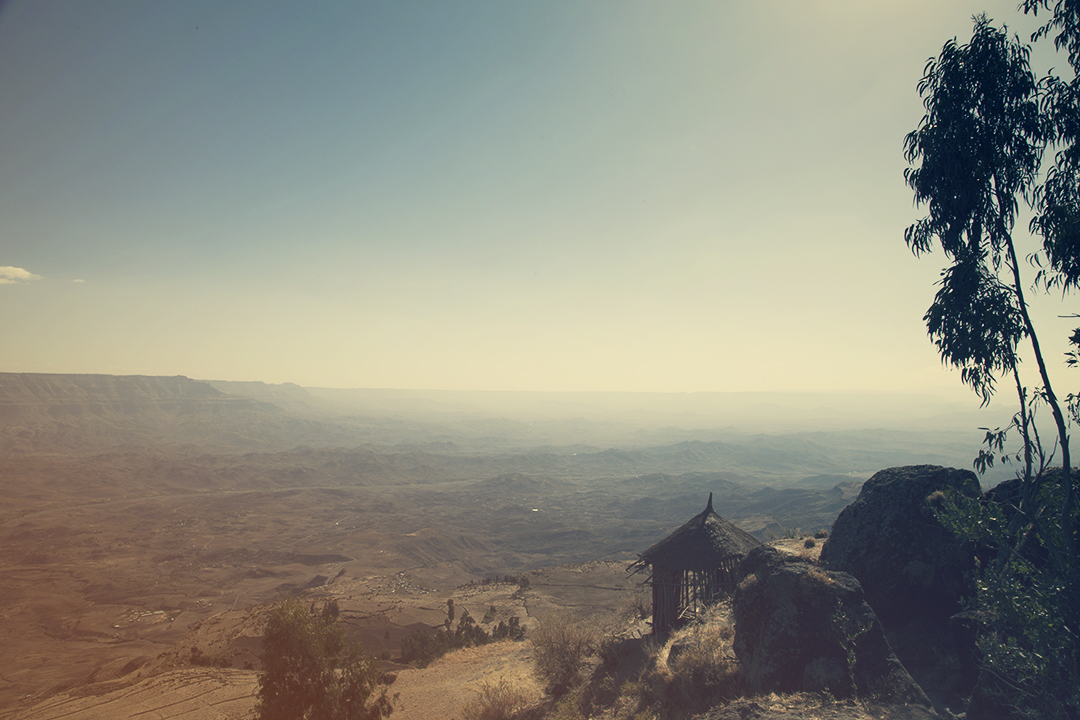 Have you ever ridden a coach bus that stopped in the middle of the way because it ran out of gas? That situation is totally expected in Africa. Like everyone, I paid for my ticket to the next village. The only problem was that the bus had all of a sudden stopped in the middle of the road with no explanation, and everybody had to leave. The most unreal situation I experienced was probably the ride we took from Addis Ababa to the north of Ethiopia. We took  a small mini bus as usual, cramped. Most buses there carry roughly 50 percent more than the recommended number of people, along with most of their possessions and several boxes of live chicks. I found myself pushed up against the window by the mass of bodies. The driver decided to make a stop for lunch in a tiny village before our destination. We were in a road side restaurant eating our Injura, and all of a sudden, we see the bus fly by with all of our luggage on top. I jumped up and ran after it. So imagine, a big blonde girl running after a bus in the middle of an Ethiopian village… 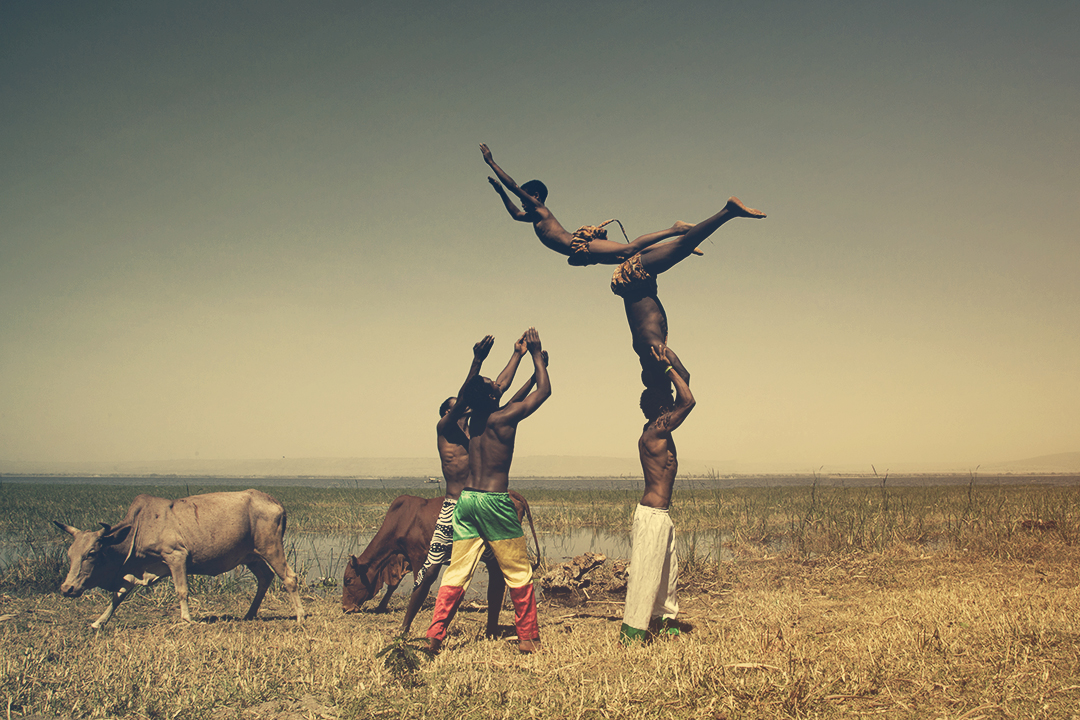 How did you decide where to go next?
I usually decide on the country depending on the number of contacts I have over there. I usually always stay with the local people. You will rarely see me around group of tourists or hotels. In the past I did some humanitarian work and those were also amazing experiences. I was working everyday on humanitarian projects and was close to the people so it became easy and natural to photograph them.
Which type of camera did you use?
I used an Canon 5D Mark II.
Do you have any advice for those who want to travel the world with a camera?
It really depends on where you go and what you want to do. My personal rule is to spend some time getting to know the subject or group of people you want to photograph, then do it without fear. 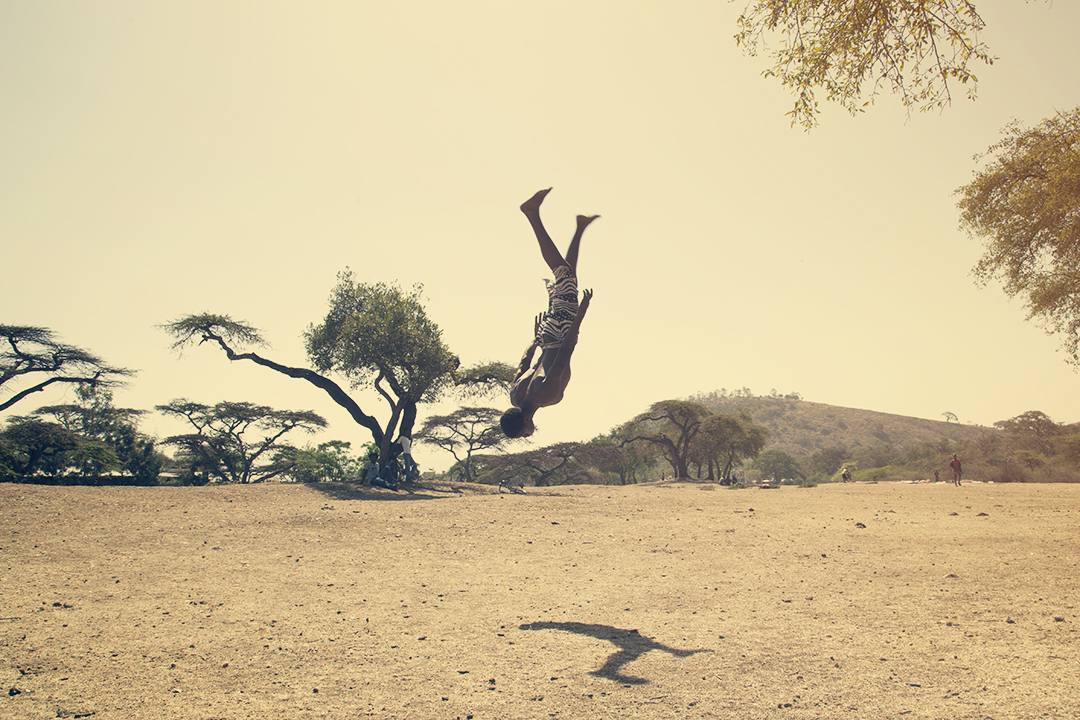 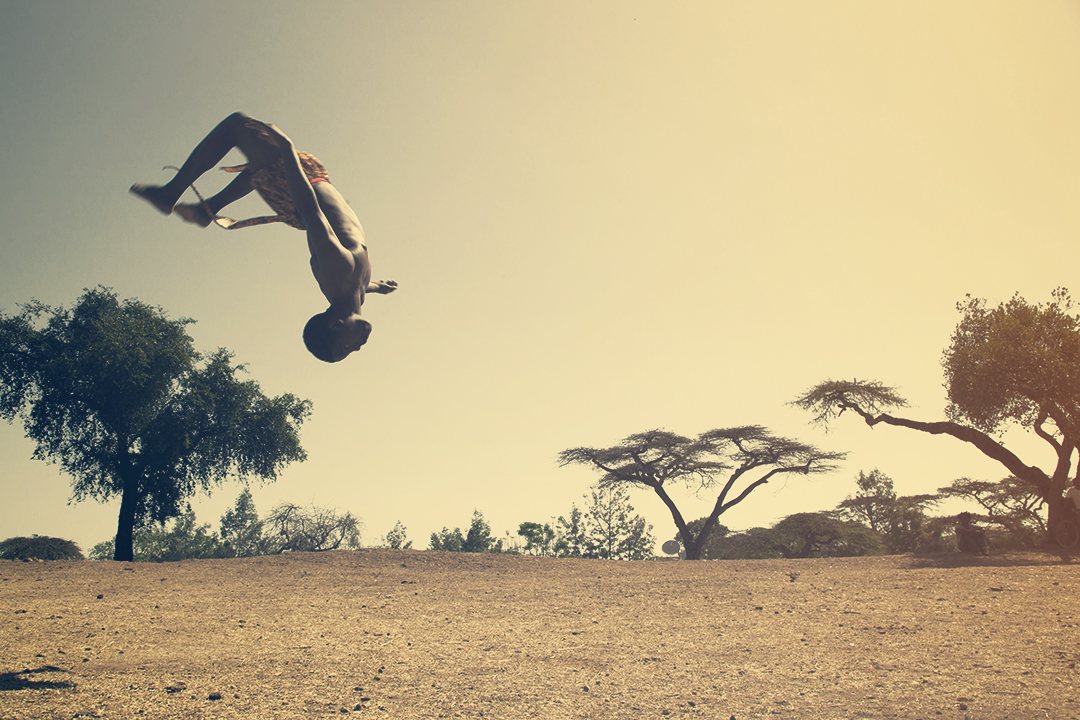 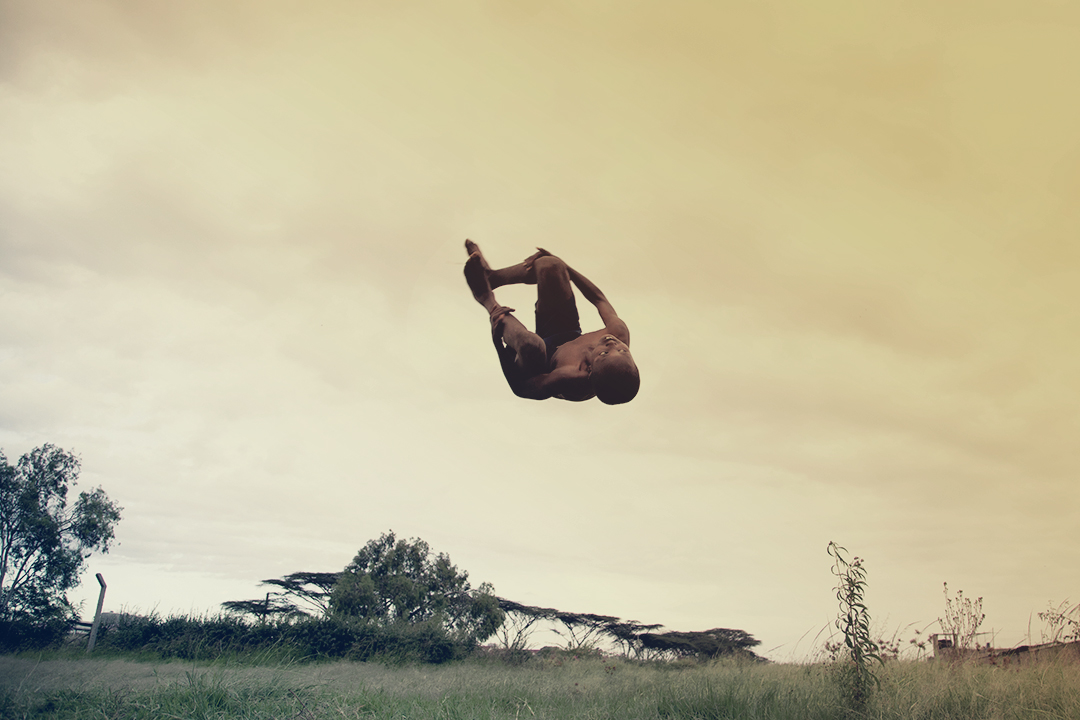