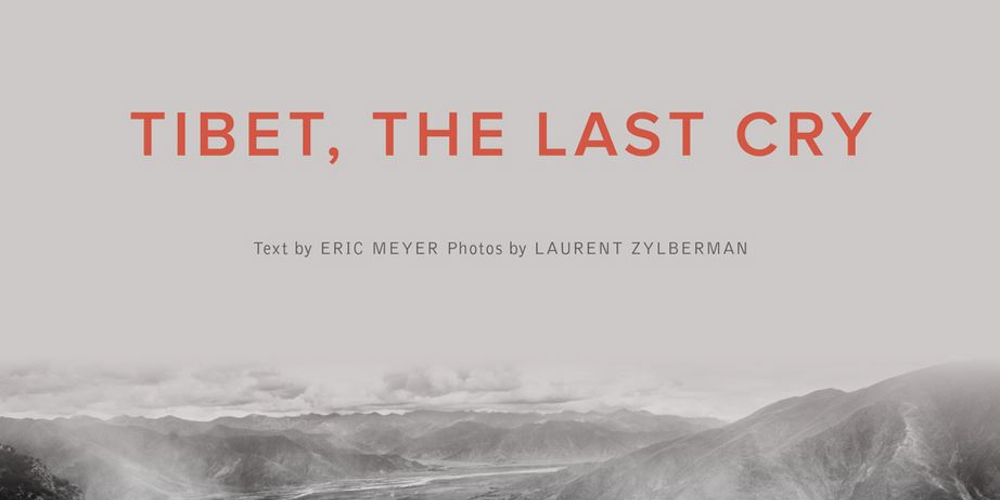 “This book is dedicated to the old Tibetan lady in gypsy dress whom we met at a humble bar in Lhasa–she never stopped sticking her tongue out at us that night, the local sign for ‘welcome’–as well as to her younger companions who serenaded us with drinking songs.”

After the period of chaos that erupted due to the flood of Han and Hui migrants into Tibet in 2008 , journalist Eric Meyer and photographer Laurent Zylberman were the only ones to witness and describe what no one else outside of Tibet was allowed to. 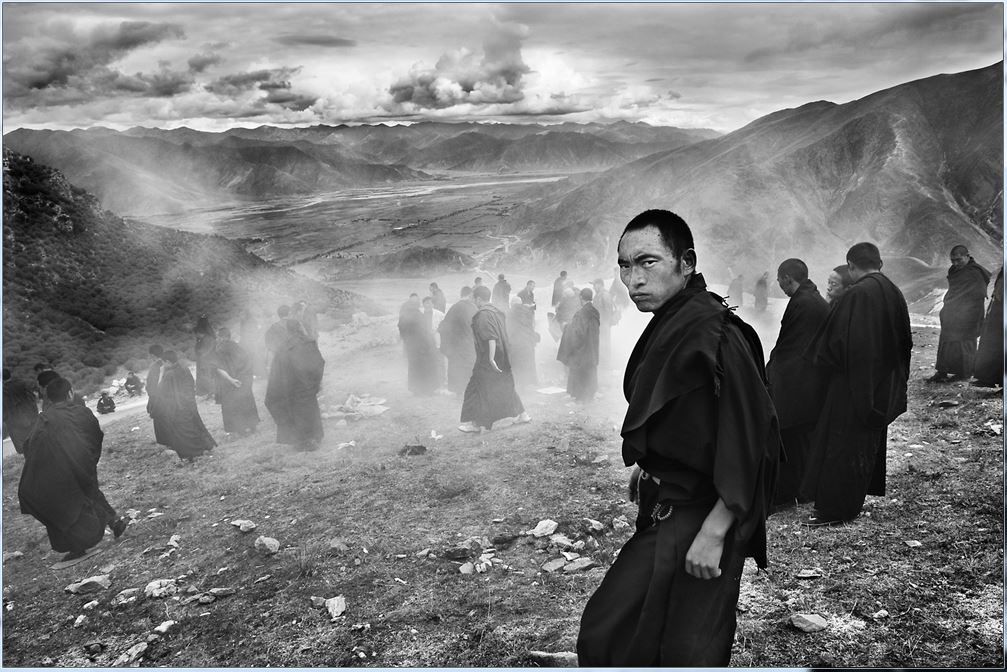 It had been a time of turmoil, rife with rioting and discontent because of the changes brought forth by the newcomers. It brought Lhasa, the capital, to its knees. Vengeful Tibetans attacked Han and Hui civilians. Casualties were great; the blow to the capital’s spirit, even greater. Meyer and Zylberman’s journey across Tibet documents life after the storm. 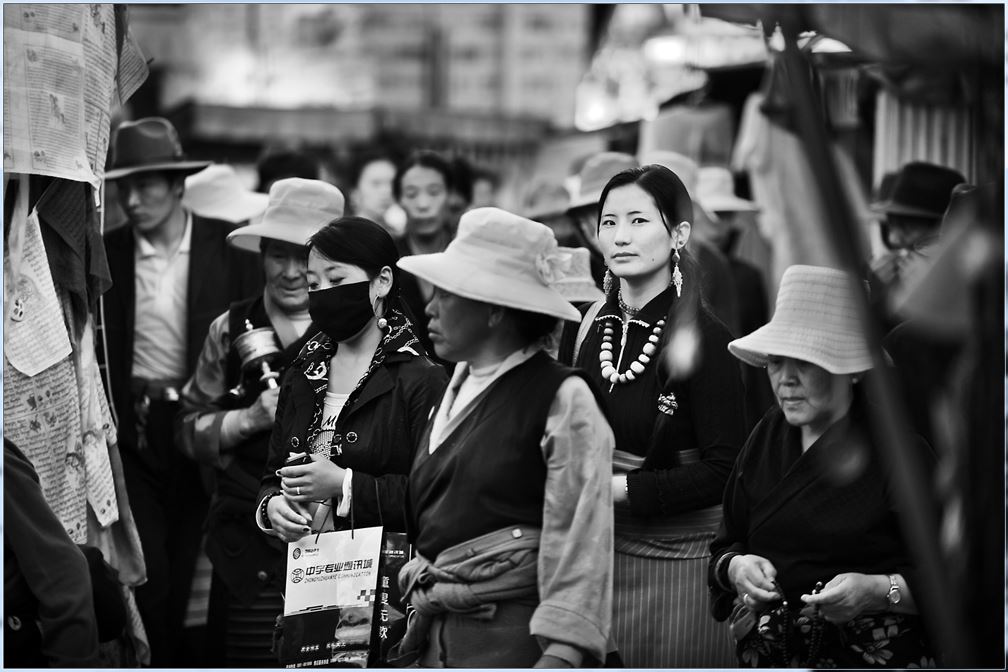 Although written wistfully and delicately, somewhere between a poem and a diary entry, Tibet, The Last Cry takes us to places of aggression, conflict and struggle. Han immigrants, who were previously attacked, streamed into the capital once more after the outburst had died down, while stalwart police and soldiers stood firm to keep the past where it was. With China’s modern influence on the country, Lhasa, with knees buckling and swaying from one side to another, watched as Tibet was pitched into a tug-of-war between old and new. Here were the old ways of life and the nomadic practices, and here arrived modernization, fostering businesses and a brash and quickly thriving nightlife that came hand-in-hand with the influx of outsiders. It certainly appears that when parts of the country were brought down to rubble, it gave a way to start fresh–and everyone wanted a say in what new Tibet should look like. 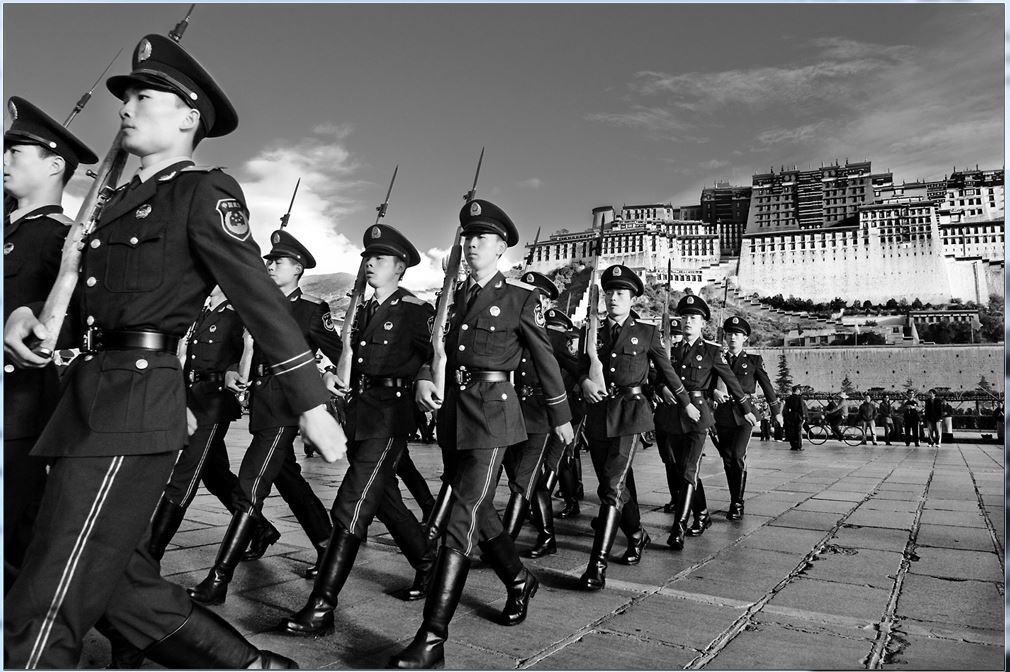 Meyer and Zylberman visit both sides of the story. They respectfully visit monasteries and partake in festivals. They discover the customs, make friends with locals and never pass up experiences. The text is informative, touching on issues with religion, politics and the economy, and it remains insistently hopeful. The black-and-white photography effectively evokes what the words cannot. 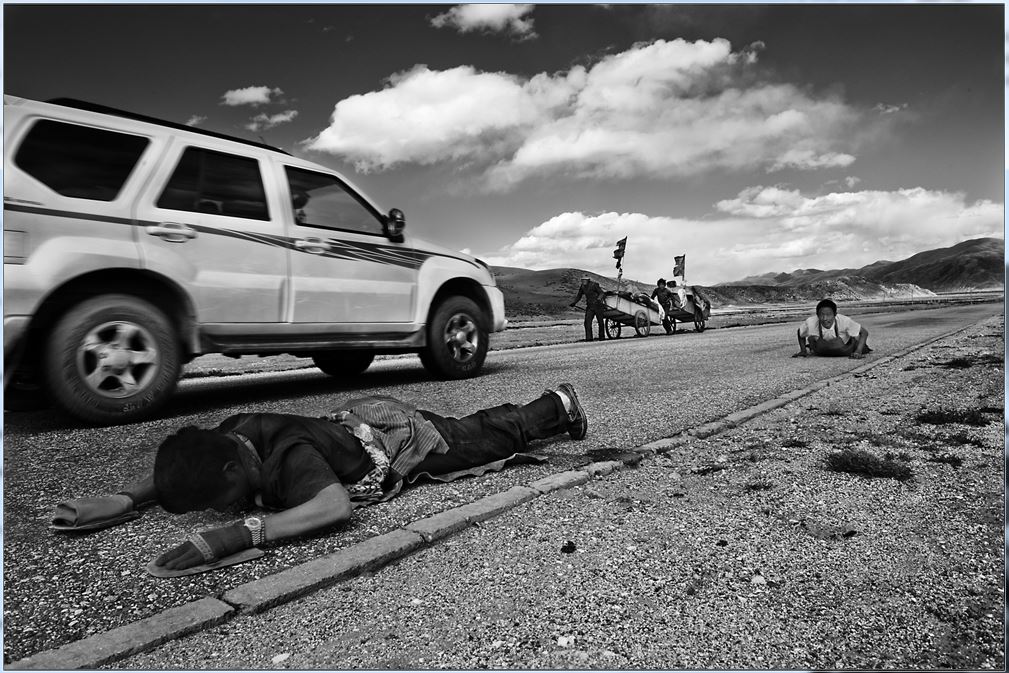 We take Tibet, The Last Cry for what it is: a history book with heart.