Do you remember that 1998 animated movie Antz? The caption from that movie’s poster said “See the world from a different perspective” and that’s exactly what you will see when you photograph these otherworldly creatures, ants.

Irina Kozorog, a Russian photographer, captured the bizarre yet amazing fantasy world of ants as she puts them together in a human-like activity. A macro photography enthusiast who hold a special fascination for with ants, Kozorog first imagines a scene in her head before she sets out to photograph these small creatures. To make her job easier, she gives them an offer they can’t refuse—sweets. 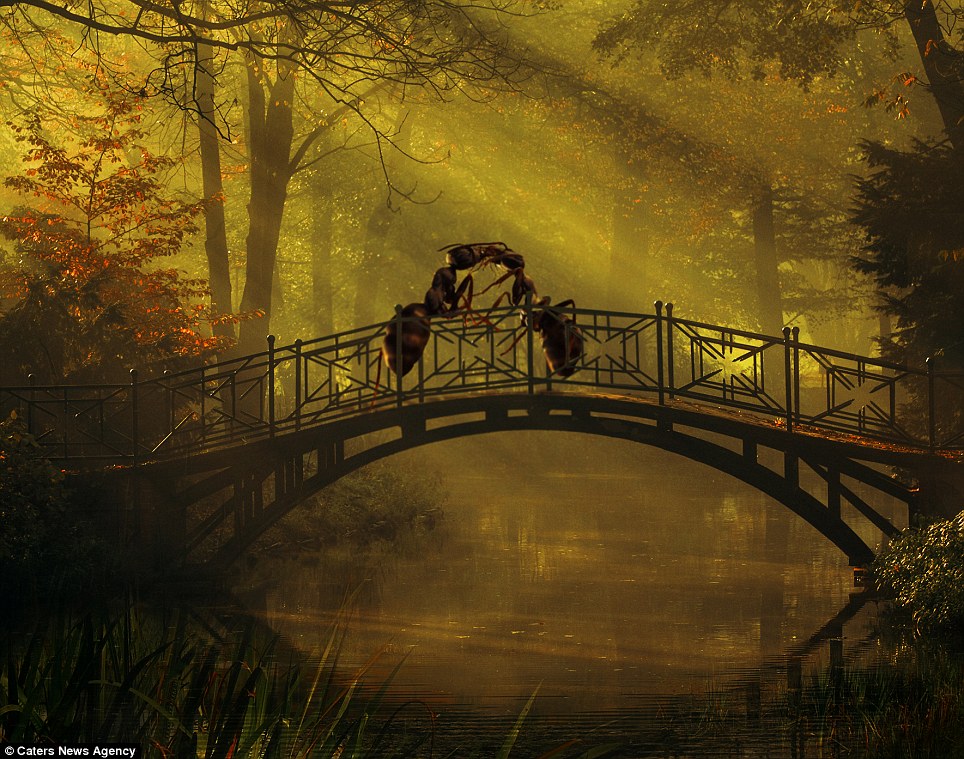 After she has taken enough pictures, she then proceeds to super-impose them in a backdrop she has stored in her computer. The results are amazingly human—boardroom meeting, kissing on a bridge, staring at the moon—yet otherworldly at the same time. Indeed, it will give you a different perspective of the world, one that is seen from down there instead of from up here.

The resulting photos are the products of macro photography combined with Photoshop. It presents the usual happenings in life with ants as subjects in place of humans and believe it or not, that requires some rich imaginations.

Her fascination with ants is so intense she even puts herself among them in some of her pictures. “I was always amazed by the life of ants. Even now they are my favorite photography subject – they are my favorite models. I want to create a fairy tale with the tiny creatures living in their own wonderful world”, says Irina Kozorog. 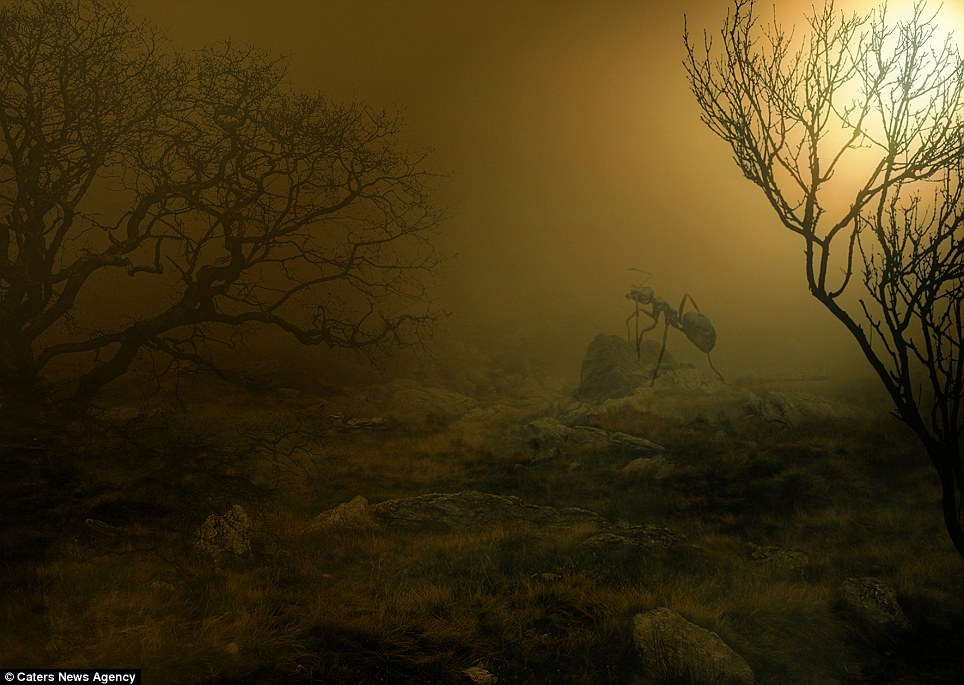 Via the Daily Mail UK.