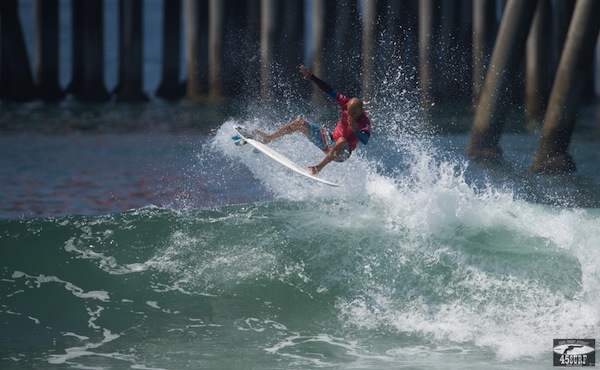 11 GoPro Tips from the Professionals

Whether you jump out of planes, race down mountains or shred sweaty, two hour long jam-band shows that peak higher than the very mountains you’ve conquered, capturing the essence of these moments is one of the most important factors in promotion. So, whether you’re filming clips that would make your grandmother faint or gaining exposure for your band, it’s safe to say that a GoPro is, in fact, the most simple and efficient way of acquiring such footage. So, we’ve scoured the Internet to bring you “11 GoPro Tips From the Professionals.”

Before you even think about shooting be sure to charge your battery the night before, clean your lens with preferably a microfiber cloth and clear your SD card. There’s nothing more disappointing than running out of memory or power mid-shoot.

10. Check and vary your angles

Once you’re set up and ready to go, you can use the GoPro app to check the positioning of the camera. While the camera itself doesn’t offer any view of what you’re shooting, the last thing you want to find at the end of a shoot is that you’ve captured nothing more than the subject’s chin, leg or some other isolated body part. Also, there’s nothing more boring than watching a band’s entire show from the same angle—and the same goes for just about anything else you’d shoot—so be sure to switch up your angles as much as possible.

9. Get up close and personal

If you’re filming someone else, it’s important to know the differences between using GoPro for P.O.V. and more traditional filming. Most GoPros use either a wide to ultra-wide or fisheye lens, which presents a wide field of view allowing more of the scene in front of the lens to be captured. Although this is great for capturing as much of the action as possible, a side effect is that it magnifies stuff happening close to the camera while shrinking the background. So, you should get as close as possible to the subject to avoid losing him or her in the background. Just don’t do this when you want a beautiful portrait as the lens will distort your subject’s facial features a bit!

I know it sounds silly but does anyone really want to see footage of you or your subject’s awkward pose or stank face? Seriously, though, for extreme sports you should decide if you want something either low and steezy or upright and relaxed. For anything else you should decide whether you want to be smiling, focused or just straight up having a blast.

7. Get the numbers right

720p, 1080p and now 2k and 4k are different resolution sizes, which refer to the number of pixels on the vertical axis of your square frame. 1080 is officially HD, but 720 is good enough for most computers and you’d only notice the difference on a substantial TV screen. You’ll also save yourself a whole lot of memory if you film in 720.

The other number to consider is FPS, or “frame rate,” which refers to the number of pictures taken per second by the sensor. With the naked eye, it’s impossible to see anything faster than 25fps so you won’t need anything more unless you’re planning for slow motion. When it comes to slo-mo, however, the higher the frame rate the more you can slow it down before the footage gets shaky, so 50 to 60 fps is the standard slo-mo setting, while 100 to 120 fps will allow you to really, really slow everything down.

GoPros are great at what they do, but when taken out of the lighting conditions they’re designed for things can get a bit a tricky. For example, a big thing GoPros have difficulty in dealing with is being pointed directly toward the sun. This can cause lens flare and vertical purple lines on the screen, in addition to silhouetting of the subject. However, there’s nothing like a classic sunburst shot; a good way to do this is to aim the camera back at the subject with the sun behind him or her. If you catch it in the right spot the subject should be blocking most of the sun, which will avoid any of the issues we’ve discussed.

Lay off the coffee and try keeping your hand as steady as possible. If you don’t have access to a GoPro handle and mount, which can be fairly costly, attaching the camera to an old broom handle is a great way to guarantee a more steady shot—this is especially key for action sports shooting.

A GoPro does more than just film. You can set it to snap photos every second, ten seconds or sixty seconds. You can edit these into your video, and although you’ll most likely throw away 200 photos you’ll get at least ten that are really cool.

Sure there’s Final Cut Pro and iMovie, but GoPro also has its own software called GoPro Studio. It gives beginners the option to simply replace the program’s stock clips with their own to easily create a timeline, while advanced users have the option to start completely from scratch. You are also able to add effects, vary the speed, trim clips, add audio and more.

2. Learn how to mount your camera

Before you go out buying costly handles or mounts let’s get one thing straight: duct tape is your friend. While it’s a great tool for setting up a helmet cam it’s also necessary for rigging up haggard handles, poles and broomsticks.

There’s so much GoPro material out there, but a great way to stand out is a well-thought out and planned video. Even if you’re filming something as simple a single hang gliding session, adding a narrative to your film will bring you away from monotony and more toward creative.