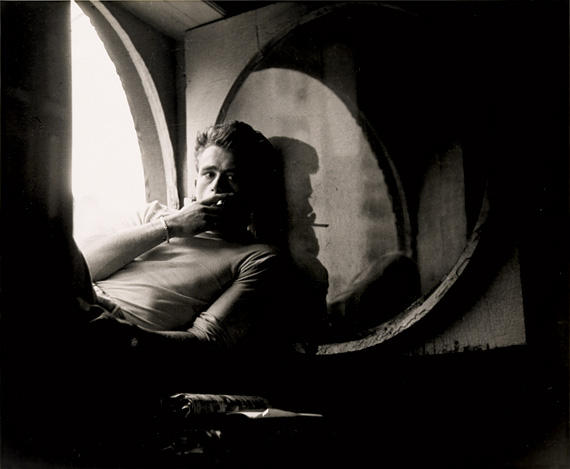 30 Must-See Photo Exhibits In The U.S. This July

Summer’s here! And so are fresh and exciting photo exhibits opening across the nation. We’ve put together a list of 30 Must-See Photo exhibits to help you indulge in your artistic side, or just escape the Summer sun and the heat by checking some of these museums and galleries.

1. “Now You See It, Photography and Concealment” The Metropolitan Museum of Art, New York, NY

This exhibit plays with the binary between concealment and revelation. Photos range from portraits to places and give the viewer an interesting take on a person’s privacy in a public setting. The exhibit is open till Sept. 1st, 2014.

When artist Bettina Hubby was diagnosed with breast cancer, she had a double mastectomy. The usually grim and dark disease gave Hubby the opportunity to document her process and create a photo collection of her recovery. She has an unusually humorous response to the whole thing and it shows through her images. While some might be shocked to see a woman with such a glib yet positive attitude, others can appreciate Hubby’s approach to make something out of this disease. The venue is still to be decided upon.

It’s all of the ’60s in one exhibit. Fashion, photos, ethnographic art and objects from the era are featured here. Modern models bear the ’60s fashions and visitors are treated to everything the time had to offer, whether it be with popular culture or the politics of the time. The show opens on July 16th.

Eight artists join force to put together a collection representing their unique heritage. They each come from different parts of the world, such as Bangladesh, Iran and Kenya. Centering around historical events, this exhibit showcases how each of the artist’s cultures were affected–it is a culturally enriching and educating experience.

This photograph collection covers the early years of AIDS activism, showing protest marches, signs and of course, the faces of all those individuals, families and friends who have been affected by the disease. Borrowing archived material from the New York Public Library and National Archive of LGBT History, this stands as another historical exhibit.

6. “For Whom it Stands,” Reginald F. Lewis Museum, Baltimore, MD

The crowing jewel of this exhibit is a piece of the original Star-Spangled Banner. The show centers around the theme of flags and the people who live under them. Although people are of different cultures and racial groups, the exhibit aims to show the unity between them and the patriotism they all feel. Flags are good symbols to show that patriotic power–you can see how people embody that power.

Also at this museum:

Photographer Shannon Christopher releases her collection of pictures (taken solely with an iPhone) of Fort Pulaski and Cockspur Island. the images were featured during National Park Week in Fort Pulaski and were meant to show all the significant points of this area of Georgia. The exhibit ends July 27th.

9. “The Process and the Page,” Doris and John Norton Gallery for the Center for Creative Photography, Phoenix, AZ

A little different from the usual photography exhibit, this show centers around an early 20th century book written by Ansel Adams. In his time, he had an heavy interest in preserving photographs, having them last as long as they could–all of his information about that process was put into this book. Proof once again that Adams played an important role in photography.

Winslow Homer was one of the most respected American artists of his time. The Morris Museum showcases a handful of his wood engravings. They are snapshots of children and adults playing and being merry along the sea shore. Articles and other bits of information are paired up alongside Homer’s work to give more depth to the exhibit.

Also at this museum:

This is a monster of an exhibit! The 3,375 square foot photo of an abandoned Marine Corps air station is a radical and unique project put together by a group of six ambitious photographers. The camera obscura they used for this project might have been the biggest ever created: they transformed a fighter jet hanger into an enormous pinhole camera to get the effect they wanted. It is one photo you really have to see to believe!

Here is a unique, almost comical exhibit right here in Resource‘s home borough. The Bruce High Quality Foundation aims to utilize public space in any way they can and these various photos, sculptures and videos show how they approached various locations over the years. The people in the photos are often times in funny or wondrous poses and give the collection a light-hearted feel.

14. “It Was Forty Years Ago Today,” Monroe Gallery of Photography, Santa Fe, NM

Watch out, this is a one-day only exhibit! On July 5th, the Monroe Gallery of Photography will release photos of important historic moments that happened 40 years ago on that very day. Events and people featured will include Martin Luther King Jr, Bobby Kennedy, Mark Rudd and the student takeover of Columbia University, the Tet Offense and more. It will be a surreal exhibit to think that everything that you will see happened only 40 years ago.

Somewhat self-explanatory. Photographers in Latin American cities find and capture calmness and beauty amidst the chaotic streets and neighborhoods they live in, showing the political and social situations of these countries.

16. “This Light of Ours” Mississippi Museum of Art, Jackson, MS

A collection that took four years to gather and complete, “The Light of Ours” gives an intimate look inside the Civil Rights Movement. Photos came from activists and protesters who took them during the events. The show features important people who stood up and fought during this time; it honors their hard work and sacrifices.

Czech-born French artist Josef Koudelk presents his retrospective look on America. Here, Koudelk’s photos, journals and other material will be on display. His collection spans all the way back to 1988 and stands as a great P.O.V. exhibit for the summer.

This popular and hilarious genre of photos (and the subsequent blog that was created to honor it) is getting its own exhibit. Going on until July 27th, you’ll get to see your favorite awkward family photos in one place. The show will surely get a good laugh out of any visitor.

Minor White, an oftentimes misunderstood 20th century photographer, will be honored with a show at the Getty Center starting on July 8th. His work highlights both the technical aspect of photography and its spiritual and revelatory side. The collection is a retrospective on his journey as a photographer and will include his eleven print sequence, Sound of One Hand.

A fairly simple but awe-inspiring collection of the natural Colorado landscape. The exhibit is an opportunity for Colorado’s greatest nature photographers to showcase their work and highlight their favorite natural areas of the state.

Hosted in the Martha Moore room of the museum, this is the second summer photo exhibit that includes a variety of pictures and photographers. You can even vote on your favorite and see if it wins best photo of the summer.

Canadian born photographer, David Hartt, takes a personal and intimate look at the headquarters of the Johnson Publishing Company in downtown Chicago. The place is an important landmark as it is one of the first African-American owned companies. Hartt takes extra care to photograph every part of the building’s infrastructure and the details that were unique to the company itself. His project was even more poignant when he discovered that the building was sold in 2010 and the company had since moved locations. Hartt’s collection is not only art, but preservation.

Photographer Julia Dean takes a retrospective look on life throughout multiple decades. The collection shows audience a wide range of daily lives and how people interact with each other. Some prints are even available for sale.

“Cool” is definitely the right adjective for this summer exhibit as it takes an interesting look at the people and things that were/are “cool.” Some are jazz icons like Miles Davis, others are actors like Johnny Depp and there are modern musicians like Jay-Z. The exhibit covers decades of cool people and what they brought to their respected fields and features the work of photographers like; Annie Leibovitz, Richard Avedon and Diane Arbus. It’ll be just what you need on a hot day in July.

Photographer, Blake Little, has photographed the gay rodeo circuit, a part of American western culture that not many people know about. Little started off as an observer, but soon became a participant around 1990, even winning Bull Riding Champion of the Year in the gay rodeo community. The exhibit shows his experience with the sport and the culture behind it and certainly gives audiences one of the most unique and niche photo topics of the summer.

The real story of the Monuments Men and their endeavors to rescue valuable art pieces from Nazi Germany. This exhibit documents their journey and the results of their rescue, along with other forms of documentation and artifacts from the time.

27. “In a World of Their Own: Coney Island Photographs by Aaron Rose” Museum of the City of New York, New York, NY

A collection of photos taken from the beach of Coney Island. Photographer Aaron Rose started taking pictures of the area in 1961 and aimed to show more than the typical theme parks and sideshow wonders that is associated with the Coney Island name. Rose shows the close and intimate relationship beachgoers have, whether they are cramped tightly together on the shore or relaxing under an umbrella.

This one is a different summer exhibit as it is also a competition for professional photographers. Over 700 photos were submitted and form now a spectacularly big museum exhibit. The winner of this competition will receive a solo show at the Triton Museum in the winter of 2016. It would be a treat to see said winner before that, as well as the other valiant photographers’ work.

Working in a traditional style, William Odiorne captured aspects of 1920s Paris during the rise of photography. Most of his pictures are romantic and in soft focus, creating a nostalgic ambiance. Odiorne managed to observe an entire era and document it, giving us today an opportunity to travel in time.

A portrait collection that shows different forms of masculinity. All the models featured are transgendered men placed in front of a hand-painted natural scene. Photographer Lorenzo Triburgo aimed to show the binary between gender and photo representation and took it upon himself to bring the issue to light. The portraits he came up with are an interesting look into the subject and the transgender community.