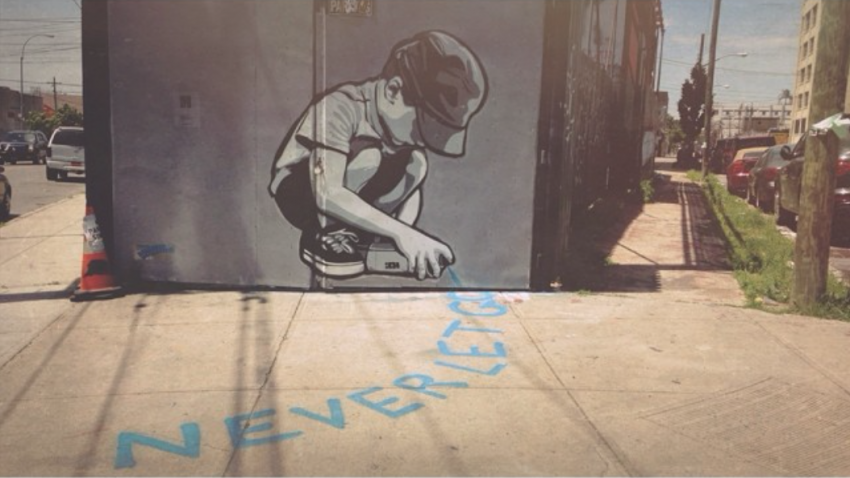 Each week Resource is featuring an interview with a different Instagram user of our choice. Yet as a publication that’s satisfying to both the professional photographer and the hobbyist, this week we have chosen a user who may not have the most followers, but does, in fact, take awesome photos. Check out our interview with  Drew English aka @drew_e, a Greenpoint, Brooklyn resident and photographer with a passion for industrial New York landscapes.

Photographers are always asked how they got started, but can you sum up the start of your career for our audience?

In terms of photography, I had a little 110 film camera when I was younger and didn’t think much of it, so I fell out of the whole photography thing until after college. Around the time I moved to New York, I started taking pictures with my iPhone and that’s actually what got me back into it because of all the different apps you can use to treat your photos, making them feel more nostalgic or effective.

So was it your iPhone photos that got you into Instagram?

Well this was before Instagram, so it went from just taking photos with my iPhone to buying a proper DSLR camera and some film cameras. Then Instagram came along and I wasn’t one of the earliest adopters, I began somewhere in the middle. I still don’t have a ton of people following my feed or anything like that, but I find it to be a great platform to put some of my tastes and things that I like out there in the world.

Do you use any external lenses or filters for your iPhone photos?

No. I went down that road at one point and I have an olloclip that just sits in the drawer collecting dust. I found that I really enjoyed not being too encumbered by additional things. When I drag around my DSLR and film cameras, I have all this other stuff I have to worry about, but with the iPhone I don’t—it’s just how I see it through the iPhone and that’s all I need to think about when I pull it out of my pocket.

Can you tell me about your photo work outside of Instagram?

Well I do a lot of personal work and haven’t done any still photo work professionally. I do some film-making and I’m a film editor by trade, along with some shooting with a DSLR. But on the still photography side, I’ve kept it mostly personal, whether it’s travel stuff when I go on vacation or walking around my neighborhood.

I’ve noticed you capture a lot of urban landscapes. Would you say that’s your favorite thing to shoot?

I live in Greenpoint, very close to where things get a bit industrial and I’m drawn to it. It’s one of those places where there’s a lack of people, which is a strange thing to say about North Brooklyn lately. I don’t want to say it’s run-down because it’s not, it’s just more factory-like. I also find I’m still trying to get comfortable with portraiture and taking pictures of people, which is a big hurdle for a lot of photographers and is something I’m still wrestling with. For now, though, I find it very easy to wait for when the light is nice and go out walking around my neighborhood and find something that’s striking and capture it.

So if you could Instagram any one thing in the entire world what would it be?

That’s a pretty profound question because I think the answer would change depending on the kind of day or week I’m having. But, I think it would be to take whatever emotion I’m feeling at the time and capture somebody’s face that conveys all of one emotion in one shot. It sounds kind of ambiguous, but I think it’s definitely a goal for me, to put that out into the world and have people connect with it.

How do you feel Instagram has effected the photography industry, whether positive or negative?

I can’t take a stand on one side of the argument because there are pros and cons to each. The pros are that from a business standpoint, if you’re a photographer who’s been out there and established but is looking for new ways to get your work out, it’s a phenomenal platform. I also think it’s interesting in the space of brands, as I know plenty of working professional photographers who get work where they’ll take over a company’s Instagram account, do a little social media marketing.

But I also see the downside and I’ll use myself as an example: I’m a creative, visually inclined person and something like Instagram saturates that space, so what used to have a more limited number of players now has many more. I don’t want to use the word competition because I’m not really sure what I’m competing for, but in terms of just being noticed or getting your work out, [Instagram] makes things a little more challenging. I wouldn’t say it’s a complete negative, but it does create some challenges that are unique to being a creative professional.

So through all of this, who would you say are your biggest influences?

I’ve actually been influenced by kids at FIT or some of the other colleges around here. I’ve taken night classes for darkroom and screen printing and college students always have awesome things going on. I always tell my girlfriend that I want to learn how to take an “art school photo.” I don’t know how to sum that up in words, but to make it more concise; the bigger picture is that I don’t like to limit my influences. There’s tons of famous photographers whose work I totally love and there’s even people, who are totally unknown, who are doing their thing really well.

Drew English working the boom on set in Chicago. Photo by @t_sessler