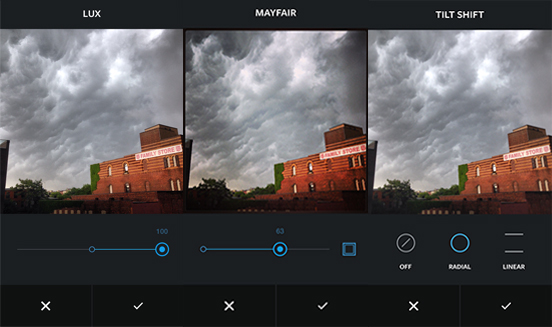 Instagram, the photo sharing platform made popular by its millions of users posting candid clicks taken by their camera phones and other devices, recently introduced some new and powerful features that gives user a ton of control over their work and makes you feel more like a pro. The new Instagram features allow users to make adjustments with image contrast, brightness, saturation and warmth, amongst others.

The new features provide photography fans a simple, yet extensive set of tools to adjust their images. It’s more than just placing a filter on them now. Peter Deng, director of product at Instagram, states; “The updates are actually about bringing both the photography geek and casual clickers together on a single platform. Tools that were previously inaccessible can now be acquired for free by everyone that uses the provision.”

The photo-sharing social service has recently announced the launch of 10 exclusive editing tools for both iOS and Android users. Changes such as contrast, brightness, and saturation have been explored in the update. In fact, Instagram filter features have also been tweaked, adding intensity for filter with a side bar. The “Lux” tool that was first launched by Instagram in March that serves as a light filler for darker photos. This side bar is now found on a number of editing features that provides more power and control over how dramatic the edits appear.

Instagram’s latest list of features is well beyond the scope of an ordinary filter. The app now provides your smartphone photos with a certain level of professional-like post-production features. The new features are described on Instagram’s blog which explains how to use the tools, which are unlocked when you tap on the wrench icon that appears at the filter section. It is an effort to offer creative hold of how your photos look and feel.

The Instagram blog mentions that very often the image that you see in the photograph isn’t the same as you envisioned. The development team at Instagram feels that this new feature set can be used to uplift your smartphone photography to new heights. Enabling users to share the moment the way they remember it. Instagram for iOS version 6.0 is available at the Apple’s App Store and Android version 6.0 available on Google Play.