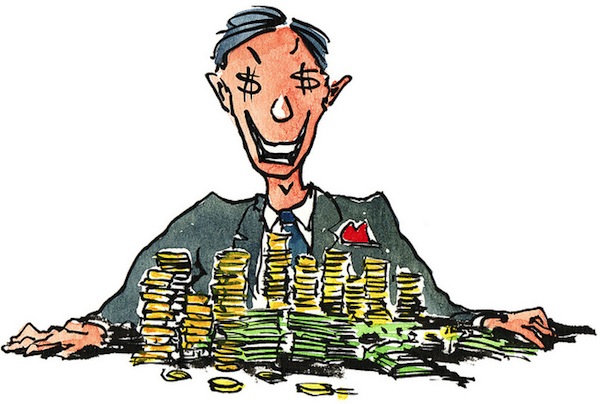 19 Client Types Photographers Have To Deal With

Most professionals can agree that there are idiot clients in every field, however, the ‘idiot clients’ get infinitely worse throughout the entertainment industry. People think that because they pay you a fee you have to put up with their bullshit; which is sort of true. In a profession that relies heavily on networking and word of mouth, a bad review from the wrong person could kill ever piece of your business.

So, instead of complaining you have to sit there and take it, while this article is for all of the photographers out there. You may not have met all nineteen client types, but I’m sure you have met your fair share.

Quite possibly, you have known this person your entire life. He or she was probably the valedictorian of your school and needed to be constantly validated. Well, it appears that this endearing quality does not stop after high school and now you get to work with them on a professional level. How exciting!

No one wants to take an awkward family photo, but if the internet is any indication, there are plenty of opportunities for it. Whether it is everyone wearing the same shirt or simply a family in compromising positions, photographers have to deal with these types early in their career.

We get it, even if someone is a C-list celebrity then he or she is ‘big deal.’ But nothing excuses the impatience and lack of empathy for a photographer. The worst part is the celebrity can be dick and get away with it; you on the other hand, cannot be mean because it could severely wreck your business.

The only thing worse than a rude celebrity is a micromanaging manager; photographers always need to adapt to time constraints, but a manager’s constant need to remind you about said constraints is rage-inducing.

Everyone involved wants the best out of a photo shoot, but there is a time and place. This brooding client will make even a light affair, into a maddening, hair-pulling adventure. Have fun trying to remind him/her that this is a photo shoot and not Citizen Kane.

No one believes in this client’s attempt to clean up his or her image. Is isn’t fooling anyone, but you still have to appease the pain in the ass. Quick hint: if the person has just been accepted into a fundamentalist organization, do not attempt to reason with him or her.

If you work in the business long enough, you are bound to cross paths with an early day drinker. Nothing is like meeting a client in the morning and wondering if their vodka breath is from the previous night or the previous hour.

8. The Hilariously Brilliant and Distracting Sideshow

One of the more positive clients on this list, this one could be quite entertaining if you are open-minded. But at the same time, if he/she is a one trick pony, then the act can get old quite fast, which simply leads to time being wasted.

There is a reason that this person is a client and you are the photographer. Yet it does not stop them from constantly giving you suggestions, even if he or she has no idea what they are talking about.

On every film or photo shoot, there is that one guy/girl who desperately hogs the craft services table. It is as if he or she has not eaten in days; usually this means that the individual has either starved themselves for the shoot or got extremely high before entering the studio.

Simply, an introverted person who prefers sitting in a corner, rather than talking to people. Have fun trying to gauge a reaction from this individual.

There is something awfully creepy about an adult goth. Children dress in this clothing because they are rebels: they want to show how they are an outcast. But besides celebrities, who dress like this to get laid, an adult goth is creepy because they never let go of this outcast mentality, which is as sad sounding as it is eery.

We all know these types, they are ‘god’s gift to earth’ physically, but not mentally. Again, great to look at, but these individuals are as interesting to listen to as Bob Ross.

14. The Passively Aggressive Dude or Chick

Everyone loves passive aggression: especially when you are trying to do your job and your client is talking to you like a hormonal teenager.

Simply, nomophobic means the fear of losing your phone; while this term applies to almost all of America, most know when it is time to put the phone down and get to work. However, with certain clients you will be wasting more time removing the damn device from their hand than actually doing your job.

Just because you know who Irving Penn is, does not make you the world’s leading expert on photography. Just shut up and let the professional do his or her job.

People who need to lie to impress newly met individuals, have to be some of the worst types of people period. At least, you can forgive those who put a little effort into their lie, but I truly believe there is a special karmic punishment for the notorious story toppers.

19. The Instagrammer or Social Media Hound

Yes, everyone gets it. The social media hound likes to be up to date about what is going on in the enclosed and claustrophobic world of social media. And it is not that we are against selfies, they are fine in the right time and place (usually while drunk). But if I have to stop shooting because the client needs to update his or her status, then that person is obnoxiously on the same level as a food Instagrammer.