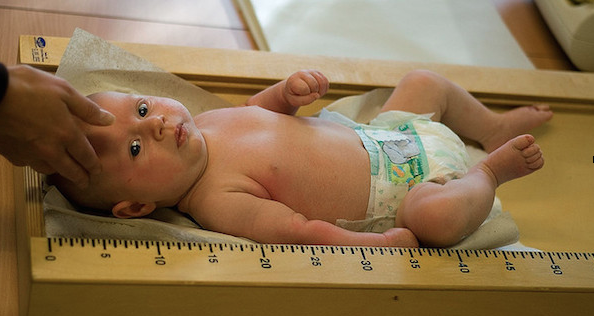 Isn’t it strange how when you’re a kid you feel like you’ll never grow up, but when you’re an adult you wonder where the time has gone? And once you finally have your own children, the time only begins to move quicker. “They grow up so fast,” is what everyone says, which is why you should cherish every moment of their childhood, capturing the best and worst of it along the way. Here are Resource’s five main reasons to have a photo for every year of your child’s life.

5. To keep track of your child’s growth

This one’s a given. Similar to marking the wall with your child’s height each year, why not expand that with a full-blown image? The best way to capture the progress is to take the photo in the exact same spot each year, and eventually, you can create a slide-show and watch your kid’s evolution from childhood to adulthood in a matter of minutes.

4. You can make light of the difficult times

When I was a kid, my friend’s parents would never bring me on vacations because they claimed that I always got hurt and they did have a point. I’ve snapped my right wrist twice, broke my leg in three places, was hit by a car and even fractured my eyebrow bone. Sure, these experiences—which were usually spread out by a year—nearly put my mother in a coma each time, however, my father was the one who would always snap a photo of the emergency room aftermath. Luckily, since I’m now sort of an adult and haven’t been injured in years, laughing at these images of my past pain has become a staple of the annual family reunion.

3. To embarrass them in front of their friends

What good is your child bringing home a significant other if you don’t have the chance to embarrass them? Sure, in the past parents have used naked baby photos or images of bad haircuts, but the real fun lies is among the most-awkward middle school pics you can dig up. Just think acne and braces.

2. So you always remember your child’s phases

Kids are always going through phases, beginning with the “terrible two’s” and constantly changing until they graduate college. For me, I’ve gone through a punk rock phase which led to an emo phase, after that I started skateboarding, and from there I became a musician. Hell, here I am right now writing for Resource. But while some phases are more painful than others, they’re different for each child and looking back on his or her journey of self-discovery is something that you’ll want to remember forever.

1. You can recall the good times when things aren’t so great

Since we’re talking about phases, let’s talk about the teenage years. For most kids, this is the time when the “fuck you’s” start to fly, their cuteness is replaced with body odor, and your interactions with them seem little different than speaking to a rock. In many situations, this will cause you to become distressed, frustrated and straight up pissed, which is when your photos will come in handy. Instead of allowing an argument to escalate to the Smith family apocalypse, just flip through the albums and recall the good times. You know, the times before you kid had turned into a conniving, know it all little brat.