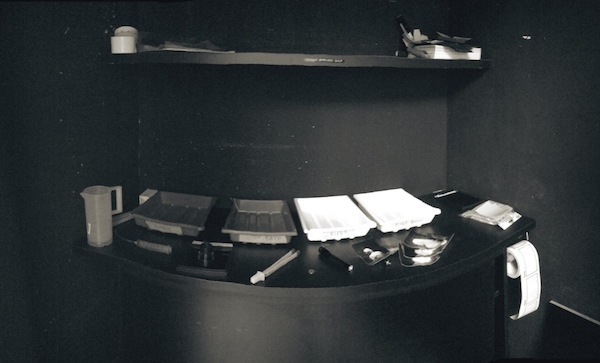 Artist Studio NYC has just opened up shop at its fifth avenue location in lower Manhattan. Their new slogan “Inspire. Create. Be an Artist,” perfectly encapsulates the company’s outlook and business model; however, besides having a great studio and business plan, Artist Studio NYC has a thoroughly interesting secret. It happens to formerly be Irving Penn’s longtime New York City studio. So Resource Magazine sat down with the new company’s founder Alex Covo to discuss the business, the studio and Irving Penn. 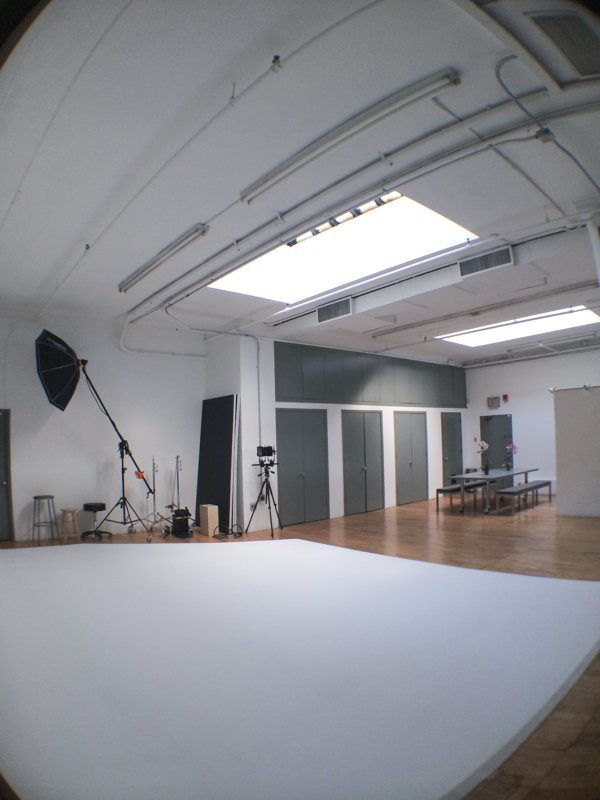 Now, Artist Studio NYC is a newly branded identity. Can you give our readers a brief overview of the company, along with your job title/description?

[First] we are not affiliated with the Penn foundation at all. I am a photographer and I love the art of photography. I think nowadays you have such an influx of photographers or just picture takers: everybody can take a picture, whether it is with a phone or DSLR—the whole point is there are a lot of photographers. And I am not saying it is a bad thing, I think it’s important to get imagery out there. I think some of it’s questionable, for instance, when you take an Instagram profile with fifty thousand followers, and they are taking daily snapshots of their lives; perhaps it is some form of story telling, but it’s not photography. And sometimes it might be a popularity contest. So I think as we go into this age and there is this pile of picture takers, you have to separate the artist—the people who are still in chief photography—who value that moment of time that single frame.

So for us, when we found this studio it was complimentary; [Irving Penn] was one of the greatest artists who ever lived and one of the most iconic photographers. And I think it was an Artist’s studio and when you walk in here, you feel it. And obviously, legally we cannot call it Irving Penn Studio; so we decided to keep it as simple as possible, Artists Studio.

This is representative of what studios used to be in this very big photo district and this was the culmination. One of the most beautiful studios you have in the area—they don’t make studios like this anymore. So we set out to try and attract photographers, who when they walk in here they just know—they are compelled to do something great here. They want to shoot here, they want to keep shooting and it should feel like their home. When you listen to famous photographers discuss their studios, they all mention how it feels like its an extension of their homes.

That is the problem with the super studios that took over Manhattan, Brooklyn and everywhere else; and that is not even a knock on them because we aren’t like them, but we want to feel like that home studio. So when a photographer comes in here they have the place; its there’s, they enjoy it, there not rushed, they have exclusive use of the space and it becomes their home for the day or however many days they need. And coming back to the name, we look at photographers like artist. And that’s whom we are reaching out to. 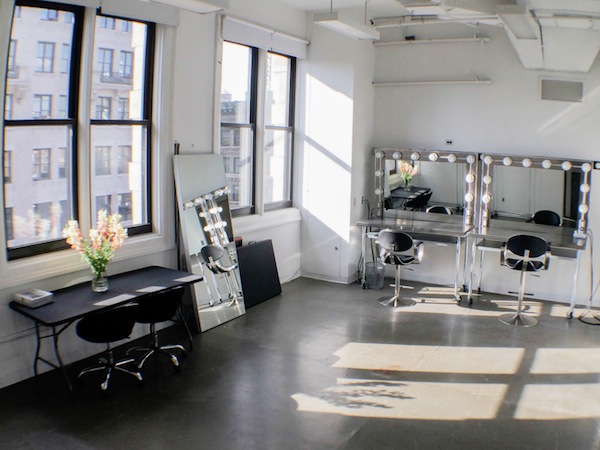 So you just briefly mentioned one of the coolest aspects about this studio: world-renown photographer Irving Penn previously owned it.  Do you know when Penn acquired this space? Did Irving Penn have other known studios in New York City?

He had a studio that he opened in 1953, and this was opened up around 1980—eighty or eighty-one. Irving Penn worked for Condè Nast and they were responsible for most of his studios—managing and renting. And he worked at other Nast studios from his early days. The way it was described to me was that in the 60s interest in Penn’s work faded; so he decided to pursue his fine art work in the 70s and then interest perked up again and he opened up this studio. And it was here until he passed and remained in [Irving Penn Foundation’s] possession until this April, when we took it over.

Obviously, Irving Penn has influenced most modern photographers, but what was it about Penn’s style that made him stick out? And has he influenced your career?

Absolutely, a lot of the photographers, as soon as they know its Penn’s old studio, they rush over here. And then there are two reactions, first they are surprised by how simple it is because he was the master of light and photography. And second they come in and didn’t realize it was so big: so you get both opinions. But all in all, everyone is just in awe to be in this space, such a historic space. 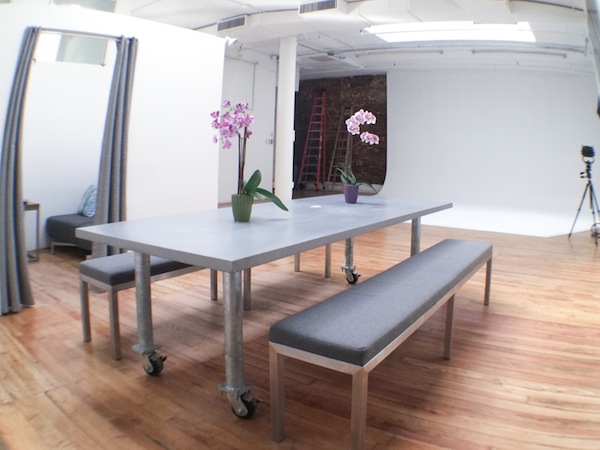 One of your big selling points was the fact that you kept everything in the studio the same; I am sure elements of the studio were dated, so why did you choose to do that? Was it a way to advertise the Artist Studio brand name or for the sake of history?

If we can’t preserve the magic or history then there is no point to it. If we gutted the place, we would just be left with another studio. And I think when you walk in here, there is something different about this and it feels lived in. And something said to me, early on, you don’t want to chase ghosts away. I think given the history of the space, we left everything in tacked and everyone appreciates it. I think the studio is more important than anything we could have done to it.

The only thing you changed was the cyclorama, why did you change that?

The original cyclorama was definitely old and out dated. But the Penn Foundation, who was here previously, was going to refurbish it and install it—possibly as a museum exhibit. 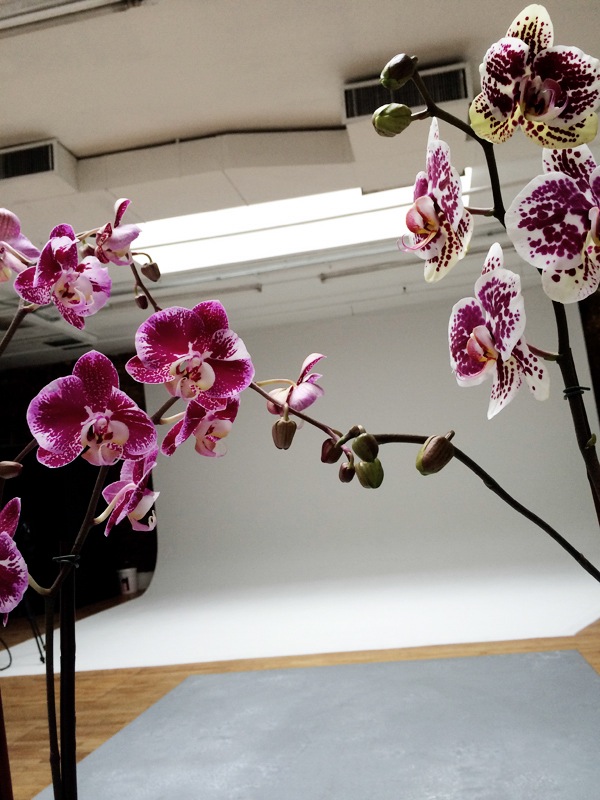 You stated that there is a possibility that Nicole Kidman’s 2004 Vogue cover was filmed here. That is such a significant photo shoot because that was his last cover that Irving Penn shot for Vogue Magazine. How did you come across this story and is there anyway we can verify it?

It is verifiable. I knew that he had the studio here then, so I was trying to figure out if he shot it here or at another Nast studio. But I found out from the freight elevator guy, who has been here twenty, twenty-five years. I asked him did you ever see anybody and he said the tall blonde Australian lady. And I said Nicole Kidman and he said yeah that’s her. But then the studio manager stopped by and verified that it had taken place in the production room. So yeah it is pretty verifiable.

The one thing I do want to stress is that the Penn Foundation is extremely private, and when we took over the space, we didn’t communicate with them. But they had asked whatever we do with the space, maintain the privacy of Irving Penn because he was a very private person. So I think some of the stories, I wonder if they would be concerned with sharing too much: especially since, there are the urban legend stories and years of dirt building that you have to leave some things alone. 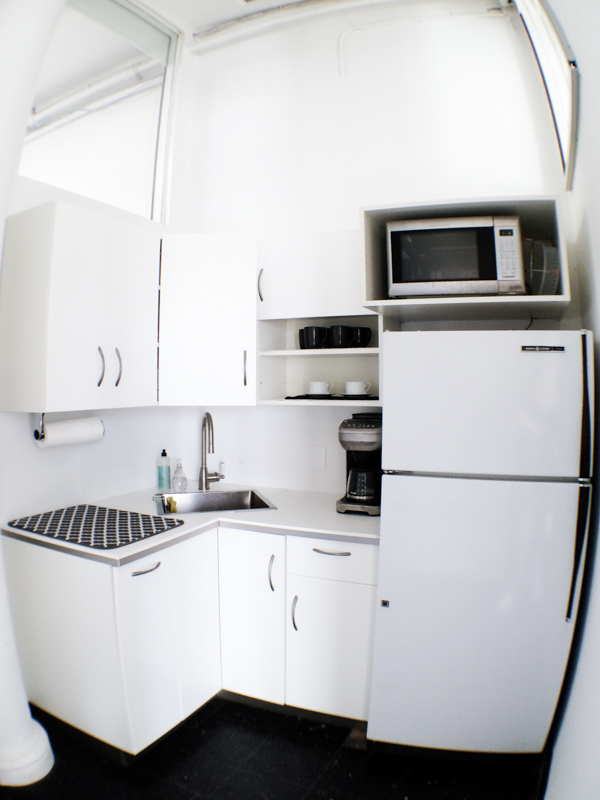 Do you have any other Irving Penn stories about this studio and is there anyway we can verify it?

For me, the most important verifiable thing is the Nicole Kidman, his last cover. The cover he convinced Anna Wintour not to put text on—not to put all the extra text on. But there are a lot of little stories.

So we now know the cultural significance, but from a technical standpoint, what sets this studio space apart?

From a technical standpoint, it has a lot of electricity. But considering it is so old, we were surprised at the fifty amp outlets that we kept finding all over the place. This was because of the high-speed strobes, [Irving Penn] didn’t trust the newer stuff. He shot in such a large format and he needed six thousands watts or maybe more, so that was surprising from a technical side that he was using these huge old strobes. And I think that technically this studio has all the amenities and it is laid out fine and works perfect—he probably knew something about [the layout] that we don’t.

And finally, what does the future hold for one of New York City’s most famous studios?

We hope to keep it alive, healthy and sustainable on its own. So that people can come and enjoy a little taste of history. We are huge Irving Penn fans and a lot of photographers and collectors that come in are as well. This is a little living history in here: so we are hoping that it is sustainable. And the one thing we have to stress is that we are not here to use his name to commercialize it. We are here because we want to be here and save his space, so it stays open as a studio.

Be sure to check out Artists Studio NYC’s website for all details regarding space rental.