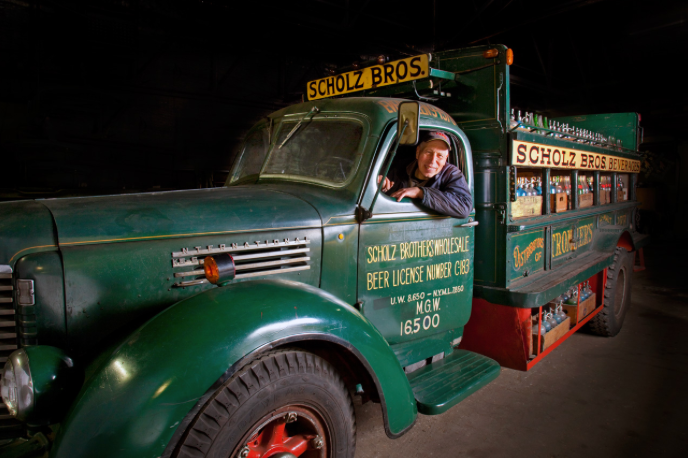 Randy Duchaine is back with the Brooklyn Public Library to present his latest Brooklyn-centric photo series, Created in Brooklyn Series II. While the photos from the series are available on his blog, the famous photographer, in association with the Library, will host a series of Q&A’s with his photos’ subjects—located at the Brooklyn Public Library’s Information Common Labs in the Grand Army Plaza. The idea behind the show is to show the wonderful successful side of Brooklyn, presenting the best and brightest that the borough has to offer from business owners to artists.

“Brooklyn’s unique characters and home-grown success stories are what make this borough great, says Barbara Wing, Manager of Exhibits at Brooklyn Public Library. “We love how Randy has depicted each person in his or her element, and how he shows their stories not with words, as a library is accustomed to, but through the power of photography.”

Although two of the four lectures took place in June—and many of you were probably looking forward to the Fantastic Food or Design Craft’s Q&A session—there’s still plenty to be excited about. On July 9, Duchaine will speak to the “creative communities” of Brooklyn, with his special guests including Amy Sananman of Groundswell Murals, Leslie G. Schultz of BRIC, along with Rylee Eterginoso and Megan Goins-Diouf of Weeksville Heritage Center, who of course, were all folks featured in his photo series.

On July 16, Duchaine will speak with the “Brooklyn Navy Yard innovators’” or, in other words, Brooklyn business owners who are looking “to create businesses in a cutting-edge manufacturing hub.” This session includes Anastasia Cole Plakias of Brooklyn Grange, Sarah Corey of IceStone, Susan Woods of Aswoon/Susan Woods Studio and violin maker Samuel Zygmuntowicz. Both events start promptly at 6:30 p.m. and usually run until 8 p.m.

For those of you who don’t know, Duchaine is a Brooklyn resident and an award-winning photographer. Through his illustrious career he has collaborated with major companies like the American Stock Exchange, Anheuser Busch, AT&T and more, in addition to his collaborations with non-profits such as BAM, Brooklyn Public Library and the Brooklyn Museum. Now, if that last line is any indication, Duchaine is a shining example of Brooklyn pride; which is why it’s important to come out and support these talks.