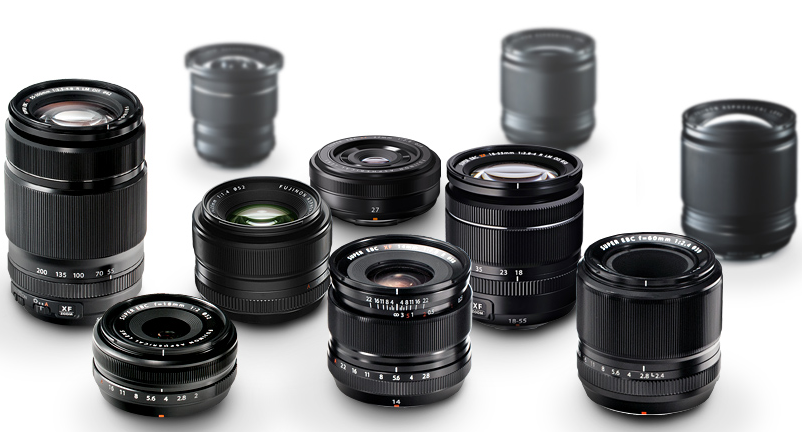 Today, we saw the future of Fujifilm X-series lenses with the release an updated road map. In the first half of 2015, the map features—for the first time—a large-diameter medium telephoto lens known as the “XF90mmF2.0R.” Following this, the company will release the “XF50-140mmF2.8 R OIS WR,” which is Fuji’s second weather resistant lens and yet another partner to its popular XT-1 camera. Not to mention, other updates to the road map include the previously announced “Ultra-wide angle lens” being confirmed as the “XF16mmF1.4 R” with a guide launch date of mid 2015. Also, the planned launch of the “XF16-55mmF2.8 WR” lens will be moved to Spring 2015 and the Super Tele-Photo Zoom lens to Winter 2015. 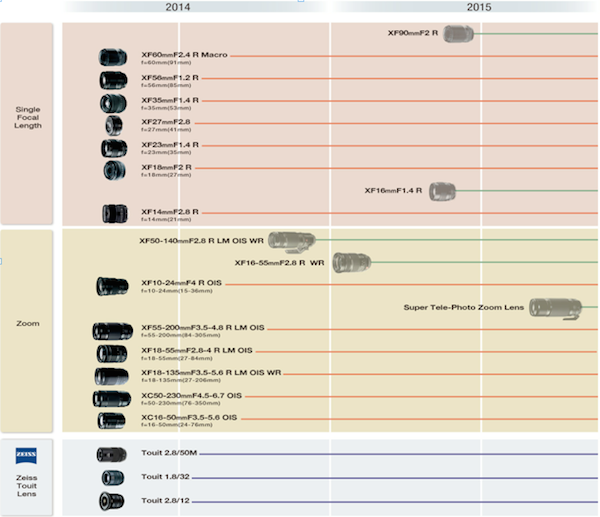 While Fujifilm is highly regarded for its image quality, high-resolution and well-built bodies, this announcement means that the X lens range now includes super-wide angle to telephoto range lenses,  along with a large-diameter lens with rich bokeh and high resolution. Nevertheless, it is clear that Fuji will be continuing to offer an acute variety of sturdy and reliable products. With Photokina coming up in just over a month this is no doubt a sign that Fujifilm will have more updates in the near future. Including the already rumored announcement of at least 2 new X-series cameras. We’ll just have to wait and see. For more information on the new roadmap of X-series lenses check out the press section of their site.