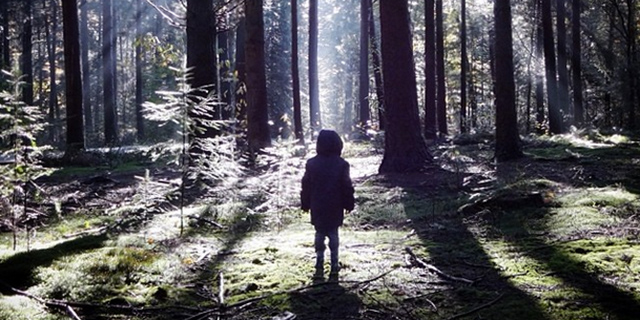 Insta-view: Interview with Instagramer Wes in the Wild

In the latest edition of Insta-view, Resource Magazine sat down with @WesintheWild: an Instagramer from the Netherlands, who has nearly 30,000 followers. Not only have we noticed his gorgeous eye-popping photos, but it appears that companies like Sony are lining up to work with him. Read our interview below.

Did you always plan to be a photographer? In other words, did you go to school for it or did it start out as a leisure activity?

Well first of all, I’m a musician and two years ago I lost my job. So I started a drum school—because I’m a drummer—and I found out that this drove my creative thinking. So I had some spare time to try something new, I started to take photos and eventually I bought a camera. I simply didn’t know I was good at taking photos.

How did your career blossom? How did you become this Instagram sensation that you are today?

I was very active on Instagram with building up a community. I made a lot of comments and likes throughout the site, and I also met a lot of other photographers in real life by organizing Insta-Meets. It seemed that Instagram noticed this and they put me on their suggested users list. I gained, like, 9,000 followers and I had only 3,000 up to that point which means in a matter of weeks I had a little over 12,000 followers. The rest of my followers were built up by doing contests, commenting and being active in the Instagram community. Since then, I just kept building up followers, not because I use tools or the wrong hashtags, but by being really active; people seem to really like it because I am getting more followers each day.

Speaking of hashtags, I see that a lot of your photos contain #selftimerwes. What is the idea behind it and how do you use hashtags to reach a wider audience?

Well, about one year ago I started with #selftimerwes—I just wanted to do something new because I saw a lot of awesome hashtags like #fromwhereIstand. I wanted to be different, so I decided I was going to shoot some pictures of different places with a self timer and a tripod. I just started photographing new places, and at the moment, I have like 270 #selftimerwes pictures.

Why do you call yourself Wes in the Wild?

First I had another name; it was from a long time ago called Instagratz. But I thought if they searched my name or simply Instagram, how were they going to find me? So I thought I had to do something special. I was shooting a lot in the wild, and thought maybe this is some way to promote myself. A way for people to see I am everywhere and nowhere. So I changed my name to Wes in the Wild and you can even have the name if you are in the city because it’s just as much in the wild.

So you shoot a lot of nature, do you have any influences?

Holland is a very small country, so there are a lot of unique places. And of course, I have a lot of Instagrammers that have triggered me to go out as well. For instance, a big Instagrammer called @wisslaren—he is a Sweddish user who has over 600,000 followers—was the first guy I did a collaboration with. He gave me around 500 followers when I only previously had 300. He told me now you have to “do this and try that,” which made me realize that this is what I want to do. He also triggered me to buy a real Canon camera. I am very thankful for what he did and that I now I get work through photography.

Can you just clarify some of the work that you’ve done as a result of your photos?

I did some promotion stuff for Sony mobile, promoting the QX10—it’s a smart lens that connects to Wi-Fi with your phone—and also the QX100. I also did the Xperia for Sony. From then on other companies began to email or call me as well, like O’Neill Footwear and DFDS Seaways.

I saw that in June you opened up a Mobile Art Instagram shop in Ede. Can you explain what that is and what you hope to achieve?

Maybe you recognize this situation: you have hundreds of pictures in your phone and you are doing nothing with them. And I thought, ‘why not translate mobile pictures to mobile art, giving people the chance to turn their unused photos into wooden, aluminum, metal or concrete pictures on your wall?’ People think this is extremely cool, and besides that I’m organizing workshops for people who use Instagram as a tool.

Finally, what does the future have in store for Wes in the Wild?

We have a lot of history in Holland including World War II. During the war, there was a big operation—Market Garden—where they tried to liberate a part of Europe. So, they dropped a lot of parachutes where I am from in Ede and I’m offering the community a livestream through Instagram. We are trying to get all of the old paratroops to come here—the families are still around in Canada, the States, Britain or Poland—and we’re trying to offer a livestream so all the friends and families can interact and reconnect with each other. For here, it is very nice because there are only a few left, so we’re trying to use social media, not to remember war, but to remember people who were here.