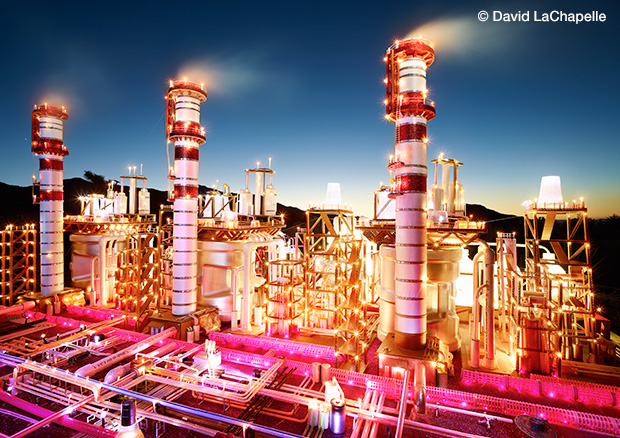 The team at Phase One visited iconic photographer David LaChapelle as he was preparing and photographing his project Refineries.

Refineries is the second part of David LaChapelle’s project titled LAND SCAPE.  This series of images features intricate models that are crafted by Hollywood’s best model makers. Using only found materials such as plastic bottles, drinking straws, tin cans and hair curlers, the refineries take months to construct and are photographed in a variety of locations including the Joshua Tree, California.

David’s intention is to make visually stunning images that play with scale, the use of found materials and their relationship to fossil fuels and the environment.

David limited the model builders’ resources to found objects and things we normally recognize, plastic bottles, tin cans, bendy straws and so on. “So I’ve limited the resources because I didn’t want the models to look like architectural models. It is completely different from our normal shoots, which are figurative, I’m always using people in photographs but I love the still life,” David says. 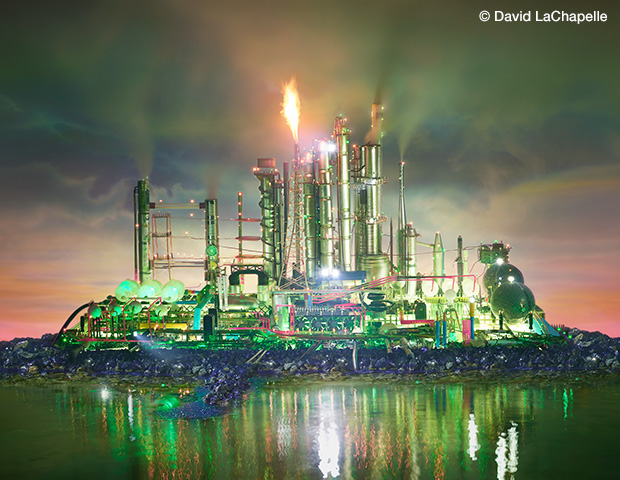 The LAND SCAPE series started with a series of gas stations photographed in the Hawaiian jungle, and he has now moved on to refineries. Each model is scheduled to take at least a day to shoot. They will be captured mainly at night and dusk and on location, so it’s a lot of work.

As David states: “The goal is first of all to make stunning pictures, then play with scale, but not only that, then you are playing with the idea that this is all garbage. There is about, literally, five minutes where you get the perfect balance between sky and these lights, where the sky is glowing in really rich blue. I like the conditional occasion where you have that finite moment and that’s it. You have a built-in time limit. Using that adrenaline to get the shoot done, use it to our advantage.” 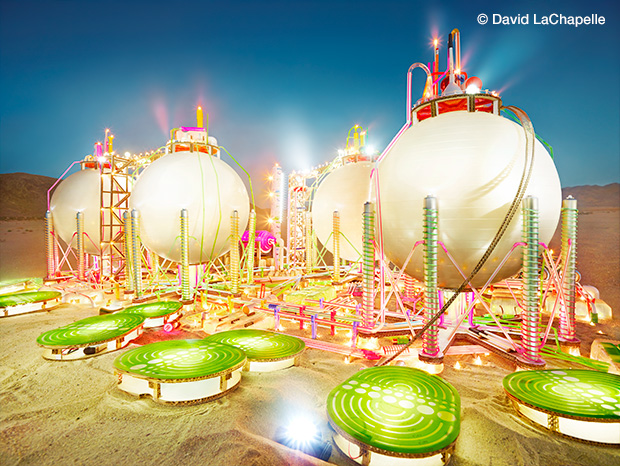 To David it is of great importance that his images send a message: “In any of my photographs I want to express something, say something, communicate. For me the picture is not finished until a viewer connects with it. That’s the magic of art in general, communicating something to someone else. I don’t want to tell people what to think. I want people to figure things out for themselves and I want to be clear in what I’m thinking but I don’t want to preach.”

Check out David’s refineries at the official Phase One gallery!