I’ve always thought the backroad drive from Westchester to Connecticut was really beautiful. You move past the suburbs into the woods, free from the periodic traffic lights and crowded towns. Similar to Upstate New York in the sense that you’re cruising down windy, open roads among grassy farmland and scenery, what sets it apart are the bougie vibes due to the short distances between wealthy Westchester villages. But when I arrived at the Philip Johnson Glass House—a National Trust Historic Site located in New Canaan, CT—the 49-acre pastoral landmark was far beyond what I encounter on an average day’s drive. Not to mention, the property was nearly empty which is something not many people have witnessed, and apparently, most photographers haven’t either. 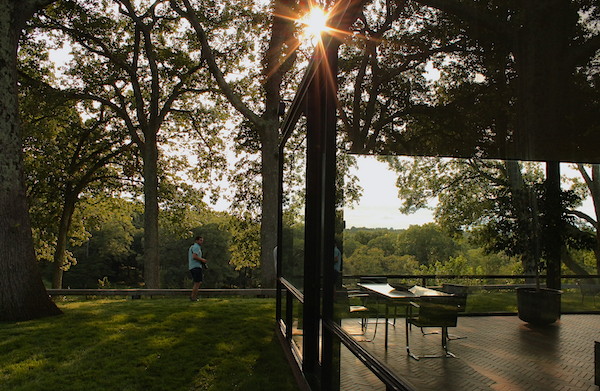 On July 29, the Glass House held its first-ever #Instameet, an invite-only meet-up for a selection of fifteen Instagrammers organized by the site’s Communications Director Christa Carr and photographer Whitney Hayes. Like most other photo meet-ups, the goal of the event was to increase the Glass House’s Instagram presence while granting photographers exclusive access to the property, Carr explained. “During tours we let patrons use their cameras, but it’s usually pretty crowded. The only photographers who have had access to the space are professionals like James Welling, Hiroshi Sugimoto and Candida Hoffer.” 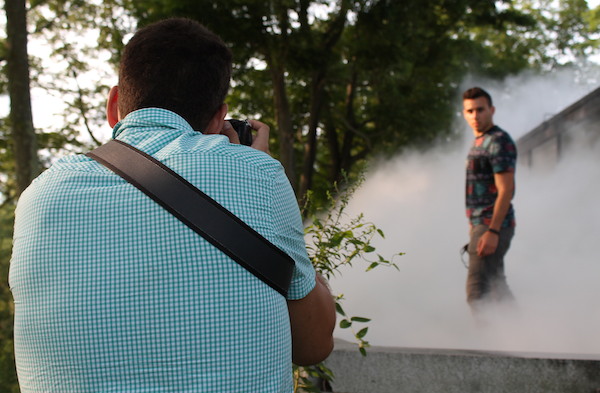 Of those invited, the #Instameet included New York Instagrammers such as @thecoolburns (thanks for the featured image!), @_janekim, @thetrottergirl and more. And with the event centered around a literal Glass House surrounded by mist machines, there was certainly no shortage of photo-worthy content to capture. The photographers were also given restricted entry to a renowned sculpture installation that showcases work by artists like John Chamberlain and George Segal (see photo below), which was, of course, in addition to the site’s compelling landscape views. 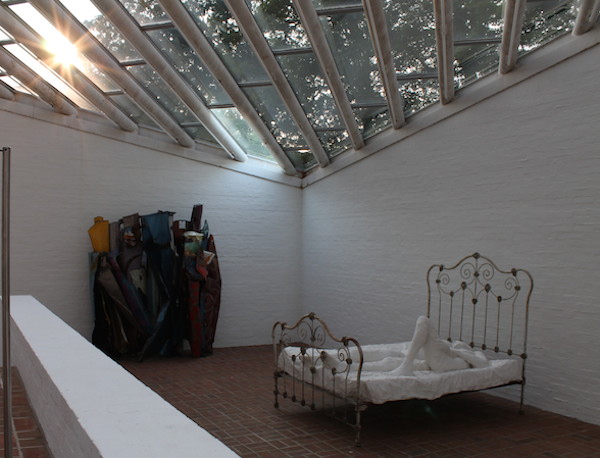 The Glass House opened in 2007 to honor the legacies of modern architecture guru Philip Johnson and renowned curator David Whitney. Created to serve as “a catalyst for the preservation and interpretation of modern architecture, landscape, and art; and as a canvas for inspiration and experimentation,” according to its site, it’s also home to fourteen structures and features a permanent collection of 20th-century painting and sculpture, along with temporary exhibitions. For more about what they do, visitor information and upcoming events you can check out their page. Let’s take a look at some of the Instagram shots were captured.