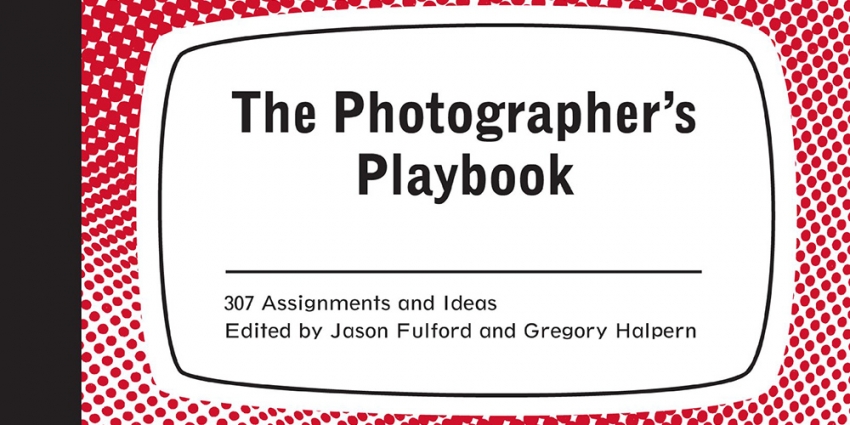 One always learns from the best and in photography we don’t just pick up techniques and methods on the fly without the influence of the more experienced photographers. It is good to recognize this, otherwise we will be left behind with our slow pace of adapting to the fast paced evolution of photography styles. Published by Aperture, The Photographer’s Playbook: 307 Assignments and Ideas is just what the doctor ordered for amateur photographers looking to educate themselves by immersing their imaginative gifts into the works of some of today’s successful photographers.

Straight from the cameras of the very people who took some of the world’s most iconic photographs, this book gives us a peek into the creative ideas and unique visions of John Baldessari, Tina Barney, Philip-Lorca diCorcia, Jim Goldberg, Miranda July, Susan Meiselas, Stephen Shore, Alec Soth, Tim Walker and many more.

The book showcases various photography assignments of these esteemed photographers as they also share insights, stories and anecdotes of their body of work in the field of photography. If you are looking for a photography book that will further improve your knowledge of the craft, the Photographer’s Playbook, as the title suggests, serves as a great educational companion in enhancing your visualizations, editing and shooting techniques.

As you leaf through the pages of this book, you will understand why these photographers have succeeded in carving a colorful career in photography. Serving us an inspiration to fire our drives to become a better photographer, the information this book conspires to provide will be just the fuel you will need.

The book also features a Polaroid alphabet by Mike Slack, which separates each chapter and a useful subject guide. Acclaimed photographers Gregory Halpern and Jason Fulford are the editors of the book. Aiming to educate both the teachers and students of Photography, this book can also be a playbook for everyone who are passionate about taking pictures.

Jason Fulford is a photographer and co-founder of the non-profit publisher J&L Books. He has lectured at more than a dozen art schools and universities and is a contributing editor to Blind Spot magazine. Fulford’s photographs have been featured in Harper’s, the New York Times Magazine, Time, Blind Spot,Aperture, and on book jackets for Don DeLillo, John Updike, Bertrand Russell, Jorge Luis Borges, Terry Eagleton, Ernest Hemingway and Richard Ford. His published books include Sunbird (2000), Crushed(2003), Raising Frogs for $$$ (2006), The Mushroom Collector (2010) and Hotel Oracle (2013).

Gregory Halpern received a BA in history and literature from Harvard University and an MFA from California College of the Arts. His third book of photographs, entitled A, is a photographic ramble through the streets of the American Rust Belt. His other books include Omaha Sketchbook and Harvard Works Because We Do. He currently teaches at the Rochester Institute of Technology.

The Photographer’s Playbook, published by Aperture, shoots itself into the book shelves in June 2014.