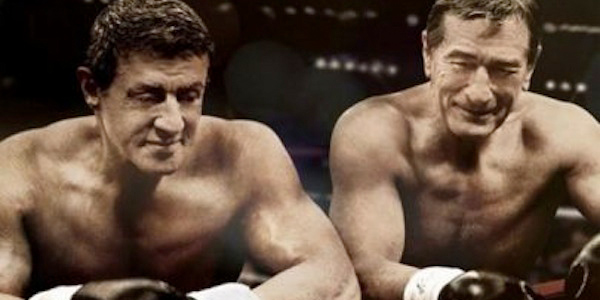 Now, this article in no way diminishes or demeans Photoshopping as a skill: in fact, it can be quite difficult to learn this without formal training. With that said, these Photoshop fails were all from major companies who allegedly hire the ‘best of the best.’ Perhaps, a few of these jobs were rushed or forced upon workers, but that is still no excuse for the poor quality or the terrible choices from these companies. So here are twenty terribly Photoshopped ads that companies should be ashamed of.

1) King Arthur and the Growing Boobs.

A famous controversy from 2004, can you notice the main difference between the United Kingdom poster (left) and the United States’ one (right)? It seems that Keira Knightley has miraculously grown bigger boobs. This stuff drives me crazy about marketers because Keira looks like a gorgeous badass, yet they always have to take it a step too far.

2) What Were They Thinking?

Not only is this a bad Photoshop, it is an overall bad poster for an atrocious film. This poster is reminiscent of Cage’s overall career: because these days he will literally do anything—I guess even famous actors have a mortgage. But the real question is did the Photo-shopper really attempt to put Cage’s face on another person’s head?

If you are going to take the time and Photoshop the entire cast of The Voice together, then remember to properly remove each figure’s background: it appears one of them was on a red carpet, which miraculously sprouts out of The Voice’s backdrop. Furthermore, if they all work together, why would you need to a Photoshop a picture together: like they literally work in the same building.

I am sorry Britney, but whoever suggested this cover needs to be fired immediately. I know you are attempting to regain your 90s youth, but your boobs look as cartoonish as Jessica Rabbit: actually on second thought Jessica Rabbit’s curves looked realer—and yes, I do realize that is a very dated reference.

5 – The Heat aka Shallow America.

Another UK/US controversy, the above poster is a Photoshop recreation of the film’s UK poster: as anyone can see, they attempted to make McCarthy’s face skinnier because obviously the vapid American public cannot deal with a heavier leading actress. We, of course, think that is icky.

6 –  Does North Korea Believe That the World Is Stupid?

A personal favorite of mine because in the heavily regulated North Korea, the release of this photo means that someone actually approved this. Someone actually thought that this collection of photos looked good. Here is to hoping that this blind official was not silenced forever because I want more photos likes this.

The most recent controversy on this list, Target was scolded like a misbehaving child for its disgusting Photoshop of a teenager. Not only is the body clearly fake, but the misshaped legs and missing crotch is a clear indication of a poor job. Obviously, this girl is clearly skinny, but how fake do we want a model’s body to be?

Another favorite poster of mine, instead of attempting to get all the actors in one room—I guess Matthew Perry and Kevin Pollak’s schedules are jam-packed—they horribly piece this together with really poor Photoshop. Most notably, Bruce Willis looks oddly younger in a Benjamin Button way and Matthew Perry has a giraffe neck.

This one is very simple. If you do not want to show the curves of the backside, then do not shoot it. The best part is that this Photoshop mistake, which has been widely criticized, can still be seen on the company’s Facebook page.

10 – The Mystery of the Missing Handbag.

Another great error from the folks at Victoria’s Secret, this time they edited out the model’s handbag—well sort of. Obviously, the editor could not remove the top of the handbag without having to re-do the model’s hand. So instead, he or she just took the easy way out and said screw it.

The girl in the red will haunt my dreams for the rest of my life. I am pretty sure I have seen her before in Insidious or any one of the countless exorcism films.

Even for 2007, this is a terrible poster. I remember being quite young and wondering, who in their right mind thought this was okay? Nothing works here. From the misshaped actors heads to the awkward body positions: this certainly has rush job all over.

Obviously, they attempted to make Sly (68) and De Niro (71) look younger than they were. Now, this is not the worst Photoshop on this list, but it certainly maintains a downright creepy ambiance. The worst part is that both actors were in reasonable shape for this film: so there was no need to make them look this fake.

I really feel bad because Lexar truly tried to make this a cool design. And it would have worked, if it was not for one key detail: the reflection always has to match what it is reflecting.

Probably the most remote advertisement on this list, I had to include this because the model looks like a character from a JibJab cartoon.

This has to be a personal favorite on this list. The Photoshop is almost as ridiculous as Loft’s ballsy press statement: “The photo in question was actually only minimally retouched to remove a tattoo. Admittedly, the photo highlighted the model at an awkward angle, making it look as if there had been significant retouching.” They cannot expect us to believe that.

So either Microsoft or Polish people are incredibly racist? Obviously, I do not like either option, but what am I supposed to think when an African American male was Photoshopped out of this photo for the company’s Polish website. Best of all, when they changed him to a white male, they did not bother to change his clearly black hand.

Did she just unhinge her jaw, so she could eat her friend? I seriously have been watching too many bad horror films, but what was J C Penney thinking when they let this ad onto the market. How did no one catch this?

Who remembers the ‘got milk’ ads that appeared on Nickelodeon, Cartoon Network and countless magazines? Of course, they did these ads with everyone, from famous actors to athletes. And of course, all of those photos were Photoshopped in one way or another. In this ad, it appears that they creepily forgot to completely remove an individual: or at least, this could be proof that ghosts actually exist.

Quite obviously, everything with this photo is wrong: between the horrible background and the blurred body—does she have a belly button—what was PETA thinking. The only thing that actually looks real is Nia Long’s beautiful face, which is hidden in this Photoshop disaster.