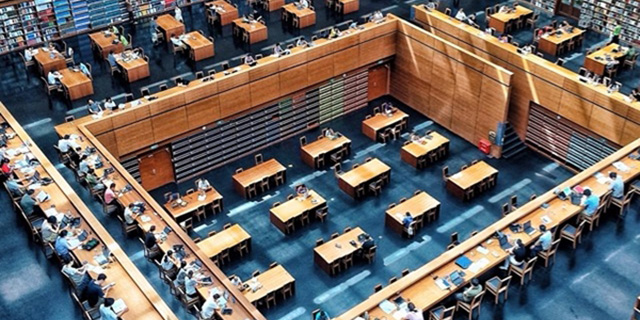 Armed only with an iPhone, Yilang Peng set out to present a fusion of western and eastern influences in his landscape photography. He planned to do this while traveling across the United States in search of scenic lakes, mountainside and endless fields. Journeying far and beyond to photograph his Lakescape series, Yilang Peng has been able to capture incredibly beautiful iPhone photography.

On his Instagram account, which continues to attract a massive number of followers, Yilang Peng features various aspects of landscape photography: green rice terraces, bustling cityscape, intricate patterns and even poignant human shadows from a distant. In today’s age of digital photography, Yilang shows how an iPhone can still rival the rest of the expensive cameras out there.

Some moments are born to be black-and-white

Resource Magazine decided to to catch up with Yilang Peng and ask him about his photography, as well as, his latest project.

Birds
Explain your fascination with shooting landscape?
I bought my first DSLR camera two years ago. But last year, I began using smartphones to take pictures seriously. My first landscape project documented the entire freeze-thaw cycle of Lake Mendota in Madison, Wisconsin. It was really a small lake, and it did not have magnificent views. But the changes of weathers, seasons and human activities still created many possibilities for photographing it. For me, a landscape is more than a photo subject. It can incorporate many themes, such as humanity, time, visual forms and so on.

Lakescape
How did your trips around China and the United States influence your photography?

The biggest influence of my experiences in the States might be that I learned about many great modern and contemporary artists. I was so inspired by them that I began to use basic visual elements, like lines, shapes and colors, to express my feelings or thoughts. Not only do travels expose me to new experiences, they also let me look closely at things I am already familiar with. During my travels in China, I also tried to view the scenery with a perspective of modern art.

Red and Redness
How do you express the uniqueness of Chinese culture and it’s people in your work?
Sometimes I use the label “minimalism” to describe my work for the sake of convenience, but it is really a combination of multiple inspirations. In addition to modern art, I also learned a lot from traditional Chinese paintings. Instead of the reproduction of the nature, Chinese paintings emphasize the representation of a sentiment or an atmosphere. They also use empty space a lot, and I found that this feature resonates nicely with the maxim of the minimal art — ‘less is more.’

A Feast of Color Inspired by photographer Andreas Gursky
Besides, Chinese philosophy values the unity of humanity and nature. So in my photos, I also tried to show the interactions between the nature and human beings.

University of Wisconsin Science Hall
Tell us your definition of photography?
Hans Hoffman once asked Jackson Pollock whether he worked from nature, and Pollock replied, “I am nature.” Hoffman then said “if you work by heart, you will repeat yourself.” I believe the ideal photography combines both, the nature and the artist’s self. Sometimes we think photography is, by definition, a documentation of the reality, and often forget that it is also a form of visual arts. Indeed, compared to paintings, photography is more limited by the reality, but the restriction also makes self-expression more challenging and interesting.

A City’s Light and a Man’s Shadow
Lastly, what kind of photography projects do you have in store for your followers?
I like experimenting with new techniques in my photography. I took most of my pictures with an iPhone. Next, I will try to use other devices, such as Google Glass, to explore the new possibilities of photography.

National Library of China
Check out Yilang Peng’s Lakescape series and follow his Instagram to see more of his work.

Sunset in Brooklyn
All images were used with permission from Yilang Peng.