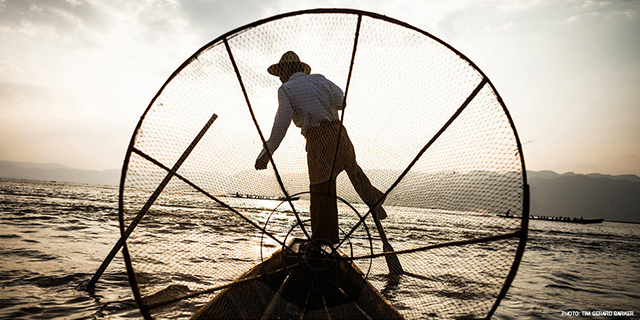 Hasselblad Xcursions Offers The Photographic Opportunity Of A Lifetime

Hasselblad Bron, Inc.—the Swedish camera and photo equipment manufacturer—has announced that it will be offering photographers a new trip as part of their Hasselblad Xcursions program. The incredible fourteen day photo expedition in Southeast Asia can only be described as the photographic opportunity of a lifetime.

Hosted by Getty Images photographer, Tim Gerard Barker, the trip will begins Noveber 10th, 2014 and runs straight through to Novermber 23rd Photographers participating will begin their voyage in Vietnam—where Barker currently lives—a country filled with “French influenced architecture” and “wide tree-lined boulevards.” After the first three days in Saigon, participants will spend two days in Hoi An,- translated to “peaceful meeting place”-a coastal town in Vietnam.Known for its riverfront and vibrant lanterns, this town will definitely be a tranquil portion of the trip.

Next is Hanoi, Vietnam’s second largest city. It was the former capital of North Vietnam- primarily known for its colonial landmarks. The trip will continue to Luang Prabang- known for its captivating Buddhist monasteries- and end in Cambodia; home of the colossal monument, Angkor Wat. The opportunity to visit all of the sites in a fourteen day period is a rarity, especially with a professional who has a substantial amount of knowledge on the areas.

Tim Gerard Barker is a multi award winning Australian photographer and cinematographer based in Hanoi, Vietnam. Tim has been contributing to the Lonely Planet Images collection at Getty Images since 2006 and his travel images have been used by clients all over the world including Warner Brothers Pictures, Lonely Planet, National Geographic Traveler, The Guardian, Asian Geographic, the BBC and many more.

“All the gear provided during the Xcursions surely is a dream for even the most discerning of photographers,” Hasselblad said in a press release. “Attendees will have access to the entire lens line-up and the latest camera gear, including the brand new superbly engineered H5D-50c camera. The H5D-50c is the world’s first integrated 50MP medium format camera to use CMOS sensor technology. Lower noise levels makes it possible to shoot at much higher ISO values – so even in low light you’ll be guaranteed crisp, clean images with perfect color detail.”

Participants will travel in the lap of luxury and stay in five star accommodations, but space is limited. There are only 8-12 spots available. Be sure to book your photographic trip of a lifetime at Hasselblad Xcursions before it sells out.