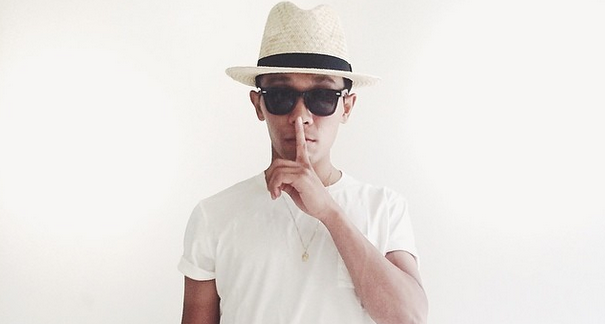 In this week’s Insta-View, competitive cyclist Angelo Calilap talks with Resource about his attraction to movement, his blog “Cycleangelo” and his recent photo shoot with Nike. His Instagram, which consist of photos entirely taken by his phone, is dedicated to his love of cycling and other methods of transportation.

When did you start your photography career?

It actually started really late in 2006. It was the first time I ever had a camera—a point and shoot—and after three months I said to myself, ‘Well, this is pretty fucking cool,’ and got my first DSLR. I just took that with me everywhere and was on, full force, since then.

What did you do before you starting shooting?

I loved to skateboard. That’s one of the main influences and first things I started shooting. All the stuff I was shooting in 2006 and 2007 I got fish-eye and super wide angles because of the influence of that in my life.

On your Instagram you seem to be a bicycle enthusiast. How has that inspired your photography?

For a while, after college, I got out and did the whole “starting your career thing” and when that pops off you kind of lose pressure of things like taking photos. For a year or two I wasn’t shooting at all and then I discovered cycling as a hobby. That’s when I started to pick up the camera again. I just took picture of my life everyone I met, which still is apart of it. If it wasn’t for that, I don’t know I would have ever picked up the camera again.

Do you think that aspect has attracted people to your photography?

I think it has. That was never the purpose of it to begin with. I created a blog called, “Cycleangelo” and I just started posting images on there of my journey as a cyclist. I remember it came to the point where it had an audience and fan base. On Instagram, that’s where it started, but then I guess people didn’t know I did photography before the cycling thing. I love to take portraits, landscapes, street photography. I try to find a balance between all of it.

Have you always been drawn to capturing images of movement?

Did you ever find it a challenge?

Oh, totally. When I first started taking photos on the bikes, I rode a bike with no breaks and a DSLR with me. Imagine going down a hill with no breaks and you can’t stop peddling while trying to capture an image. Those were probably the craziest moments I have ever captured. Even now when you’re going down a hill at like forty miles an hour—I mean it’s not a DSLR anymore, it’s an iPhone—and trying to get your phone from your back pocket. It’s not safe, but it’s part of the thrill.

Are there other areas of photography that you have yet to explore?

I was featured in a photo shoot with Nike a few months ago. They had a drone shooting and I thought that was really cool in terms of capturing movement and action. I think it would be really cool to explore different angles with it [drone].