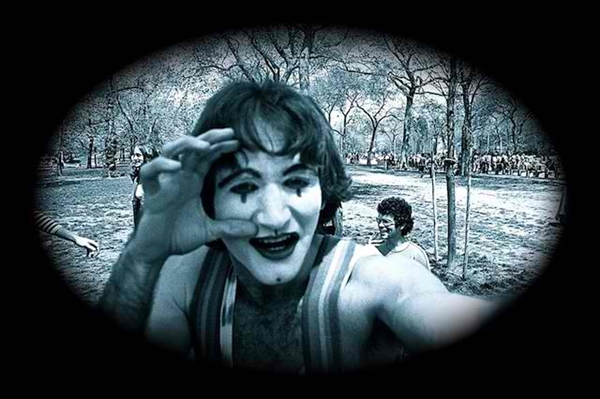 This month the world was rocked by the sudden passing of the once-in-a-generation actor Robin Williams. Movie fans of all ages have connected with the late comedian throughout the years. All twenty-somethings were at one time or another shaped by the actor: with their childhoods being influenced by his performance in Steven Spielberg’s Hook or as the voice of Genie in Aladdin.

Whether he was Mrs. Doubtfire or inspiring the older ones to ‘seize the day’ in Dead Poets Society, the actor has had countless career defining roles. And the list of his classics go on: Awakenings, Good Morning Vietnam, Fisher King and his Oscar winning performance in Good Will Hunting to name a few.

Truth is, Robin Williams has been around brandishing his impeccable talent for ages: the actor got his big break as the hilarious alien in the TV sitcom Mork & Mindy. And much earlier he was a fixture at various comedy clubs in San Francisco and Los Angeles, which earned him the distinction as the leader of San Francisco’s comedy renaissance.

It was around this time that photographer Daniel Sorine took some images of two mimes performing at Central Park in 1974. Unbeknownst to him were the identities of the two mimes; it was not until 35 years later that he realized the significance of the photos.  “When I realized that my images were that of Robin Williams, I was thrilled and excited to have captured a bit of history.”

“What attracted me to Robin Williams and his fellow mime, Todd Oppenheimer, was an unusual amount of intensity, personality and physical fluidity,” Sorine tells Peta Pixel in a separate interview. “When I approached them with my Pentax Spotmatic they allowed me to invite them into my camera, instead of me having to chase after them.”

So Resource sat down with Daniel to talk about the details surrounding the photographs: particularly the atmosphere that surrounded Central Park during that time. “Back in the 1970s, Central Park was a huge outdoor stage for various performing artists: especially on the weekends. In those days, I was particularly interested in shooting street scenes to document life in the city. It was also an inexpensive way to build up a portfolio to show photo editors.”

And it must have been extremely interesting to see mimes in Central Park because the photos feel as spontaneous as the two mimes: “I’m a very fast shooter so I sometime have no choice but to catch the moment as it happens. Otherwise, I like to let the person I want to photograph invite me into his or her world.”

It’s been more than 35 years since these images were taken by Daniel. Obviously, the photography world is far different now: with the modern cameras allowing instant previews and the addition of various unorthodox styles like ‘selfies.’ And Daniel certainly agrees that times for photographers are changing, for better or worse: “What I do like about digital is its speed and editing capabilities. What I do not like is that the people you photograph want to see their pictures after a couple of frames were shot. That’s a real mood changer. The photographer should be in charge of the shoot, not the subject matter. As far as cameras are concerned, I loved the almost indestructible Pentax Spotmatic: my 1970 model still works. The Nikon F3 was great for studio work. These days I used the Pentax K30 with its amazing lenses as well as the Nikon D7001 with Tokina lenses.”

Today’s social media generation would think of Humans of New York as the epitome of modern day portraiture. To Daniel, he feels blessed to have experienced the earlier days of portrait photography, which still brings him pride when recollecting his old works: “Unlike the old days when street photography was spontaneous and usually without a connection between the photographer and the subject matter, Humans of New York is a great way in allowing people to share their life story. Also, the images are wonderful. My standout portrait images are probably those of famous ballet dancers I photographed in the late 1970’s.”

After a long successful photography career, Daniel is cutting down on portrait photography. So its safe to say that its unlikely that he will photograph an up and coming actor again at Central Park: “These days I really don’t take random pictures of people anymore, except my family.”