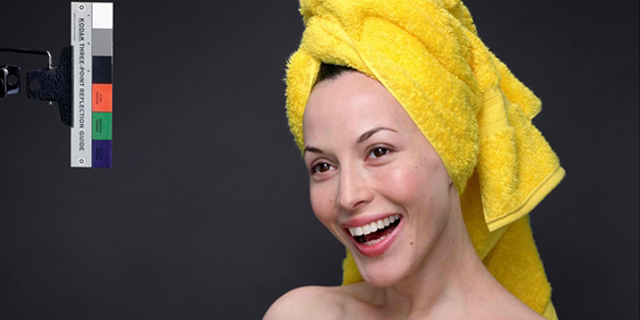 Production Line Of Happiness – Fine-Art Photography With An Advertising Aesthetic

Already on display at MOMA’s International Council of The Museum of Modern Art Exhibition Gallery in New York, is a photography exhibition called The Production Line of Happiness: only running until November 2, the exhibit is by hugely successful American conceptual artist and photographer Christopher Williams.

The New York Times says that the exhibit is, “as a whole, a similar act of exposure. The nearly 100 photographs meander in their own cerebral way through fashion, portraiture, landscape and, especially, still life, and cover more than 30 years of work. But they are only part of a bigger, more complex picture”.

This exhibition began at the Art Institute of Chicago on January 24 and ended on May 18, before moving to New York on July 27. This solo exhibition is a fitting salute to Christopher Williams, an artist who has carved a seminal career producing humorously insightful and lively photographs. Now, Williams, began his career at the California Institute of the Arts, where he earned his M.F.A and B.F.A. and learned from such luminaries as John Baldessari, Michael Asher and Douglas Huebler.

Photographers who are just starting to find their niche in the industry are advised to make time and go see this exhibition. The works of Christopher Williams traverses a lot of categories, ranging from the 1970’s site-specific installation to being included in the 1980’s Pictures Generation—an unofficial label bestowed upon an exclusive group that includes Barbara Kruger, Cindy Sherman, Richard Prince, David Salle and Louise Lawler. He even saw further success through the hip 1990’s style and still remains relevant in today’s contemporary photography scene.

This is not one of those atypical photography exhibitions; it is an artistic representation of Williams’ 53-year career. The Art Institute of Chicago praises Williams for his profound commitment “to contemporary art as a forum for intellectual inquiry and thoughtful opposition—resisting, for example, a capitalist society in which photographs typically act as agents of consumer spectacle. Through exacting mimicry—and stunningly beautiful images—Williams’s work has subtly questioned the conventions of photojournalism, picture archives, fashion, and commercial imaging”