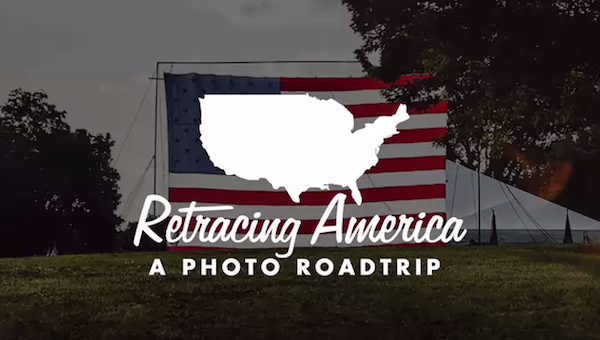 Retracing America: A Photo Roadtrip is the latest project from famous photographer Trenton Moore. As the Kickstarter campaign shows, Moore’s life and photography career was incredibly shaped by Robert Frank’s The Americans. In the photo book, “Frank photographed the everyday lives of the American people, and his refusal to shy away from subjects like racism, religion, and suburban life was part of what made his work truly revolutionary in its time.”

Now, a half century later Trenton Moore wants to repeat this journey: to take wonderful street photographs and document how America has changed in the last sixty years. However, Trenton’s “goal is not to recreate Robert Frank’s work, but to acknowledge the historic importance of his original journey and use it as an inspiration to share the way that he sees America.”

Certainly, this seems like an amazing idea with some eye-opening possibilities, but Trenton Moore cannot complete this trip without the help of the general public. With less than a week left in his Kickstarter campaign, Moore is not even close to his $15,000 goal- which according to him will go towards basic supplies like food, gasoline, car maintenance, lodging expenses, general travel expenses, the cost of creating the book, printing, Kickstarter swag/incentives and shipping. So if you want to see the photobook come to fruition, which has the possibility to be truly beautiful, donate to Trenton’s Kickstarter page now.