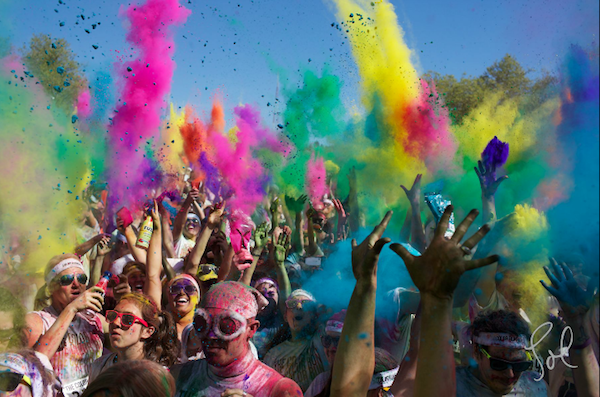 Sol Neelman has seemed to have taken up a wonderfully weird profession: taking his obsession with abnormal sports and turning it into a career where he travels around the world to capture these unusual and somewhat disturbing athletics.

With billions of people living in the world—most of which are crazy to some degree—there’s certainly no limit to the absurd sports for Neelman to shoot, while these sports range from the extremely peculiar Quidditch or Major League Dreidel, to straight up deranged things like Flaming Tetherball or Live Monster Wrestling. Check out his 2012 collection, Weird Sports, which was successful enough to warrant a sequel.

Now, it appears, with the take-off of his Kickstarter campaign he is off to travel the world and collect photos for the follow-up. And as his campaign suggests, this new photo book, which will be available in the spring of 2015, “isn’t about creating a definition of what sports are or are not. It’s about starting a discussion about what role sports play in people’s lives. It’s about simply celebrating fun.”

So it appears, at least to us at Resource, that Neelman has one of the chillest jobs ever, while he himself claims his photo books are “an excuse to travel and see friends across the States.” It does not seem like his obsession with these sports, if we can even call them that, will stop anytime soon. His nearly decade long obsession lets him travel around, drink beer and have a great time. Can you, like, even ask for anything more?

Check back for more details on Weird Sports 2: The Photo Book! To date on Neelman follow his blog or his Twitter.