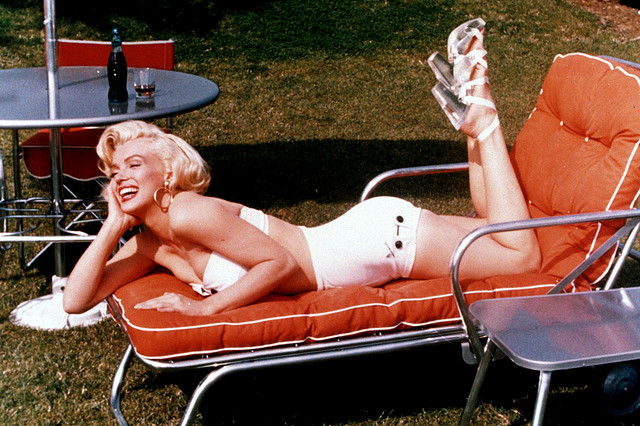 Marilyn Monroe Takes Over NYC as a Flixel

Yesterday, Sept. 15, marked the 60th anniversary of the day Marilyn Monroe was shot in one of the most iconic moments in film history: the scene from The Seven Year Itch when the her white dress is blown up by a wind gust from a New York City subway.

When the shot was filmed in 1954, thousands of spectators lined the streets to watch. So, what better way to celebrate than giving millions of New Yorkers the opportunity to do the same?

Last night, Flixel Living Photo projected the scene of the gorgeous blonde bombshell and her billowing dress on the sides of various landmark buildings in Times Square, Union Square, Columbus Circle and Grand Central. “Flixel is thrilled to have had the opportunity to bring one of the world’s most famous photos to life,” said Philippe LeBlanc, Flixel Living Photos’ co-founder and CEO in a press release.

This event was made possible by a partnership between Flixel, Authentic Brands Group and Sexy Hair. With Flixel’s Living Photo, a tool used for capturing moving photos through live-masking technology, the intent of this project was to resurrect Monroe to the forefront of the digital age.

“Marilyn’s gorgeous blonde bombshell locks and sex appeal transformed her from Norma Jean into a beauty icon,” said Jennifer Weiderman, VP of Marketing and Education at Sexy Hair, in a press release. “The iconic, playful and sexy image of Marilyn in the white halter dress in the movie The Seven Year Itch is an incredible image in film history. Sexy Hair is honored to celebrate the 60th anniversary of this cinematic moment as well as the barriers that Marilyn broke through during her career.”

For more about Flixel’s Living Photo technology check out their site!