Photokina 2014 – The Future’s Looking Bright With These Fast Lenses

You might think that the kit lens you get with your camera is a good deal, and sometimes it is. But in terms of image quality kit lenses are usually good, but not great. Instead, you might want to opt for a body-only buy, and consider spending more on another lens. One suggestion I have is to consider “fast lenses”.

In photo parlance, a fast lens is one that offers a wide maximum aperture, one that helps gather as much light as possible from the scene at hand. And while the fastest lenses are generally “primes”—a fixed focal length and not a zoom—variable focal length lenses can be fast as well, as long as they do not “drop” maximum aperture, thus lose their light gathering “speed,” when focal length is changed, as do “amateur” (and all kit) lenses.

“Fastness” is usually relative to focal length—an f/2.8 400mm is fast while a 50mm f/2.8 is not. And fast does not rhyme with affordability, but hey, cameras come and go: a lens if often a lifetime investment.

The advantages of a fast lens are legion. Shooting handheld with one in relatively low light usually results in better quality because you don’t have to up the ISO to the outer limits. You get more control over shallow depth of field shots in both still and video and can easily accomplish that magical effect known as “bokeh,” where out of focus highlights gain a special compositional and creative quality. And if you have a camera body with (or the lens itself contains) an anti-shake mechanism, you can shoot in even lower light handheld.

That said, quite a few new lenses were on offer at Photokina this year, but in this report I’ll stick to the fast ones, primes (single focal length) below f/2 and zooms at f/2.8 and faster with constant aperture throughout the focal length range.

The granddaddy of fast lenses is the legendary Leica Noctilux, which in its current manifestation sports an f/0.95 maximum aperture and sells for nearly $11,000. Even the “old” version f/1 sells for $6,000 used.

If you can settle for slightly under a stop less speed and have a Fujifilm mirrorless camera, the Fujinon XF 56mm f/1.2 R APD, at about $1500, might do the trick. The equivalent field of view is about 85mm, so you might rightly think this lens is optimal for portraits, and the “APD” in the moniker (for Apodization) seals the deal. This is an optical enhancement that adds even more charm to the bokeh effect, the holy grail of portraitists (and nature photographers as well.) 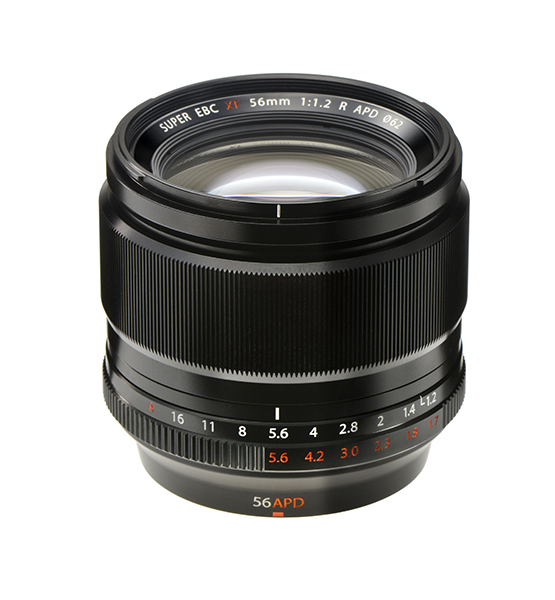 The super-wide class of fast lenses has a new entry as well, the AF-S Nikkor 20mm f/1.8G ED ($799). This is the company’s first fast super wide prime and is an FX format lens, which in their lingo means one for their full frame cameras. Those using it on an APS-C sensor Nikon camera will have an equivalent focal length of 30mm. 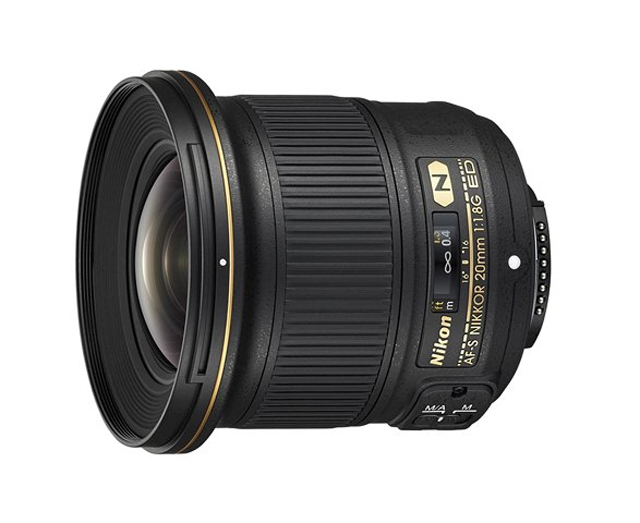 Last year Zeiss dubbed its DSLR lenses for Nikon and Canon “full frame” cameras “Otus” (yes, another bird reference, a genus of owls) and now they have a portraitist-oriented optic in an 85mm f/1.4 manifestation. This is a manual focus lens, although of course it works with the autoexposure options on compatible cameras. Even though it’s priced at $4500 it will certainly appeal to the pro trade. 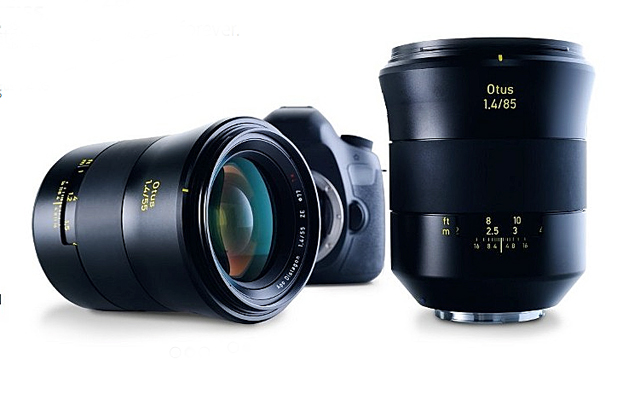 The Fujifilm XF50-140mm f/2.8 R LM OIS WR, at about $1600, has constant aperture throughout the (equivalent) 76-213mm zoom range and a built-in stabilization system for expanded shooting options in low light or when zoomed out and shooting at narrower apertures. The WR acronym stands for weather resistant (and dust proofing), which for me qualifies it as a good partner for the company’s XT-1 all weather camera. 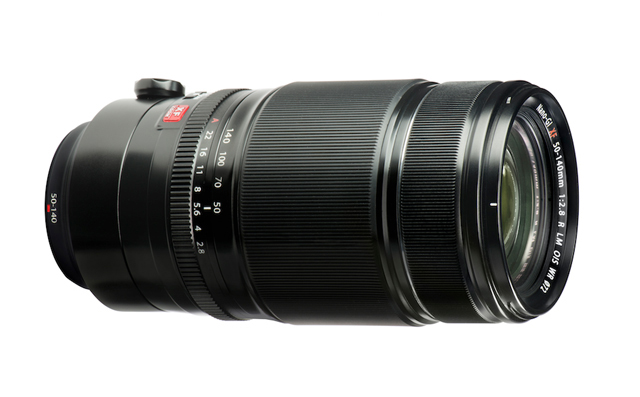 Olympus debuted a 40-150mm f/2.8 (being for Micro Four Thirds it’s equivalent to 80-300mm), which not only maintains the fast focal length when zooming but does not increase in lens size either. If you’ve ever worked with an old long tele zoom you know how the lens can gain half again as much length when going out to full range. It’s part of their M Zuiko Pro series and will sell for about $1500. 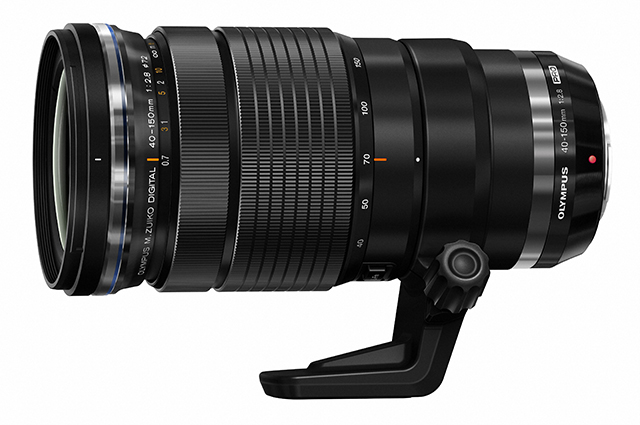 If you have a Samsung mirrorless their new premium S 50-150mm f/2.8 ED OIS lens (77-231mm equivalent) looks like a great near-long tele zoom. The stabilization here is of the multi-axis type, which means you can shake, rattle and perhaps even roll and still get steady shots. It’s dust and rain resistant and is coated with something Samsung calls “Hyper-Shield” to make it easier to clean of those fingerprints that inevitably get on the front element. 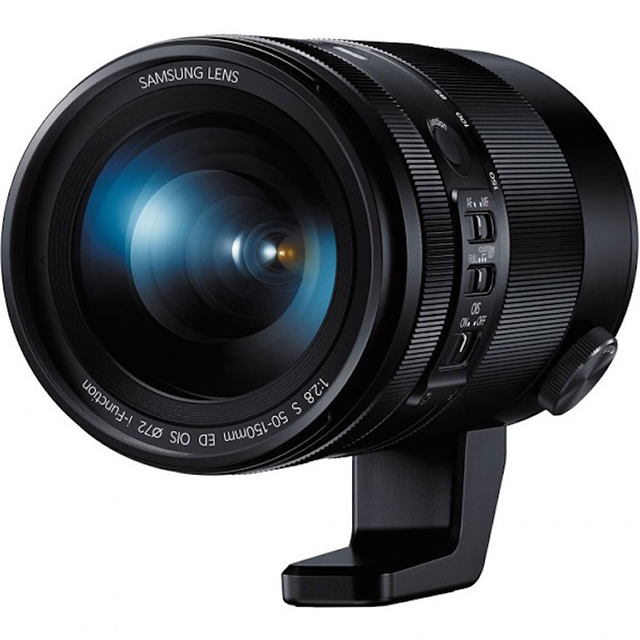 And finally, when a company announces that a product is “under development” it can mean that it is imminent or “see ya’ next year, or maybe later, buddy.” Well, Tamron raised the “under development” flag on their full-frame SP 15-30mm /f2.8 for Nikon, Canon and Sony mounts. This ultra-wide to wide constant aperture zoom has some very exciting specs, including compactness (about 5.7” long), relatively light weight for a super wide (2.4 lbs) and perhaps most interesting the incorporation of VC, Tamron’s brand of image stabilization. Details on construction, coating and use of advanced elements within the lens also make this one to watch for. Price? That’s under development too.

George Schaub is a contributor to Resource Magazine and will be filing reports directly from the show floor while attending Photokina 2014 from mid to end of September.