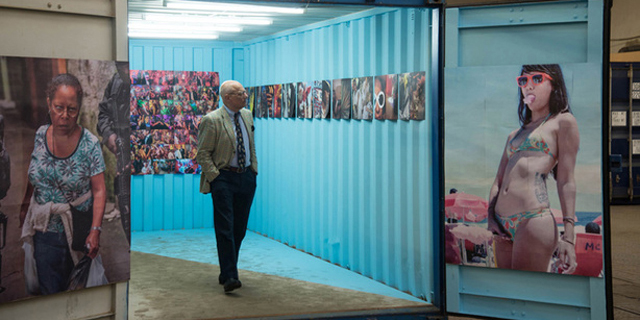 The fact that photography is a very exciting and active member of the art scene in Cologne has in part to do with photokina, the biennial worldwide photo trade show. The exhibit halls are filled with numerous exhibitions sponsored by magazines, NGOs and individual galleries, as well as the huge Leica Gallery, reported on in my last post. But even though the trade show draws much of the attention of visitors and locals alike, there is another aspect to activities during and before the actual opening of the show that goes under the umbrella title of Photoszene (“Photo scene”).

Indeed, one could come to Cologne and not even visit the trade show and have a complete immersion in the photographic arts. There were dozens of exhibits but I selected a few that I think reflect the diversity of the work on hand.

Drawing its inspiration from the mid-twentieth century Edward Steichen Family of Man exhibit at the Museum of Modern Art, the show depicts people at work in both “high” and “low” tech jobs, and considers the relationship of people to their work in the 21st century. 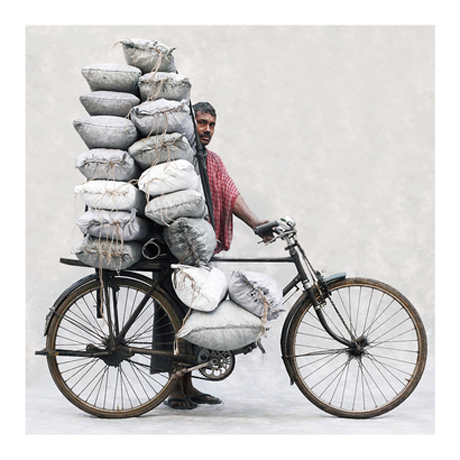 The photographs of French photographer Emmanuel Sapet is guided by encounters to explore and record what he calls “experienced or imagined cultural spaces. “ 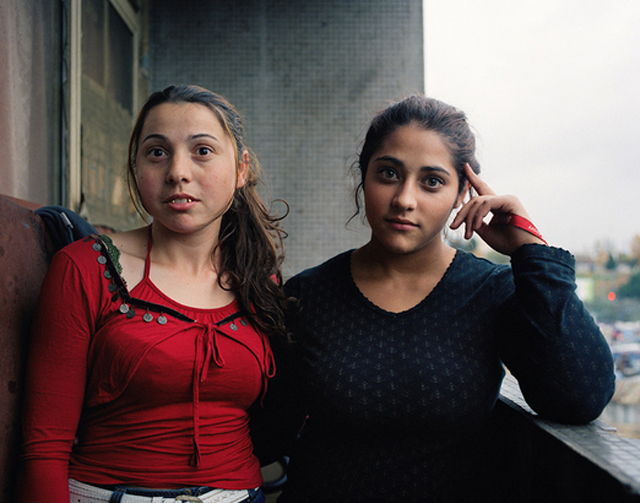 Working initially from analog photography, artist Susanne Pareke experiments with various photo-sensitive emulsions and coats diverse materials as receivers for her images, including plastic, textiles, and wood. This transformative process often reveals more than if the image were printed on photo paper and raises speculation about other realms in which images can live. 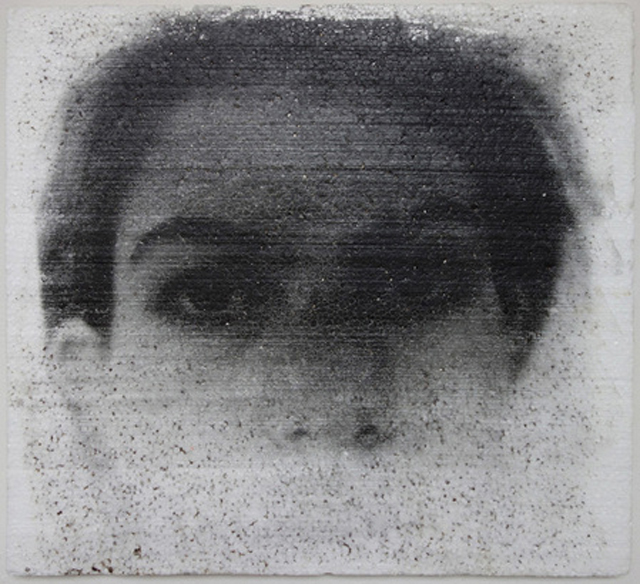 The hotels, banks, local and large museums, galleries and open air exhibits offer a very wide variety of work and showcase the talents of photographers from Germany and around the world.  Part of the “Photoszene” was the opening of what is dubbed the first museum dedicated to the medium of the photo book. Located in a 5000 sq meter space, which will be the initial home of the museum, the huge area is filled with 30 exhibitions and “studies,” with numerous discussions and lectures held throughout the photokina week and beyond. The Museum opened in mid-August and this exhibit will remain open until early October. 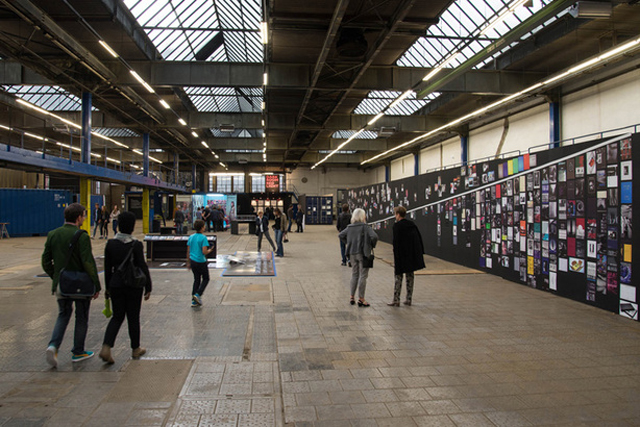 In the past I have attended openings in abandoned buildings, pop-up shows on the street, and in intimate galleries spread throughout the city. The PhotoBook Museum is currently located in Carlswerk, a huge open space located to the north and east of the main city tourist spots. But the energy of the exhibit and surrounding programs show you don’t need a shiny gallery on a main street to display exciting and novel work. While there are plans to eventually find a new home, the current space is certainly large and interesting enough for the ambitious projects and many exhibitions planned and on display. 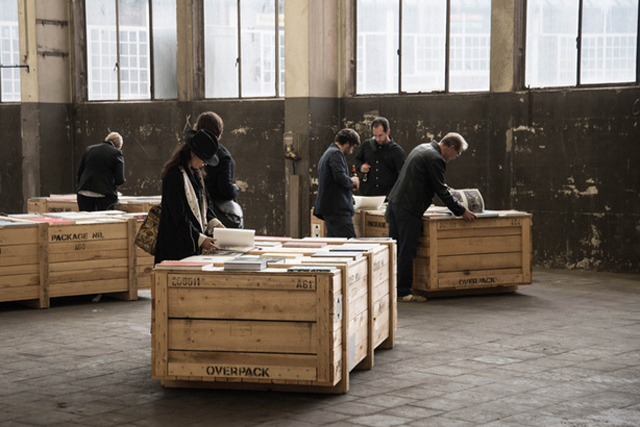 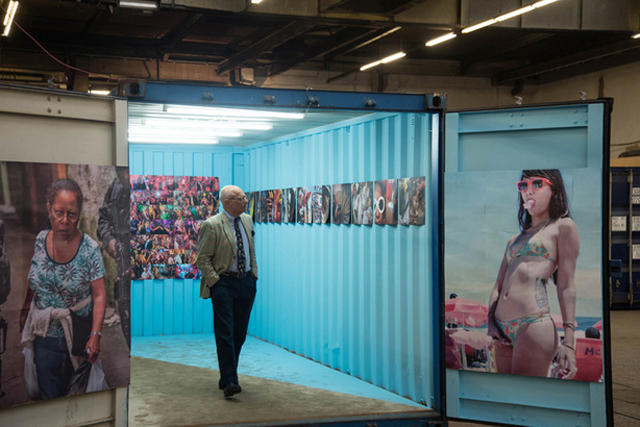 For more information see www.thephotobookmuseum.com and if in the area, do give it a visit.

The camera obscura derived from early sketching devices in which artists could “grab” and project images from the real world. It involved a simple lens and a dark cloth so that the image could be “grabbed” by the device and projected via mirrors onto their canvas and drawing pads. This was in some sense the basis for the construction of the camera once Daguerre, Talbot and Niepce figured out how to “fix” the image. “Camera” means room, and some photographers have continued to make images using a small box with sensitive material inside; indeed, as a kid I made one from a Quaker Oats cereal tube. 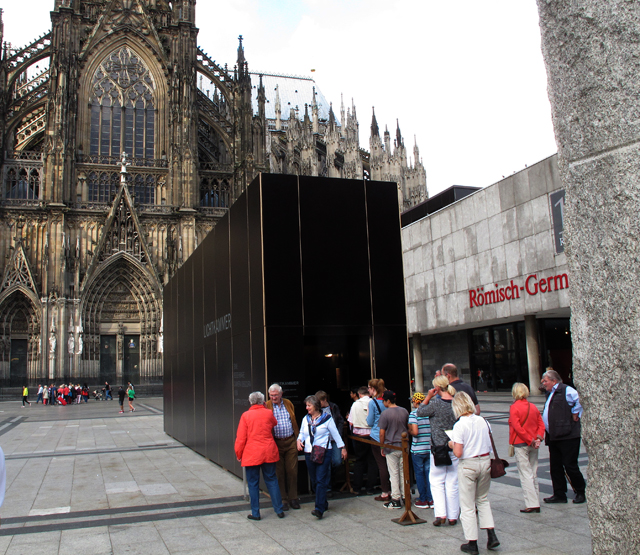 Painter and photographer Martin Streit is an accomplished and recognized artist who also works with a camera obscura, in this case a quite large one. His construction in the center of the city of Cologne certainly outdoes anything in terms of this device I had ever seen before. Aimed directly at the huge and massive gothic cathedral (the Dom), this massive box invites visitors to climb a set of stairs to a dark chamber and witness the image of the cathedral before them, projected through a small hole onto a screen in a room in which only a few visitors can stand. 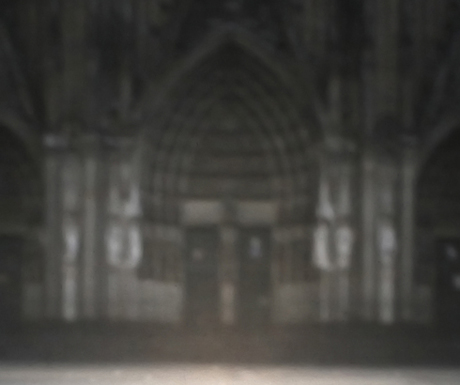 Streit combines the pinhole view the aperture allows in with digital technology to create amazing images. Every time I went by there was a line, and when I finally got in I saw why this has drawn so many curiosity seekers. Called “Chamber of Light,” the giant camera obscura project was constructed on the occasion of the 850th anniversary of the transfer of the relics of the Magi into the Cologne Cathedral, which makes this amazing church a pilgrimage spot for believers from around the world.

George Schaub is a contributor to Resource Magazine and will be filing reports directly from the show floor while attending photokina 2014 from mid to end of September.