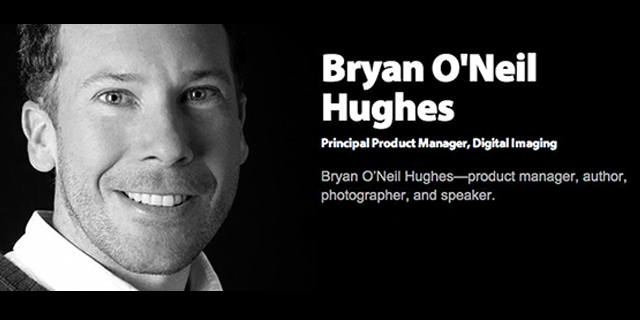 A few years back I put together a series of Photoshop tutorials called Hidden Gems. The idea was to showcase lesser-known tricks, updates and workflow tips that hadn’t found broad adoption. Whenever I spoke about these, I encountered both misunderstanding and misinformation about a few very important features. Some are controversial and some you may not believe, but here’s the straight scoop from the inside on some of the most important ones:

You want to saturate skin tones, but you’d rather your subject didn’t look like they came from another planet. Vibrance is smart saturation and you can find it in Adobe Camera Raw, the Adjustment Layer  panel (or sub-menu) and the Sponge tool.  Traditional saturation has its uses, but more often than not, Vibrance is the one you want. 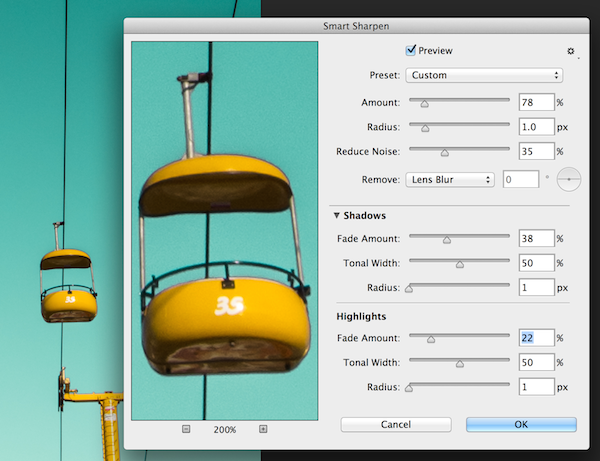 Sharpening is, at its most basic, localized contrast—a trick on the eyes. When you sharpen, you aren’t restoring focus, but you are often magnifying artifacts. For these reasons and more, sharpening should be done in moderation and by using the best tools available.

It’s all in the name. Unsharp Mask (or USM for short) has a funny name—it’s easy to remember and it works pretty well—but it isn’t the most advanced or most powerful way to sharpen in Photoshop. Smart Sharpen is the one you want. Unlike USM, Smart Sharpen gives you a bigger, better preview, more advanced technology (removing Gaussian Blur is very similar to the effects you get in USM, but Lens Blur is superior), the ability to adjust shadows and highlights, and offers easy creation of your own presets, which is a huge timesaver. If you really want to get the most out of Smart Sharpen, use it as a Smart Filter and enjoy the same flexibility you have with layers. 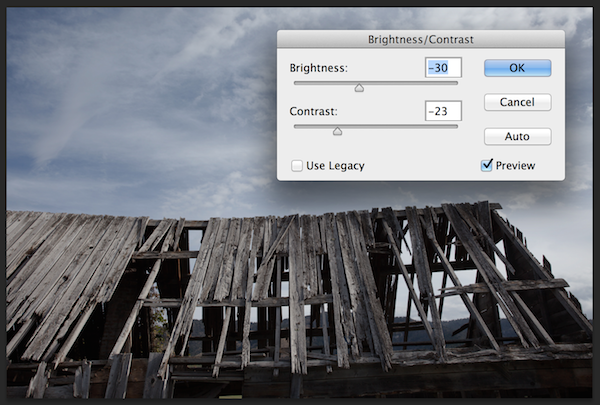 Forget what you used to know—it just works. No more data jumping off your Histogram. We left a legacy checkbox in there just to see how bad it used to be… Just kidding: that’s there for the surprising number of people who benefit from disrespecting their histogram in such a fashion.

Who wants to admit that a piece of software knows more than we do? For many years, Auto adjusted Levels and Curves through pretty basic means, so I don’t fault you for your bias. However, we fixed this too—found in Brightness/Contrast, Levels and Curves, as of CS6 you now have what is essentially Content-Aware Auto.

Photoshop compares your histogram to the nearest relative in a library of great histograms from professional photographers. The results are adaptive, impressive and very often a great place to start. Auto works differently in Camera Raw and Lightroom, but it’s improved there quite a bit too.

For the best results, use duplicate layers and a pressure-sensitive input set very low. For those of you coming to Photoshop from Lightroom, or just wanting to go deep on your pixel edits, there is tremendous power in these (once unusable) tools. If you want to appreciate the improvements, uncheck “preserve details.”

Formerly known as the artifact tool. The brush-based sharpen tool now does an incredible job of localized sharpening—layers and a slow, steady build-up will give you the best results. This tool really shines by sharpening without introducing artifacts. Uncheck “protect details” to remember why you never used to use this one.

What’s so smart about Smart Objects and Smart Filters?

In short, these are references to the original file—and they’re lifesavers. Try this simple test:

– Open an image; change its size to something really small, like 1in wide at 72dpi.

– Resize it to the original size.

What happened? Photoshop threw away a bunch of pixels, and when you enlarged the image, it didn’t have much to look at. “Garbage in, garbage out” as they say. Now try the same trick, but start by converting the image to a Smart Object. When you resize, the image looks as it should—because the reference is to the original. For Smart Filters, it’s probably easiest to think of them as Filter Layers—editable and flexible. Consider the example of Sharpening. It varies wildly depending upon your destination (print vs. web, etc.), but a Smart Filter facilitates complete flexibility—you can change the settings at anytime.

When it comes to Smart Objects, there’s power far, far beyond what I’ve described here. Look no further than Season Two of my free YouTube series Photoshop Playbook to learn more.

The following were once “bad words” in Photoshop and many books (rightfully) steered you away from them. In a steady stream of updates between CS3 and CS6, we corrected them. The following all work very, very well—try them and see.

There is always, much, much more – but until then, I hope you’ve learned to forget a few things and have discovered a few new tricks.

Bryan O’Neil Hughes is the Principal Product Manager for Digital Imaging at Adobe. Since 1999 he has helped to drive, test, demonstrate and lead development of Adobe’s professional imaging applications. Hughes is a featured speaker at Adobe MAX, Photoshop World, Google Plus Photographer’s Conference, Photo Plus Expo, Photokina, WPPI and others. He also has authored original content for the National Association of Photoshop Professionals, Lynda.com, Creative Live and several original series for Adobe (two of Bryan’s videos have gone viral, achieving over 6M views). Before joining Adobe, he was a professional photographer and retoucher. Hughes was inducted into the Photoshop Hall of Fame in 2011.