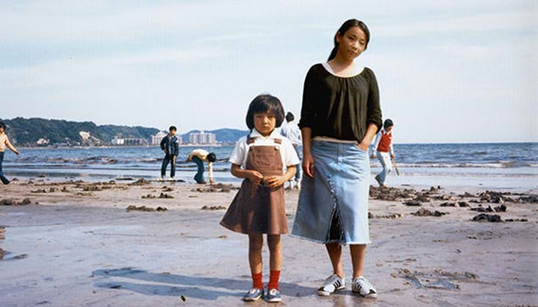 Woman Inserts Herself into Childhood Photos

Simply put, photographs keep wonderful memories alive. Even when we reach adulthood, past photos serve as reminders to a more innocent time: a distant memory that is a clear counterpoint to all present responsibilities. As most wonder ‘what happened to that cute little kid’ as we glance in the mirror, past images serve as a great way to capture our own history, which many consider a fading memory.

London-based Japanese photographer Chino Otsuka decided to take these fleeting memories and interject a comparison of adolescence and adulthood; she has inserted her present-day self into childhood photos. No, she didn’t stumble into a worm-hole that transported her to the past, instead she meticulously inserted herself into these photos. And the result is a spectacular and sentimental ride down Chino’s memory lane.

About her Imagine Finding Me series, Chino Otsuka explains “the digital process becomes a tool, almost like a time machine, as I’m embarking on the journey to where I once belonged and at the same time becoming a tourist in my own history.”

The images she chose shows her childhood self posing in various holidays that she’d taken with her family in her native Japan, France, Spain, China and United Kingdom. It’s also important to note that Chino selected these images with good reason, as the impermanent locations signifies her current situation of being home away from home: “Things are not quite past or present, or somewhere in between…that has reflected from my upbringing, where I’m neither here nor there, and I’m not really Japanese or English.”

Here are other images from Chino Otsuka’s Imagine Finding Me series:

Visit Chino Otsuka’s website to check out more of her work.