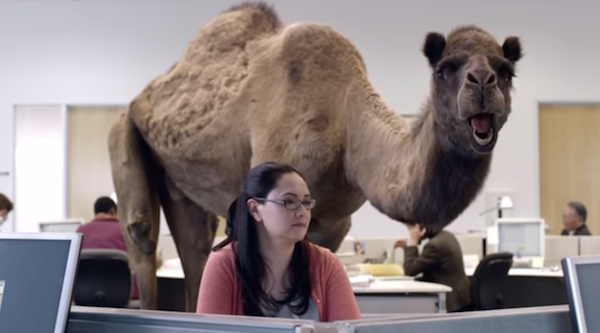 5 Commercials That Got It Right

1. Under Armour, I Will What I Want Women’s Campaign

This effective ad campaign is designed to empower women to pursue their athletic dreams despite stereotypes and people working against them. This particular commercial, we see model Gisele Bundchen boxing and beating the crap out of a punching bag while negative comments surround her. “Gisele is just a model,” “Is modeling a sport now?” and, “She’s nothing special at all,” are just a few of many remarks made towards her. The point of this all? Bundchen continues to box unaffected and unfazed by what’s said because, after all, she will do what she wants.

At this point, I think it’s safe to say that everyone knows that 15 minutes can save you 15 percent. Now, it’s Geico’s job to now bring you that bit of information in new and creative ways. Which is why I chose this particular ad from the plethora of others. I found this one to use a truly effective, not to mention hilarious, method. Using the hump day camel from the popular meme only furthered their like ability and status proving that Geico knows how to stay relevant and fresh.

3. Bud Light, Ian Up For Whatever

This commercial aired during the 2014 Superbowl and featured an average guy who’s approached by a woman and asked, “If I give you this [beer] are you up for whatever happens next?” Of course he accepts and his wild night begins. Highlights include, rapper Reggie Watts cruising with him to a bachelorette party, a makeover from Minka Kelly, Don Cheadle and his llama and lastly beating Arnold Schwarzenegger in table tennis. Overall, this hidden camera approach was both funny and successful.

Weird, ridiculous—say what you will about this commercial—I don’t see any other brand of sorts attempting such a dangerous stunt. Volvo proves that high risk leads to high reward. With over 75 million views, its the most watched automobile commercial. Oh and did I mention that Van Damme’s split was shot in one take?

Anytime you use adorably funny kids in anything, it’s going to be a hit. AT&T’s string of commercials asking kids simple questions that work to their favor are of the networks most popular advertisements.