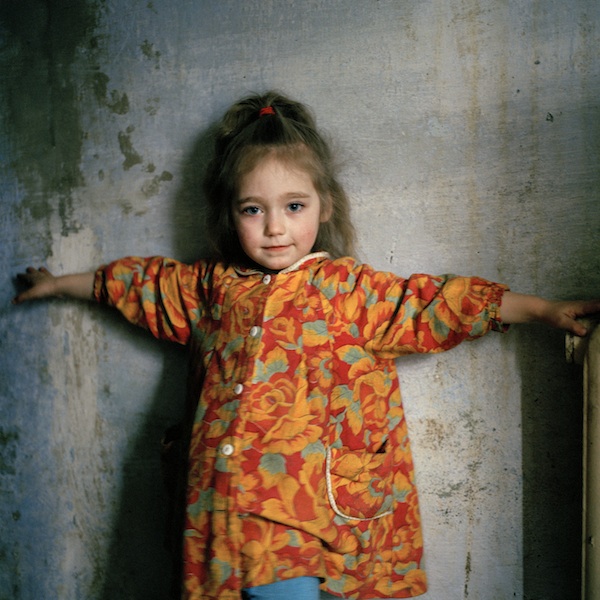 Yesterday, Oct. 15, Resource announced the 35th Annual W Eugene Smith Grant in Humanistic Photography and Howard Chapnick Grant for the Advancement of Photojournalism. This grant allows for the continuation and support of a meaningful photojournalism project, much  Smith’s work throughout  his own 45-year long career. Last night, no less than 100 attendees turned out for this prestigious award ceremony at The School of Visual Arts.

© Joseph Sywenkyj, A wounded demonstrator receives aid during violent clashes with police forces in the center of Kyiv on Hrushevsky Street. The violence began after demonstrators marched toward parliament from Independence Square. They encountered police forces who blocked their path and the violence ensued from there. Hundreds were wounded in the violence and at least three demonstrators were killed over several days. January 19, 2014.

Joseph Sywenkyj received the coveted $30,000 Grant for his Verses from a Nation in Transition project. Since 2001, Sywenkyj has been visiting Ukraine—before permanently moving there—capturing lives that were affected by the country’s current political strife. By documenting this troubled time for Ukraine, Sywenkyj  intends to continue illuminating  the crises these families endure.

“Eugene Richards, who is an incredibly influential photographer to me, received this grant years ago and was here again tonight. He reminded me about the depth and history behind this award,” Sywenkyj said. “Receiving the award allows me to continue my project that I’ve been working on since 2000. I can continue photographing this historical and transitional period in Ukraine. This grant means a lot; it means absolutely everything… I’m completely humbled by this award.”

©Joseph Sywenkyj, A young woman steps off a destroyed vehicle that was used to form a barricade during a lull in violent clashes between demonstrators and police forces on Hrushevsky Street in central Kyiv. January 21, 2014.

Moises Saman, who was not in attendance, was the recipient of a $5,000 Fellowship for Discordia: The Arab Spring. Saman’s work took place over four years throughout several different Arab countries including Tunisia, Egypt, Libya, Iraq, Lebanon and Syria. Saman chronicles the state of these countries throughout their tumultuous uprisings and downfalls.

“I’m interested in documenting the current period, one in which a certain clarity  is starting to emerge in countries like Egypt, where after years of lurking in the shadows during the revolt against Mubarak and the ensuing Muslim Brotherhood experiment, the Army has finally emerged as the true winner, triumphantly personified in the election of Abdul Fatah al-Sisi,” Saman said.  “I am also fascinated by the phenomenon of ISIS, and how secterian extremism has filled a power vacuum in large sectors of disenfranchised middle eastern society.”

© Moises Saman, Birqash. April 22, 2011. Animals for sale at a camel market held in a school in the village of Birqash on the outskirts of Cairo.

As for the Howard Chapnick Grant, Muriel Hasbun was the recipient for the laberinto project—a cultural preservation project that helps launch internal art outreach programs.

“It was a labor of love since 2007 and a labor of conviction because art and photography can change the world in some small or big way. The project is documenting a collection of art during the Salvadoran civil war and its aftermath. It’s then digitized so it can be accessible to the public both here, El Salvador and other Central American countries where there aren’t many arts education resources,” Hasbun said. “I’m hoping that this grant can help the immigrants from Central America by showing them art work from their region and to better connect them to artists.”