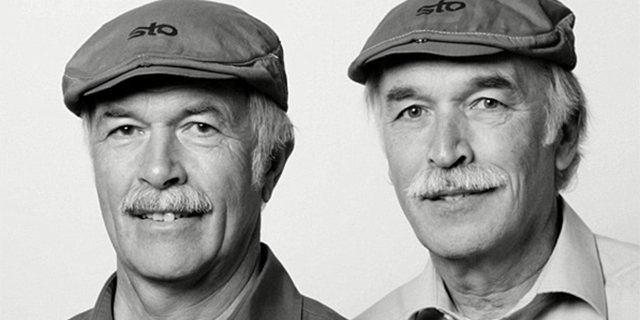 There’s a belief that somewhere on this planet, there’s someone who looks exactly like you. For photographer Francois Brunelle, it isn’t simply a prevailing belief, but is what fuels his mission to track down look-alikes-  two unrelated strangers who possess an uncanny resemblance as photography subjects for his unique series.

Based in Canada, Brunelle spent much of the last 12 years tracking down individuals who so much alike other people would mistake them for twins. His fascination for uncovering the mystery behind our identical doubles stems partly from his own resemblance to British comedian Rowan Atkinson’s character Mr. Bean.

Not related to each other: Rudi Kistler, Maurus Oehman, Mannhein, Germany © Francois Brunelle

“I found my first subjects simply through people I knew who looked alike. Then as the media covered my project, more people came forward to take part,” Francois told Mail Online.

Check out more photos from his ongoing I’m Not a Look-Alike Project below.

Sisters? No they’re not © Francois Brunelle

Head over to Brunelle’s website to check out more of his work.