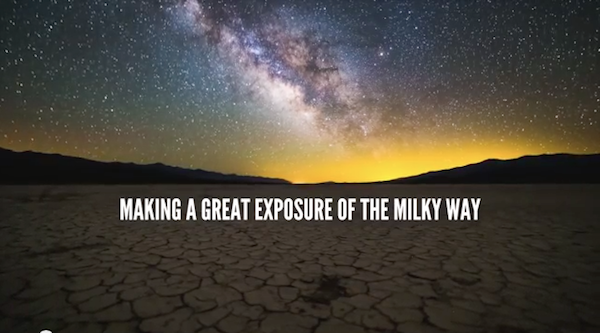 Check Out This Tutorial on Timelapsing the Milky Way

This is a perfect way to learn some new skills for your photography quiver. In it, you will learn how the photographer, Ian Norman, uses a time-lapse sequence to capture the Milky Way. That’s right, this photographer has found a way to capture the entire galaxy.

Pairing up with Dynamic Perception, Norman and his team were able to use a stage one rotary access and stage one slider to accomplish their task. The slider allowed the camera to move from side to side through the use of an MX3 motion controller that gave Norman control over where the camera goes.

The tutorial is divided into three separate sections, like chapters in a book.

1. How to get the Milky Way exposure.

2. Programming the motion controller and shooting the time-lapse.

3. Processing and compiling the time-lapse.

If you’re somebody who likes to grow in your knowledge and skills, in other words be more educated, then this is a video worth paying attention to. I’ll admit, I ended up watching this video much more than I intended to, particularly because he is so involved in his craft. He researched spots around the country that had darker locations, he shot around the moon calendar. It is a testament to his resolve and work ethic that he was able to get this done.