I just returned from DJI’s first launch party for a product here in San Francisco, where we got to see the new Inspire One first hand. After seeing it in action, looking at it perform and examining the specs on this new drone, you will be hard pressed to have anyone argue with this statement: The DJI Inspire 1 will be the best quadcopter on the market when it ships November 30.

[To see videos produced with the new Inspire One, make sure you check out Adam’s article here.]

Why? Right now when you buy a quadcopter, say the most popular on the market the DJI Phantom, you have a decision to make: do you get the GoPro mount with limited monitoring capabilities, or do you get the Vision which isn’t as upgradeable or modular as having a GoPro-centric setup. With the Inspire One, DJI made those decisions moot. 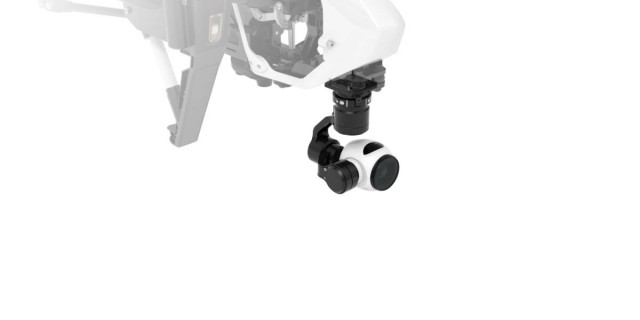 The Inspire has a new type of mount which is completely modular and upgradeable. That means you can get whatever setup you want, mixing and matching the camera you use as the technology changes. You can also interchange between a GoPro and the Inspire camera as you see fit, provided DJI releases a GoPro mount (which we are sure is coming). That said, the included Inspire 1 Camera shoots 4K video at 24p and 30p, and can shoot HD video frame rates from 24p to 60p. It features a 1/2.3″ CMOS sensor with a 94-degree field of view lens. 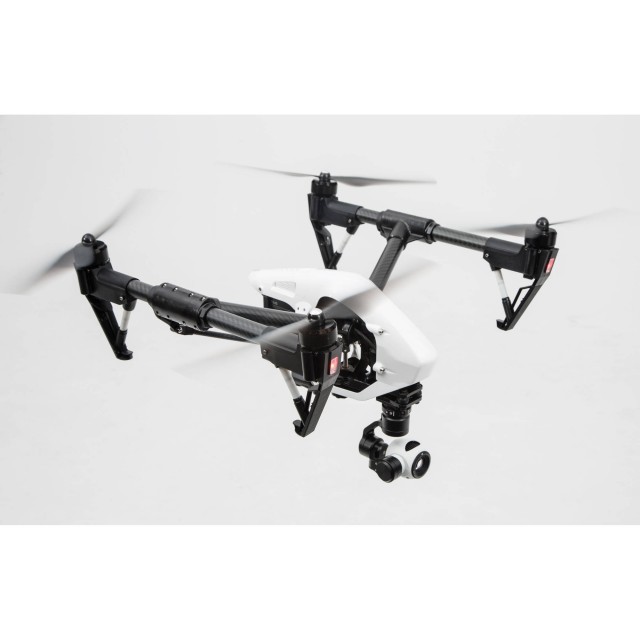 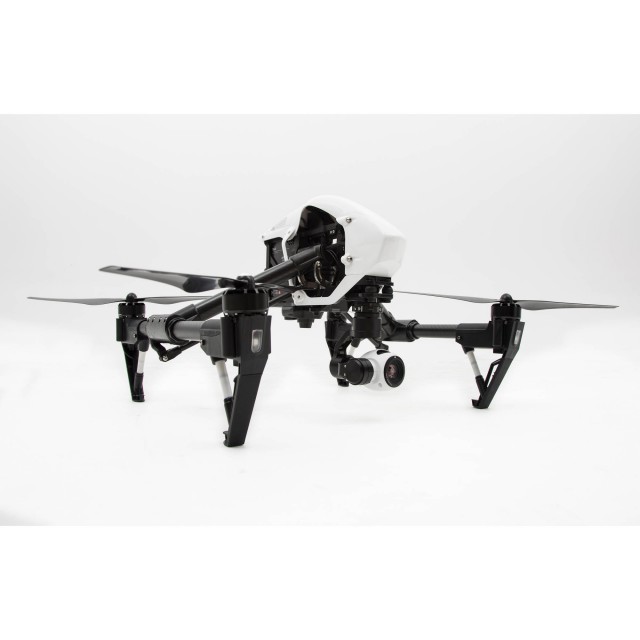 The camera is mounted via an integrated 3-axis gimbal which uses brushless servo motors to keep the shot stable and the horizon level. Here is the cool part, and something that you can’t do with the Phantom: The camera pans a full 360-degrees so that no matter which way the quadcopter turns, the camera can remain locked on the subject. Because the “wings” (or legs) move up and down between flight and landing, the legs lift out of the shot when the Inspire is in the air. This allows for greater control in the air for getting shots that were before impossible.

Another new addition is DJI’s Optical Flow technology uses a specially designed camera as well as sonic waves to provide the same stability function indoors as GPS does outdoors. This technology allows the Inspire to hold its location, stop when the controls are released, and respond to pilot commands even when GPS is unavailable. You might be thinking that you wouldn’t want to fly the drone indoors due to noise, especially if you’ve flown the Phantoms. The thing is, the Inspire is considerably quieter. Like, a LOT quieter. Flying just overhead, you barely noticed it. This is perhaps the most impressive thing to me about the new drone. If nothing else, it’s far less intrusive than any other drone I’ve encountered.

Everything from manual camera controls to flight telemetry – even auto takeoff and landing – can be accessed via the Inspire 1 Mobile app. The new controller is pretty slick too, with upgraded everything. 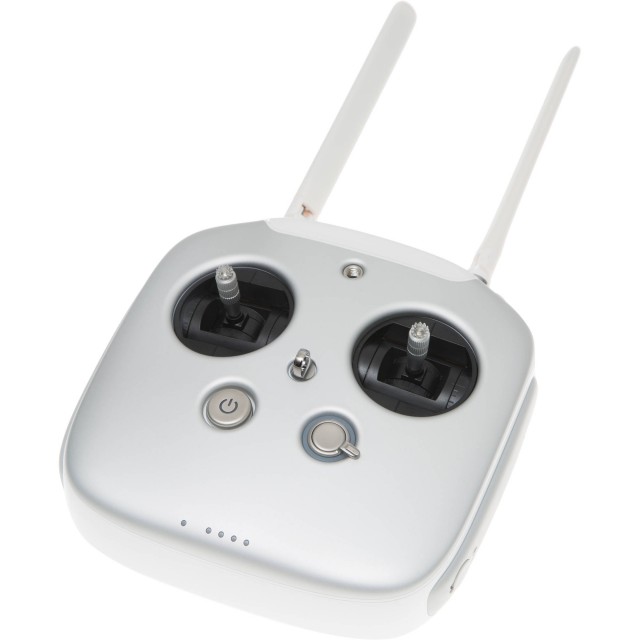 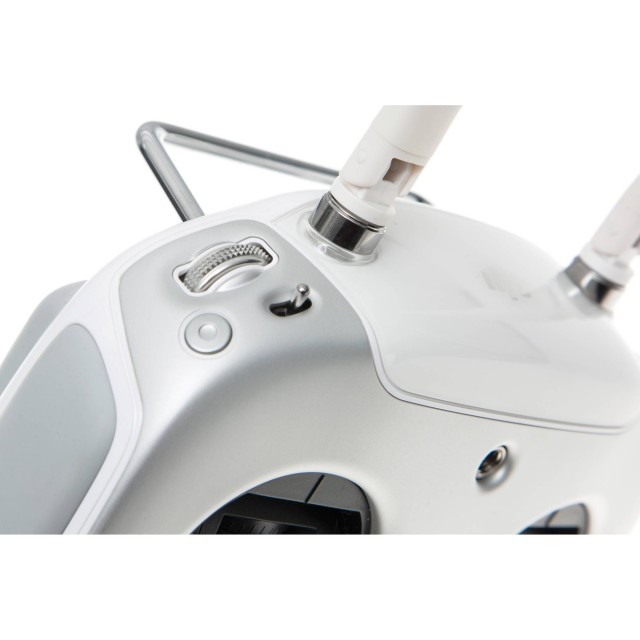 One final note: you can get the Inspire 1 with one and two controllers… but why would you want two controllers? Because each controller can be set to two different tasks. One pilot can focus on flying the quadcopter while a second can control only the camera. This kind of teamwork will allow for more defined, exacting flights and video shooting that you would see on larger scale productions. It really opens up the drone to a lot more professional uses.

Speaking of professional, that might have been DJI’s goal with the Inspire. Though they already have octocopters, the Inspire 1 fits neatly between the highest end drones and the Phantom series. It’s bigger, sleeker, has more options and accelerates and decelerates faster and smoother than the Phantom. The way it flies, the types of video and photos it is capable of capturing, and the general feel of the product really stands out. It’s easily going to be the best quadcopter you can find out there, and its priced well for those looking to take a hobby that extra step further.