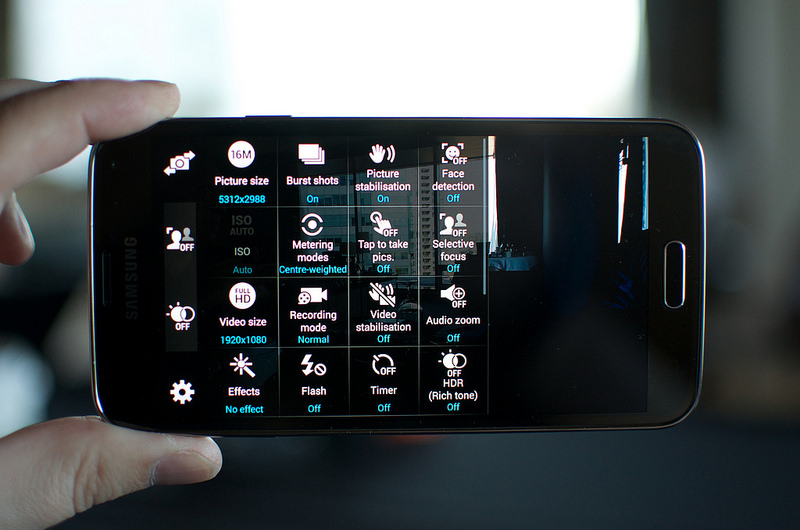 Today’s mobile phones do more than just make phone calls and send text messages. If you’re like most people, your smartphone is your go-to device for capturing photos. It’s always in your pocket! Smartphones have improved dramatically over the past few years, and now the lenses and sensors can produce high-quality pictures of five megapixels or more, rivaling many point-and-shoot cameras. However, you may not be taking the best photos that your smartphone is capable of. If your photos turn out blurry, grainy, or lacking pizzazz, try these tips to get your pictures Instagram-ready.

The Android’s native camera app is adequate for taking photos, but you’re not limited to that app. In fact, many of the free camera apps on the market can help you take better, clearer pictures. Here are seven great smartphone apps to choose from, with many camera apps including features such as anti-blur, grid squares to line your shots up properly, and advanced editing and sharing options.

Your smartphone gets a lot more use than your standard camera. It’s in your pocket or hands all day long, so the lenses easily get dirty. A fingerprint or smudge on the lenses can ruin an otherwise great shot, so before taking photos, clean the lenses with a microfiber cloth.

3. Use Gridlines When Taking Shots

Gridlines are helpful for keeping your pictures straight. More importantly, however, they help you implement the rule of thirds to take eye-pleasing photos with ease. The rule of thirds emphasizes placing the horizon in the top or bottom third of the photograph, with other elements falling along the intersections of the gridlines to create balance.

4. Use the Landscape Orientation

5. Use the Highest Resolution

New Smartphones like the Samsung Galaxy S5 are excellent phones that can shoot at a very high resolution. And typically the higher the resolution of your photo, the better it’ll look. Choose the highest photo resolution available in your camera settings to ensure that your pictures are high quality. Whenever possible, use the rear-facing camera for your selfies rather than the front camera.

When you choose the highest resolution for photos, you’ll need to store them externally rather than in your device storage. Use photo-sharing apps and cloud storage services such as Picasa, Flickr, and Dropbox to keep them off your phone. Alternatively, you can also purchase a high capacity micro-SD or SD cards to store these high resolution photos directly on your phone.

6. Get Closer Instead of Zooming In

Most phones are equipped with a zoom function, but you should never use it. It enlarges the image but compromises quality, resulting in grainy, blurry images that you’re probably too embarrassed to share.

Instead of using the zoom, get as close as you can to your subject. If you have too much background in the photo, you can always crop it later without sacrificing the quality of the photo. Many apps allow you to crop your images, including the native camera app. Other popular choices include Photoshop Express, Instagram, and Snapseed.

Smartphones don’t have a real flash. The bright LED light that the camera uses as a flash is slow and often too bright. Unsightly red-eye and washed-out images are common when using the flash function.

Eliminate the need for a flash altogether by taking advantage of natural light. By changing your position, getting near a window, or simply walking outside, you’ll get brighter photographs with true-to-life colors. If you have to use indoor lights to get bright enough photos, opt for white lights, and stay away from bulbs that cast a yellow tone over your photo’s subject.

By using these tips, you can use your smartphone to take photographs that rival those from a traditional camera. They’ll be clear, colorful, aligned properly, and filled with natural light. Also, you’ll find that the more you practice taking better photographs, the less editing you’ll need to do.